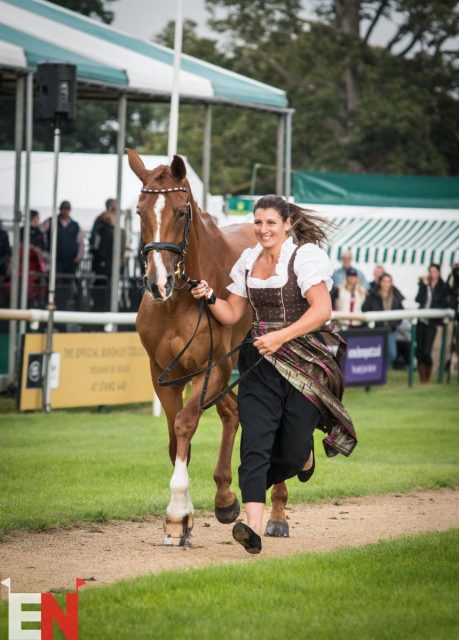 Hang onto your hats, dear readers: the deadline has passed for federations to name their teams for the Longines FEI European Eventing Championships (28 August – 1 September), and we’ll be force-feeding you a heaping helping of announcements over the next day or so. This morning, we’ll be looking at two of the underdog nations on the hunt for Tokyo qualification.

Both Austria and Finland will field a team at Luhmühlen, all being well — Austria has named four horse and rider combinations, while Finland has named just three, so all three will need to present at the first horse inspection to be eligible to join the qualification hunt.

This will be the first time we’ve seen Austria field a full team since the 2007 European Championships at Pratoni, where they finished ninth. Congratulations to:

Harald Ambros brings forward the most significant championship experience, with a resume that includes trips to four senior European Championships (2003, 2005, 2007, and 2009), two World Equestrian Games (2006 and 2010), and three Olympics (2004, 2008, and 2012). The subsequent injury of his London 2012 ride O-Feltiz meant that it took Harald until 2018 to re-establish himself at the CCI4* (then three-star) level. With the ten-year-old Lexicon 2, he’s since collected top-twenty finishes at CCI4*-S competitions at Strzegom and Vairano, as well as a win in Dunakeszi’s CCI4*-L and second place in a CCI4*-S at Montelibretti.

This will be a second senior Championship appearance for Katrin Khoddam-Hazrati, who rode Cosma as an individual at the 2017 Europeans, finishing 24th. The plucky chestnut mare was just an eight-year-old then, and in 2018, as a nine-year-old, she contested her first five-star. Her first attempt, which took place at Burghley, didn’t go quite to plan, and Katrin opted to retire on course, but the duo then rerouted to Pau, where they jumped clear across the country for 26th place.

Daniel Dunst makes a return to championship competition – alongside Harald, he was part of the last Austrian team at the Europeans, back in 2007. He then competed at the Blair Castle Europeans as an individual in 2015, though he was eliminated on both occasions. This time, he’ll ride the ten-year-old Loriot F, who began his international career last season and contested his first CCI4*-S just six months later. He’s since finished 14th in a CCI4*-S at Strzegom and 5th in the CCI4*-L st Dunakeszi.

Rebecca Gerold will make her first senior Championship appearance after a successful young rider career that saw her contest three Pony Europeans (2011, 2012, and 2013), three Junior Europeans (2012, 2013, and 2015), and two Young Rider Europeans (2016 and 2018). The latter was completed in partnership with Shannon Queen, the nine-year-old Trakehner mare she’ll ride at Luhmühlen. They head to Germany with a second place finish in Dunakeszi’s CCI4*-L and a clear round at Strzegom CCI4*-S behind them. 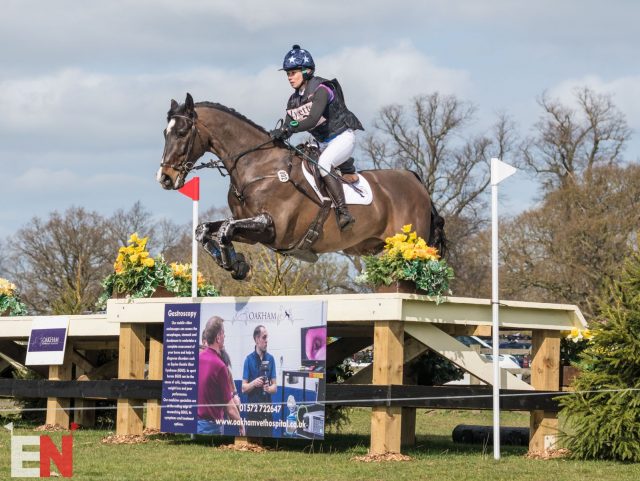 Finland, who have been solidifying their squad under the guidance of top trainer Lizzel Winter FBHS, will debut their very first team at a senior Championship. With just three combinations on their list, the pressure is most certainly on: all three will need to start the competition, and without a drop score, all three will need to do their very best to complete it, too. Congratulations to:

Both Elmo Jankari and British-based Pauliina Swindells bring forward championship experience – the former competed at the 2016 Rio Olympics, the 2014 World Equestrian Games, Senior Europeans in 2015, and Young Rider Europeans in 2012 and 2013, all with Duchess Desiree. Though the fourteen-year-old Oldenburg mare sat out the 2018 season, she’s clocked up a top-ten finish in the CCI4*-L at Strzegom so far this year. Pauliina Swindells and Ferro S headed to Tryon last year and the Strzegom Europeans the year prior to compete as individuals, although they’ve had a quiet 2019 season, with just two international runs. They jumped clear around Belton’s CCI4*-S Grantham Cup in March, but picked up a 20 in the CCI4*-S at Burgham at the end of July.

Sanna Siltakorpi is, perhaps, the rider with the most championship experience on the squad – she’s competed at two World Equestrian Games (2010 and 2014), four senior Europeans (2009, 2011, 2013, and 2015), two Young Rider Europeans (2007 and 2008), and a Junior Europeans (2005). The ten-year-old Bofey Click makes his championship debut at Luhmühlen. Both Sanna and partner Elmo had been named to the team for Strzegom, but Duchess Desiree and Sanna’s mount, Bofey Bridge, picked up minor injuries just days prior to the competition. Now, the German-based couple and new parents are looking forward to completing what they started in 2017.

Denmark is sending just one horse and rider combination forward — Irene Mia Hastrup and her own Constantin M will contest their third European Championships. They were part of the team at the 2017 Strzegom iteration, and competed as individuals in 2015’s Championship. The fifteen-year-old Hanoverian gelding completed his prep run in Strzegom’s CCI4*-S this month with a planned slow clear.

Hungary, too, will send just one pair. Péter Tuska represented his homeland at Junior and Young Rider level, but his appearance at Luhmühlen with Pal Tuska’s fourteen-year-old Hungarian Sport Horse Ben Bendeguz will mark his first senior call-up. The pair hasn’t notched up a cross-country jumping penalty in an international since 2015, nor finished outside the top twenty since 2014, though they have a tendency to flit back and forth between CCI2* and CCI4* with little provocation.