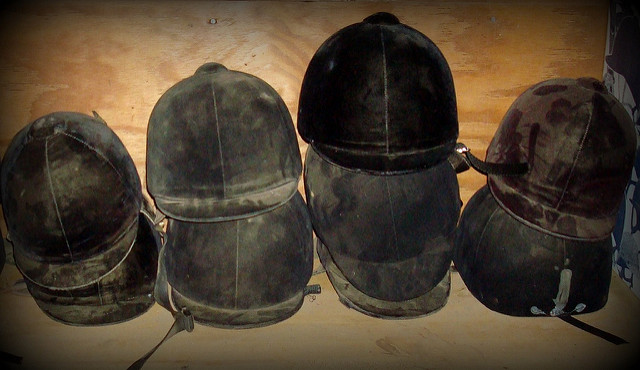 I grew up not wearing a helmet.

I used to find it insulting as an adult that I had to wear a helmet even to ride in an indoor.

But I wear one anyway, and this is why:

I keep a fading Polaroid photo of my International helmet that was cracked in half after a fall on what was to be a easy quiet ride. It’s over a decade old — no one would know even what it is a photo of anymore.

Why keep a disintegrating photo? It reminds me not to be an idiot. It reminds me of eight broken ribs, a damaged shoulder and hip, and multiple bruises… but brain intact.

It was a quiet ride. A normal ride until the spook where we always had had quiet rides. A day I was forced to use a helmet.

I am intelligent. I have a scientific mind that believes everything can be put into a formula.

This one is easy:
NO Helmet + Ride + Fall = Head Injury = Death or Worse

Another thought to ponder: With a traumatic brain injury, you will not be the worst sufferer. It is your family and friends who have to remember who you were. They are the ones who have to deal with the consequences of your not wearing a helmet.

Who will take care of your horse if you can’t?

Don’t be selfish, put the helmet on. If for no other reason, do it for your horse… 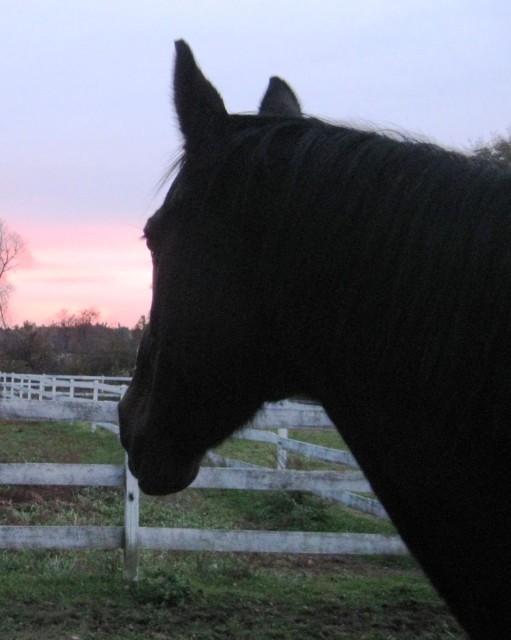 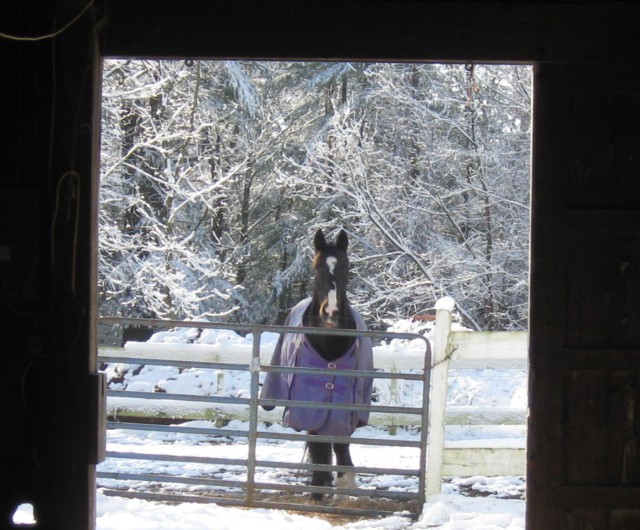 Are horse people better people because they know struggle? What would we be if not dead broke 99% of the time? Do we have more common sense because we know taking a jump without knowing what is on the other side can kill you? Are we more practical and cautious because we know everything can be so good and then end in heartbreak? Are we such optimists in that we know today it may rain but tomorrow the sun will rise?

Probably by now you have caved in and bought a few lottery tickets. What would you do if you won a substantial piece of the $1.5 billion? We all have our fantasies about if we were rich, but I have noticed a difference in comments made by horse people who own horses, muck stalls and have known what it is like to eat rice and beans in order to pay vet bills compared to “the others,” the unfortunate non-horse people.

Many of the horse people I know have said they would first go to the barn, shut down Facebook, get an attorney, take out enough for what they and their horse(s) need for a year and sit on the rest for a year or more. No romantic comments about donations and saving the world, family and friends. Just a cautious attitude about walking the course first and then deciding how to take the course.

So what would you do? 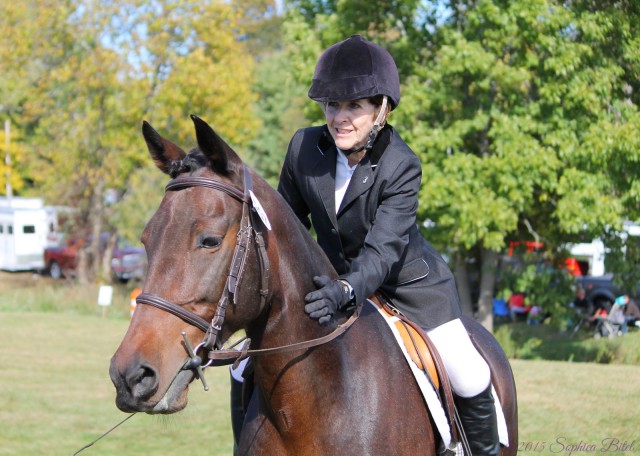 Riding takes courage. You may not want to recognize that because it makes you think of everything that can and does go wrong when you ride. When there is a serious accident, it takes a great deal of courage and personal strength to ride again, and some of us can never ride again.  That is why I want to recognize a rider today — a rider who did ride again.

I would like to take a moment to acknowledge a great accomplishment of one rider at the WNRDC Pipestave Horse Trials in West Newbury, Massachusetts, on October 11. The blue ribbon in dressage may have seemed ordinary to some, but it was a great victory by a quiet, unassuming woman on a small, dark bay horse you would not necessarily notice.

Allie Jones and Jilco took first place in dressage, but it was more than a dressage test we watched. A few years back on a windy day with her previous horse, a Friesian, Allie was in a horrific riding accident which involved being dragged down a road by a galloping, spooked horse that resulted in severe injuries that required reconstructive surgeries and months of therapy. Allie did know if she would give up riding or even be able to ride again.

Allie during her long recovery fostered a New England Equine Rescue (NEER) North mare named Jilco. She started slowly riding again and adopted Jilco. With the help of friends and the support of her fellow riders at Riverrun Farm in West Newbury, Massachusetts, she started to do ring work, and then trail rides, and then began to compete locally with Jilco.

It was not easy. Jilco can be a nervous mare at times, but Allie Jones persevered. Many of us watched with trepidation as the wind came up suddenly and Jilco became jiggy as they were ready to begin their dressage test. Allie was amazing, staying calm and giving Jilco confidence. Unless those watching knew their story, it appeared to be just another dressage test.

What can be said except: Allie Jones and Jilco, congratulations on your blue ribbon. Tt was more than well deserved. You are an example to all of us of courage and how a rider can come back from injury and adversity.

I hope some day your new granddaughter will know your story and understand when she competes. It was more than just a ribbon you won that day. 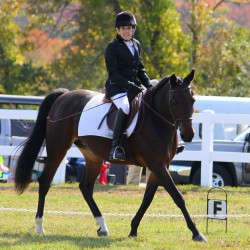 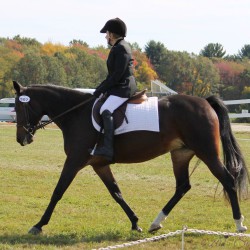 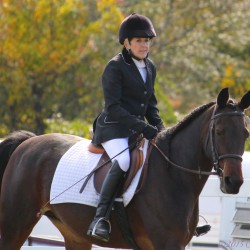 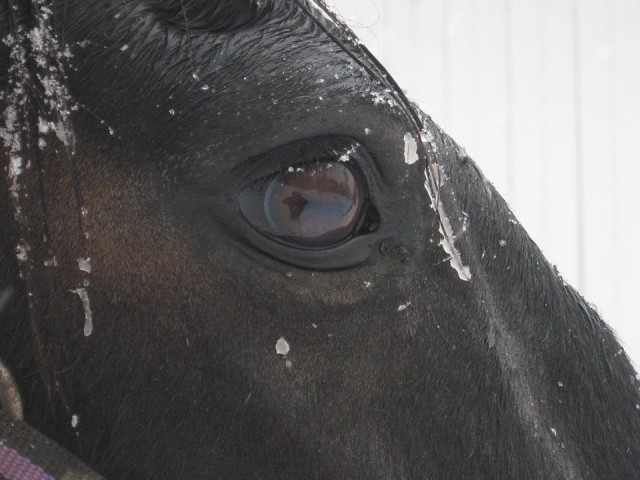 To the horse people of New England:

We should be proud of one another and grateful to be part of such a fine community.

Mother had a saying that difficult times show you your blessings. It has been a difficult winter for horse people — more difficult than many have ever known. For those who are horse and livestock caregivers, it has been a nightmare.

But through it all, our community has been strong.

The past few days, our community has experienced the horror and tragedy of barn collapses and winter accidents, horses have been lost, a horse rescued from a 10-foot drift and loose horses running down a highway, but our community has shown its strength, resiliency, compassion and empathy.

No call for help went unanswered. No displaced equine was left without shelter or care. People offered their transport, their barns, their blankets and feed. They cared about strangers in their time of need and went to their assistance.

We are a unique community of extraordinary people and should be proud. We are the strong, the caring and downright bad asses when things go wrong to make them right.

We are the horse people of New England. We stand together in times of trouble. We should be proud of one another and grateful to be part of such a fine community.