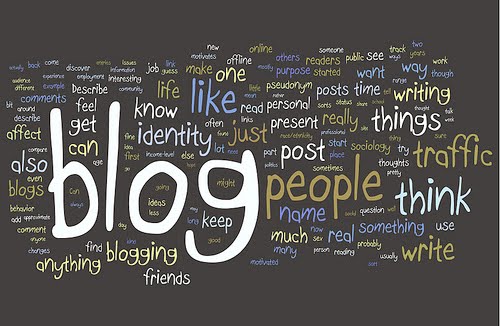 The final four Blogger Contest participants have sent us their final piece, and now we need your help deciding the winner. We will be posting their final articles today here on Bloggers Row, and we invite you to give us your feedback in the comments.

British Eventing needs to Embrace the 21st Century!-An open letter to The Princess Haya with the FEI

Rolex Husband here. Recently the British Eventing organization came out with some pretty outrageous rules pertaining the use of social media. As a stout proponent of speaking your mind (in an often unfiltered manner), I have serious concerns about this.

My little furry friend over at Eventing Nation, Chinch, has already made his opinion known so today we direct our concerns in a more “official” way to the FEI. Since the FEI APPARENTLY HAS A CONFLICT WITH THINGS DEALING WITH “ROLEX” (COUGH, COUGH….SORRY ABOUT YOUR LUCK KENTUCKY HORSE PARK), I will let Chinch be the official liaison.

First of all, wow, you are a Princess?! That is pretty cool! I love your hair in your bio on the FEI website. Not many people can say they know royalty and I am glad we are now friends.

So, we need to talk about a recent “social media rule” that our friends over at the British Eventing have recently announced. Since you are a princess and seem to have some pull, we really need to you to step up to the plate and let British Eventing know that we live in the 21st century and oppression is really not cool. Maybe we can remind them about what happened in the 1700’s?

Anyways, I live in the good old US of A (affectionately known as ‘Merica) and we tend to believe in this thing called “freedom of Speech”. In our country, great ideas and movements are started by folks that don’t necessarily agree with the norm and we are free to speak our mind. In fact, the guys that led that little movement in the 1700’s established freedom of speech as one of the primary principles of our government.

It seems the British Eventing organization need to catch up with the times. I mean look at this part of the rule:

“Members must comply with the requirements of this Rule at all times, including whenever they use any form of social networking websites that now exist or may exist in the future, including but not limited to Facebook, LinkedIn, Twitter, Wikipedia, Flickr, MySpace, Tumblr, Pinterest…”

MYSPACE?! Nobody uses MySpace anymore! Is that even still a thing?! (I’m sorry if you use MySpace, Princess, I am sure your page is lovely).

Any who, I’m going to ask for a few demands that you should present to British Eventing:

1. Remove from your policy the “Not make any statements that could directly or indirectly damage the name or reputation of British Eventing…”

2. Clarify their position and purpose of this “policy” because as it seems, they do want to channel George Orwell striking fear into the members of British Eventing that Big Brother is watching!

3. As the Princess of the FEI, I would like for you to fully support the emigration of British Eventing members from Great Britain to somewhere else….like…America. See, we have some pretty good riders (#Boyllip) that are welcomed with open arms in the good ‘ol Us of A (‘Merica) that once were sole citizens of another (LESS OPPRESSIVE APPARENTLY) country and have seemed to fit in quite well with the freedoms that we enjoy across the pond. So if any British Riders (Maybe Big Willie? – just a thought) are feeling oppressed, a note from you saying that the FEI will support (and maybe contribute expenses – just another thought) their relocation and contribution to the USEF teams (or some other country I guess – I hear Jordan is nice in November) would be fantastic.

So, again, Princess you look like you have some sense and hopefully will agree that the British Eventing took a turn towards “nut job” on this policy and you guys need to step in and help out. I mean, what would have happened if the good folks who wrote the Magna Carta in 1215 listened to “corporate policy”??

Hopefully you can help get these Brit’s under control!