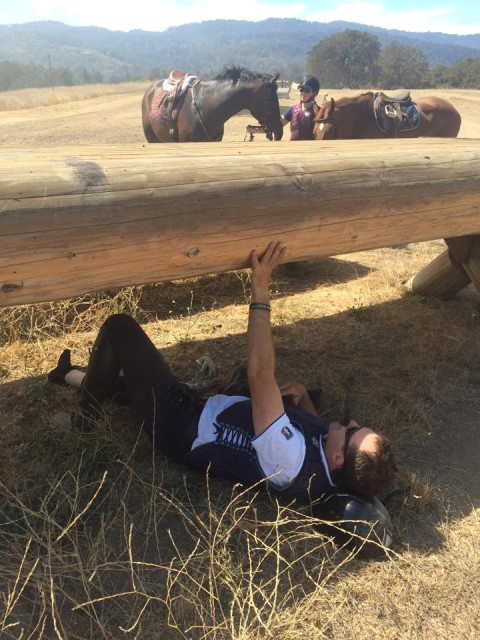 Bobby and Danica Meyerhoff relocated their operation to California in August and have been enjoying the scenery (and being close to the ocean!) as they settle into life as west coast residents.

Not all has gone according to plan, however, as Bobby took a tumble from a horse while schooling cross country last month, resulting in a rather serious knee injury. “I went to Woodside to teach some cross country lessons, and I took a horse along who was moving up to Intermediate,” Bobby said. “We jumped a couple of bigger fences and she was going like a million bucks. We came down a hill and jumped this table with a great distance and she jumped up, and it felt like she didn’t push off to get across it. She landed right on top of it and fell to the right; the table was wide enough that she was on top and my feet were still in the stirrups, so she rolled right on top of my leg.”

Bobby counts himself lucky that he fell off the back side of the table and not directly under the horse, who rolled off to the right side and walked away with no injuries. Unfortunately, Bobby’s knee took the brunt of the force from the fall, and Bobby endured a few trips to the hospital to find out exactly what had been injured.

The end result of the fall, Bobby found last week, is a tibial plateau fracture, which greatly affects the knee joint, as well as a torn MCL and an injured ACL. “I’ve been going to an orthopedic surgeon at Stanford who works with a bunch of NFL players, and they originally thought my ankle was broken too, but it’s just the fracture on the inside of the knee and a small chip on the outside of the knee,” Bobby said. 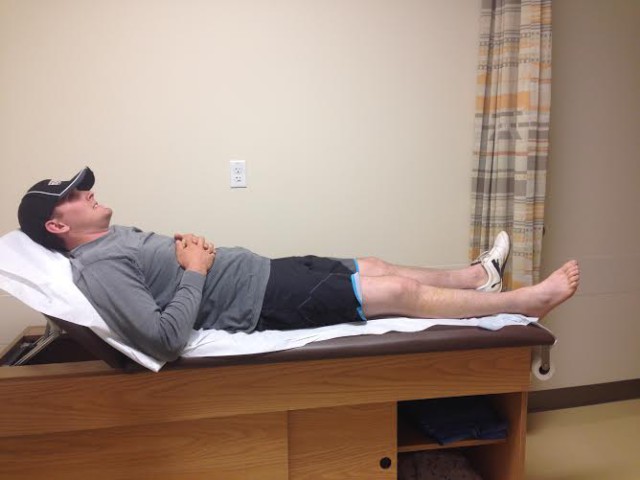 Upon initial examinations, the doctors thought Bobby’s ACL was torn, but an MRI revealed that the MCL was torn. “Right now, we’re waiting to see if the ACL will heal itself because it’s not torn in the usual place where they’d have to do surgery,” Bobby said. “We’re hoping it will just heal on its own to avoid the surgery, which would be a big bummer.”

Bobby is still targeting a return to Rolex in 2015 and hopes to be back in the saddle once spring comes around to train in earnest. “Danica’s going to help out riding the horses,” Bobby said. “Right now, I need to decide what to do with them, whether I want to send them to someone to compete them or if Danica can just keep them in work. Danica’s retired from eventing, but that might be a whole new story if I can convince her to return!“

Aside from the setback with Bobby’s leg, the Meyerhoffs are settling in well at Bonny Doon Equestrian Center. “We should be able to train anything with our facilities and how well they’re set up,” Bobby said. “The people are great, and the eventing community in this area is pretty strong. Business is definitely not bad, and we’re still looking to grow.”

“The town and living here is just like a dream for me, it’s so cool,” Bobby said. “The beach is just three miles down the hill – and I’m learning how to surf! I went out for the first time and loved it, and now I’m hurt, so I’m just a little down on that.”

We’d like to wish Bobby the speediest of recoveries, although he’s still very thankful that the accident wasn’t worse and that it’s coming as the off-season is approaching. Check out the gallery below for photos from Bobby and Danica’s new home base, and be sure to visit their website for more information. 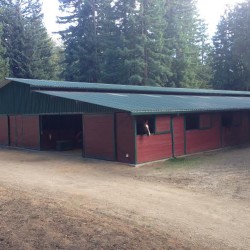 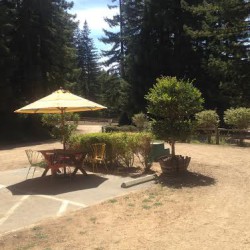 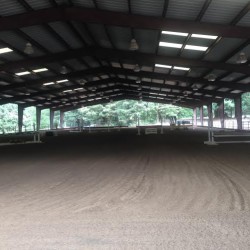 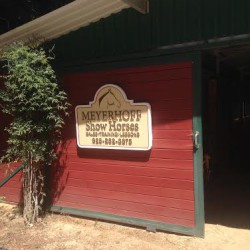 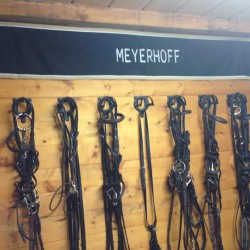 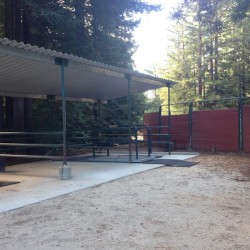 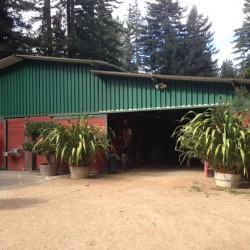