Collegiate eventing is a growing sport among college athletes, offering an alternative to the traditional hunter/jumper, saddleseat and western options typically seen in athletic programs. We recently spoke with Kari Briggs, who manages the Otterbein University eventing team. Do you have a tip about a college team? Email [email protected]. 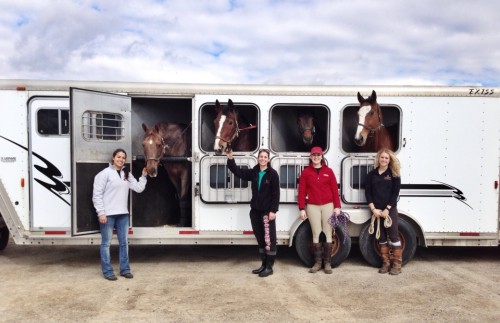 Otterbein University, located just north of Columbus in Westerville, Ohio, boasts one of the best equine science programs in the country. It comes as no surprise, then, that the equestrian team involvement at Otterbein is impressive, to say the least. Otterbein has had a dedicated eventing team for the past 10 years and has had competition teams in the Intercollegiate Horse Show Association and the Intercollegiate Dressage Association as well. I recently spoke with Kari Briggs, a faculty member in the Equine Science department at Otterbein and manager of the eventing team, about her role at the university. 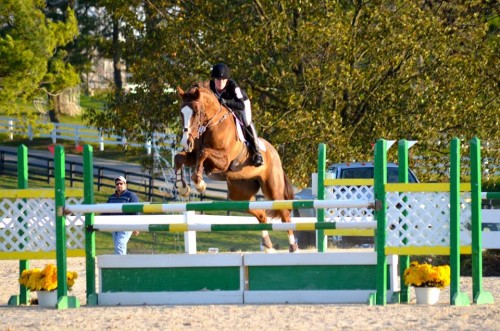 Kari has been involved in the eventing scene for most of her life, competing through Advanced and currently campaigning an Intermediate-level horse. Currently involved in managing all aspects of the equine program at Otterbein, she still takes the time to help each team member work towards his or her own goals.

“We sit down with students and figure out where they want to go and what their competition goals are,” Kari said. “From there, I take a look at the competition calendar for the year and map out our schedule based on who needs what and what each event offers.” The Otterbein team generally competes within Area 8, with the Kentucky Horse Park being a popular destination throughout the year due to its location. 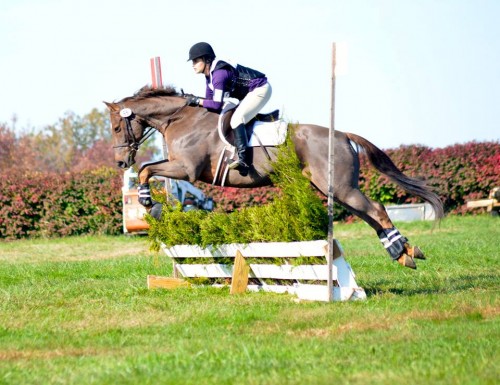 Otterbein is fortunate to have a fair amount of donated horses that are used in practice and competition for the IHSA, IDA and event teams. One challenge that many event teams face is finding suitable horses that team members can lease if they do not own their own horse. Kari explained that students of any level are welcome to participate as a member of the team.

“We have individuals competing at the starter level, so we will take them to some unrecognized events throughout the year,” Kari said. “We also have a student leasing an Otterbein horse and competing at Intermediate, so there is an opportunity for everyone.” Bruce Mandeville is also a faculty member at Otterbein, and as a two-time Olympian for Canada, he brings a wealth of knowledge to the coaching table. Kari and Bruce have also been able to network to find suitable horses for the school to bring into the eventing program.

“Using a network of people that you develop, you kind of start to ‘get what you know,’ if you will,” Kari said. “This is how we ended up with mainly event horses. This is unique to our program because there really isn’t a market to donate an event horse because most schools don’t have the capacity for the Thoroughbreds or (event) horses like that.” 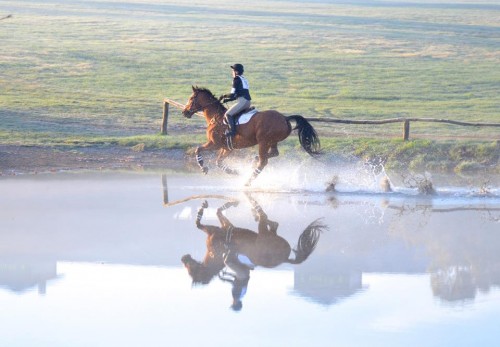 Roughly 80 percent of the eventing team also actively competes on the Intercollegiate Dressage Association team. “I encourage team members to participate with the IDA team as well, especially in the winter,” Kari said. “Dressage is such a foundation of our sport, and winter is primarily used for IDA competition, so they use the off season from eventing to compete with that team.”

Kari and the Otterbein Eventing Team are always welcoming new members, both riders and non-riders. For more information on the program, please visit the team’s website. Go Otterbein.