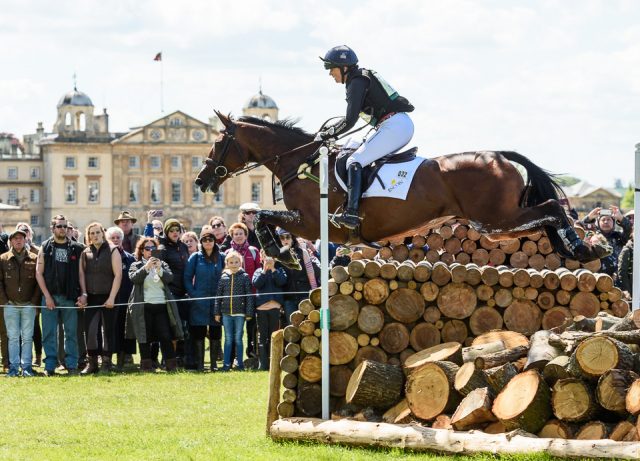 The team at Badminton Horse Trials have announced the cancellation of this year’s event, due to be held behind closed doors from May 5–9. This includes the CCI5* showpiece, as well as the BE90 and BE100 championships, which were set to take place on May 4 and 5.

The ongoing pandemic – and the UK’s continued restrictions – necessitated the tough decision.

“Despite the encouraging Government announcements and rollout of the vaccine, the situation still remains fragile and unpredictable at this time,” said the team in a statement released this morning (March 1). “Following consultation between Badminton, Public Health England and South Gloucestershire Council it has been deemed that due to the scale and location of the Horse Trials it is not possible to secure the surrounding area in the proximity of the event site.”

“The health and safety of all those involved in the event and the local community remains Badminton’s priority and the level of operational and public health risk posed by the Horse Trials was agreed by all concerned to be unacceptable.”

Badminton had put together a robust contingency plan allowing them to host the event without spectators, with plans to move the arena-based phases to the lawn in front of the house as they would have been held in the event’s first decade. Viewers would have been able to tune into the competition via paid live-stream access.

“The announcement of last October to run behind closed doors was with the optimism that it would be possible, so the decision that we are not in a position to continue to plan to run the event at the beginning of May has not been taken without significant thought and consideration,” says Badminton Director Jane Tuckwell. “I am sorry that the 2021 event has become unworkable despite our best efforts, but I am so grateful to all those that have offered support and encouragement over the past few months.”

The Duke of Beaufort, who owns the Badminton estate, says, “Everyone at Badminton is desperately disappointed to have to cancel for the second year in a row as it is so much a feature of the year here, but I am confident that the 2022 event will be very much part of the spirit of optimism we will all once again be feeling by then.”

The Badminton team extended its thanks to “all of our wonderful athletes, owners, volunteers, sponsors, contractors and supporters for your unwavering commitment to Badminton during these difficult times” and expressed its optimism for a return to sport at the estate in 2022.

British Eventing’s departing CEO Jude Matthews addressed concerns about the loss of the Science Supplements Cup for grassroots riders, saying “We understand that this news is disappointing to those competitors who have waited so patiently to compete in the 2021 Cup, following it being rescheduled from 2020. We will now consult with those competitors impacted to look at alternative options and work with them to provide the best opportunities in the current situation.”

Two CCI5* events remain on the FEI calendar prior to the Tokyo Olympics – the Land Rover Kentucky Three-Day Event, which will take place April 22-25, and Germany’s Luhmühlen Horse Trials, which is set to run from June 17-21 and is the last eligible qualifying event on the calendar.

British Eventing’s season is set to start in England on April 2 following the announcement that competitive sport can resume from March 29. Elite athletes – those aiming for CCI5* competition or the Olympics – are able to begin their competitive season earlier, with training sessions and elite-exclusive competitions beginning on March 16.