Sometimes people tell me that my job seems incredibly glamorous — after all, I flit from country manor to country manor, surrounded by blokes in slightly fruity top hats, and sometimes I even drink champagne for breakfast. (I don’t really recommend that, if I’m honest. Bit abrasive.) When they tell me this, I always have a little laugh to myself, because being an equestrian journalist is mostly cobbled together of 14-hour days spent photoshopping away indiscreet bulges and getting so distracted by cute puppies that I miss the leading dressage test.

But honestly, guys, the puppies. Eventers — and eventing fans — really do have the best collection of dogs. So without further ado, here are some of the truly exceptional dogs of Belton. 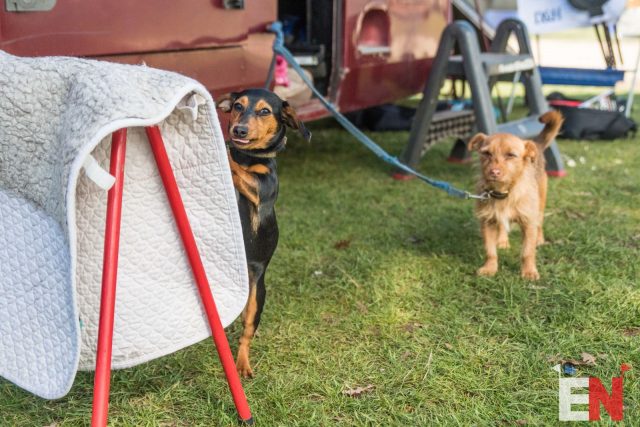 The smallest members of Team French. One of them is a Very Good Boy (or Girl. It could be a Very Good Girl.) The other one…? 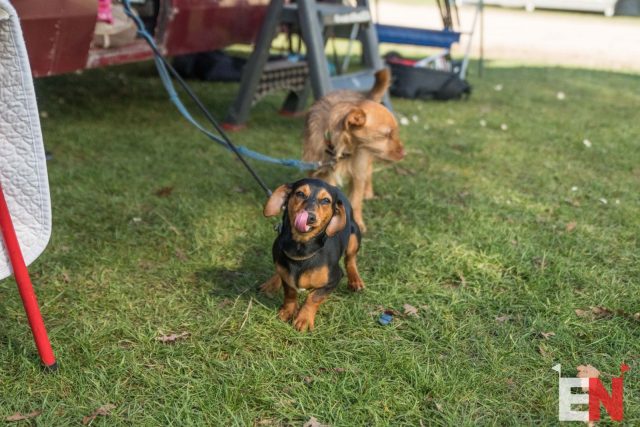 …well, maybe not so much… 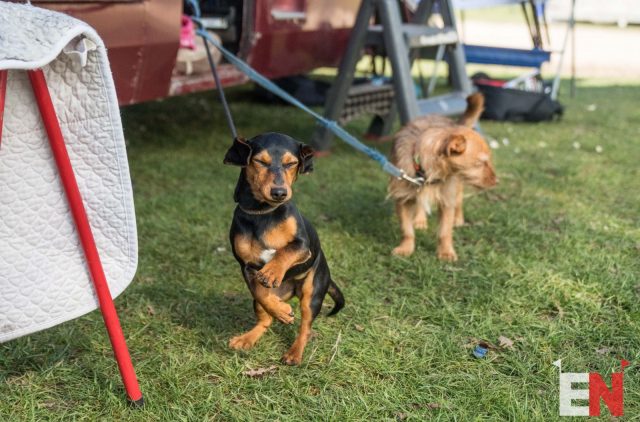 …but her karate skills are absolutely on point. 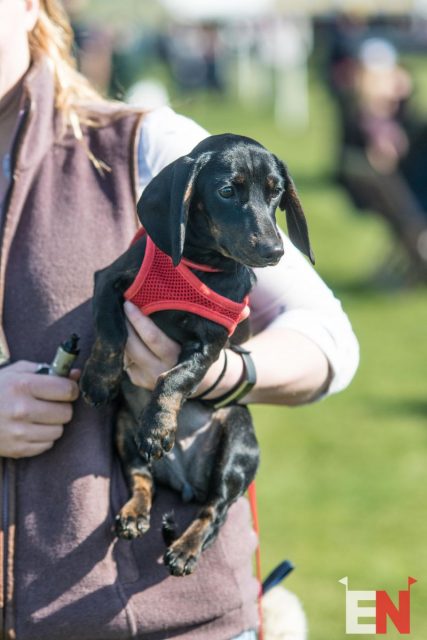 This cocktail sausage, who walked an entire cross-country course on four very small legs, and will not put up with your mockery if she would like to be carried now, thank you VERY much. 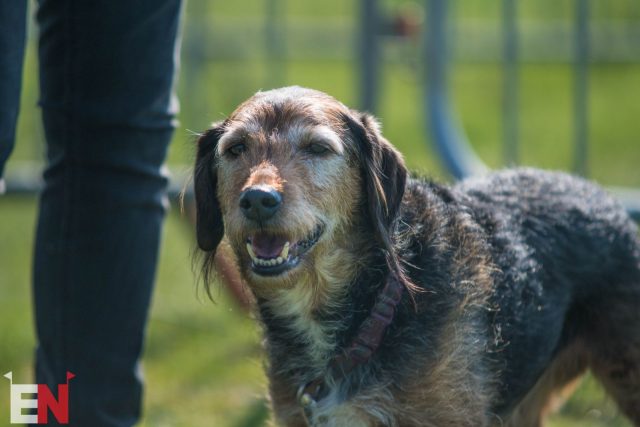 This OAP (that’s Old Age Pup, of course) who’s forgotten more than most of us will ever know about eventing. Can tell you the best cross country fence to widdle on at every event north of East Anglia. 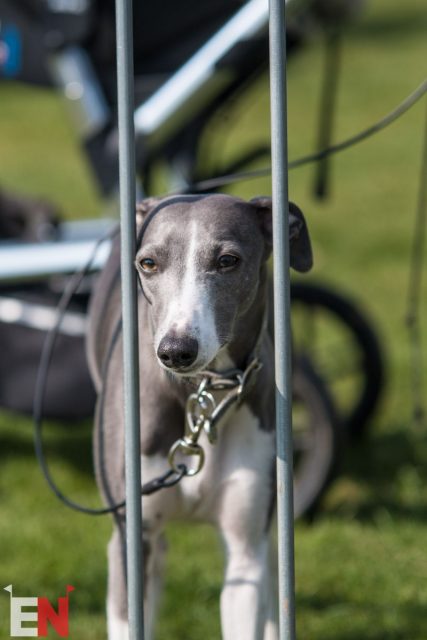 Pretzel Crisp, who has a sneaking suspicion that she might not be her dad Tom’s primary focus today. She’d call the RSPCA on him, but she just can’t get the iPhone to recognise her bean toes. 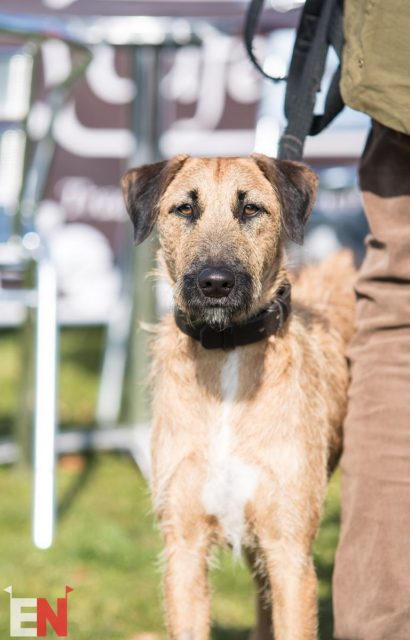 This lanky lurcher, who spent hours in front of a Huda Katan tutorial with her Urban Decay smoky-eye palette, but is now a bit worried that it’s all … just too much. 12/10 for enviable fierceness. 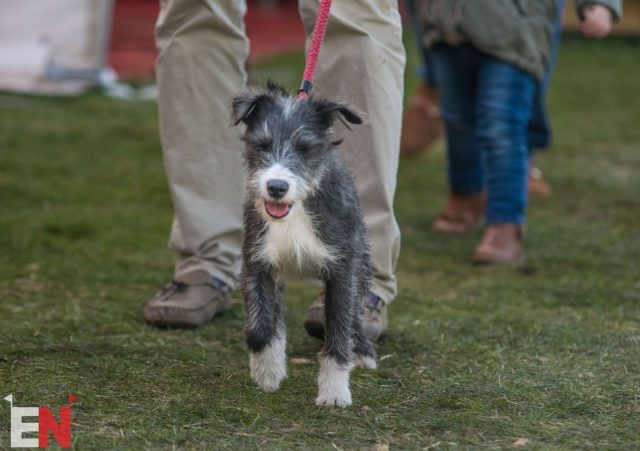 This little chap, whose future’s so bright that he needs shades (or maybe just bushier eyebrows). 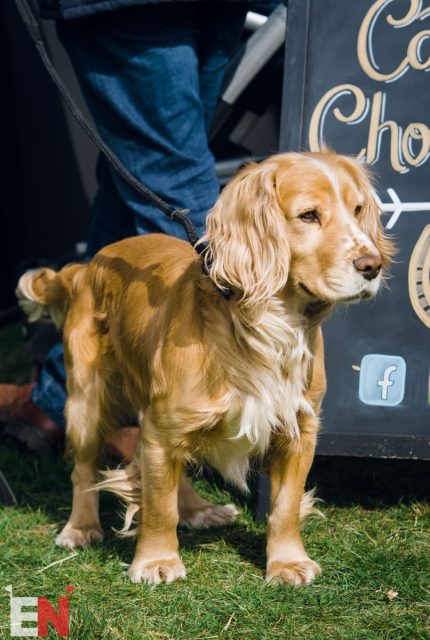 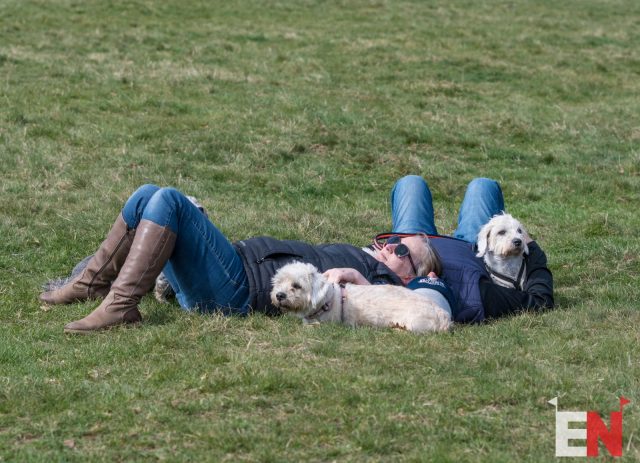 This army of smols, who understand the importance of a jolly good nap and are happy to nibble the ankles of anyone who dares disturb your slumber. 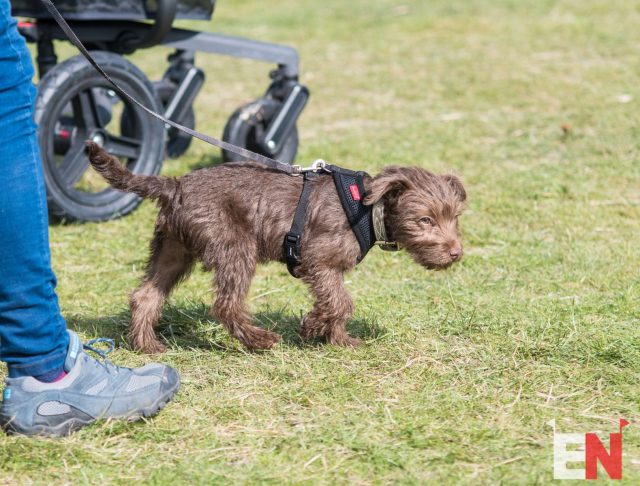 This teeny tiny pup on his first adventure, which he’s finding rather windy but which he’s determined to enjoy, thanks for asking. 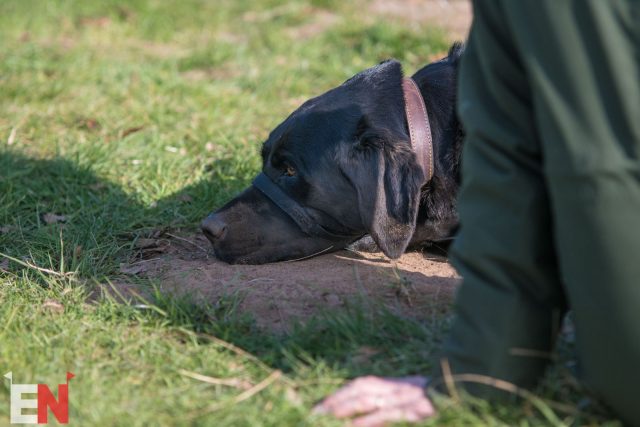 This bored boi, who’s slowly turning himself into a chocolate lab as an act of protest. He doesn’t even LIKE cross-country – he’s much more interested in the intricacies of dressage. 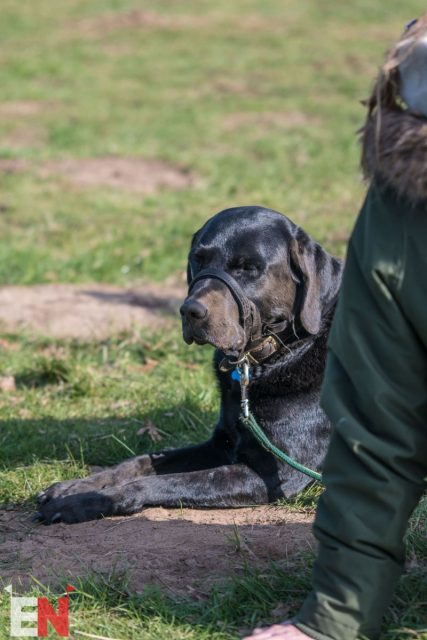 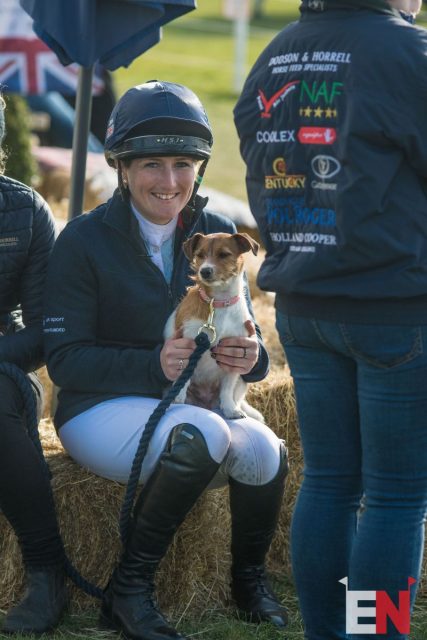 The smallest member of Team Collett, who’s PRETTY sure this whole prizegiving thing is just a complicated means of recognising her cuteness. 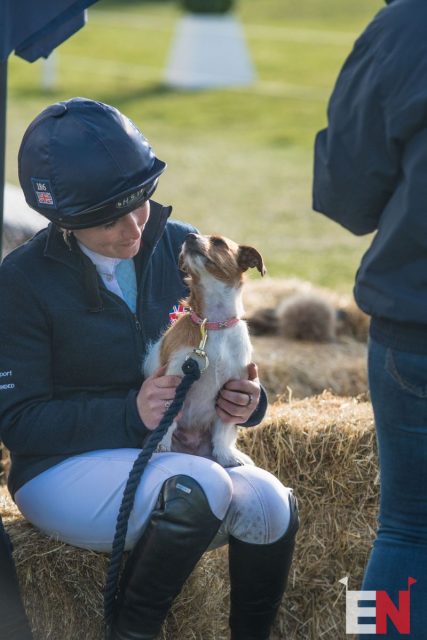 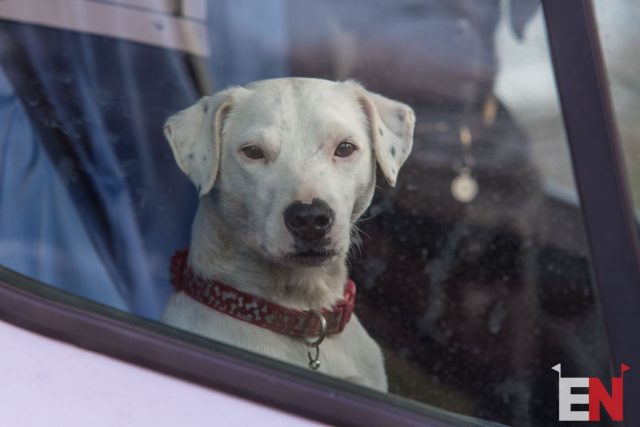 Nutz Upton the terrierist, who’s taking his job as guardian of the lorry VERY seriously… 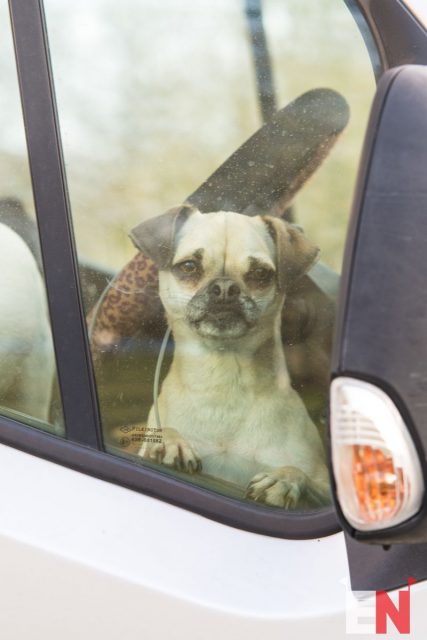 …while Ted the Jug is quite happy for you to come in, if you’d like. But if you’re going to steal the lorry, can he request a trip through the McDonalds drive-through? 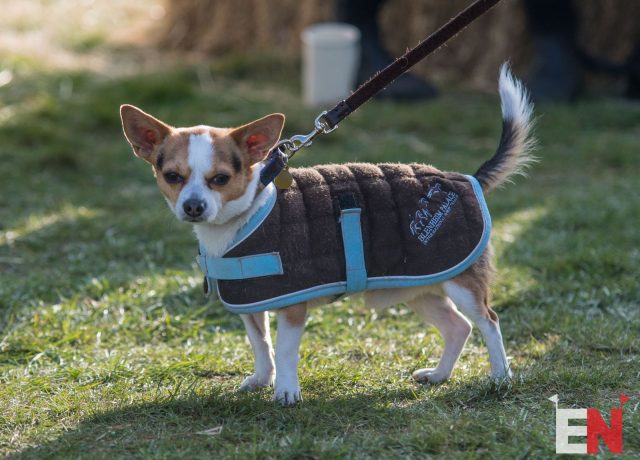 This little guy, who planned his outfit meticulously, only to discover he’d got the wrong ‘B’ event. Terribly embarrassing. 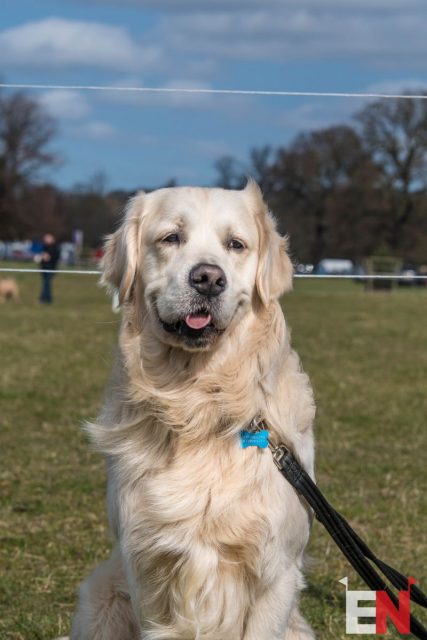 And this 15/10 Happy Boi, who pretty much sums up how we all feel about a sunny day of cross-country.

Of course, it wouldn’t be an enormously frivolous #DogsOfEN post without a poll. Who’s your pick for the top dog of Belton?