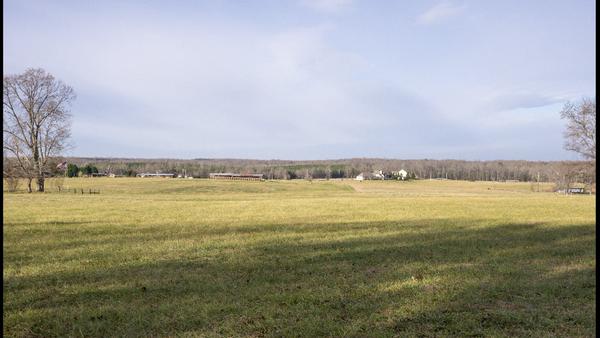 After selling the talented Crown Talisman to Nick Gauntlett in August, Doug Payne knew that he would be able to grow his and wife Jess’ business and ensure their financial security for the future.

Now, the couple is celebrating Christmas a bit early with the announcement that they’ve purchased land to build a brand new farm on. Located just outside of Durham, North Carolina, the farm sits on 30 acres, and plans are already in place to build a top-notch eventing facility.

“This is all because of Tali,” Doug said. “He funded this and got us out of debt, and now we’ll be able to build a future thanks to him.”

Doug and Jess enlisted the help of Pegasus Design Group’s Holly Matt to design the architecture and layout of the farm, which will include a 14 stall barn with an 1800 square foot apartment for Doug and Jess to live in, individual and large turnouts, a covered arena, a derby field, and a perimeter gallop track.

“Before, I would have just said ‘oh, I’ll just do it all myself,'” Doug said. “But since we’ve been working with Holly, there are a lot of small things that I know I would have missed. Now she’s got this amazing design laid out and it’s really going to be a state of the art facility when it’s all finished.”

The farm, which has yet to be named, has been a hay farm since the 1960s, so there is a lot of room to work with when it comes to building new construction. Doug and Jess hope to eventually build a house on the property once they’ve settled in, as well as housing for their staff.

“We’re also excited to have the space to hopefully do some larger pasture area in the back,” Doug commented. “That will give us the opportunity to purchase some more babies and let them hang out and grow up. It’s a much more feasible option for us rather than buying going horses, and we need to have those young horses in the pipeline.“

The location of the new farm boasts a convenience factor as well, with its proximity to major highways to allow clients to come in and the couple to easily travel to competitions. Construction is set to be finished within about six to eight months, with more projects being added as time goes on. In the meantime, Doug and Jess will remain at their farm in Apex, which they are currently renting.

And what about Crown Talisman? “I talked to Nick (Gauntlett) about a month ago and he said Tali’s settling in really well,” Doug said. “I don’t think he’s competed him yet; I think he’s set to really get him going in the spring. I’m really excited for them, I think it’s going to work out very well for both Nick and Tali.”

We’d like to wish Doug and Jess a very Merry Christmas and the best of luck with their new farm. Stay tuned for more updates as construction gets underway!