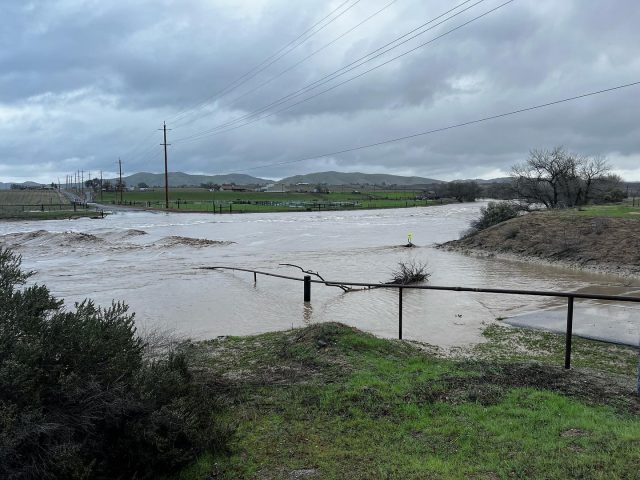 Andrea Baxter, her family, and Bec Braitling were in the midst of a normal morning on January 9. She, like most California residents, had kept one weary eye on the always-open weather apps since late December as historic “atmospheric river” weather has dumped record-breaking water on a state more prone to drought and fire risk than flooding. The severe weather had brought with it warnings of flash flooding in San Luis Obisbo County, home to Area VI staple venue Twin Rivers Ranch, but so far the water had kept away from the property.

“We bought [Twin Rivers Ranch] in 2001,” Andrea told EN’s Tilly Berendt this morning. “And we knew that it was in a ‘100 year flood zone’, but in saying that it’s never flooded. I think the last flood was in 1960, and by flood, I think that it just maybe barely tipped over the levee.” 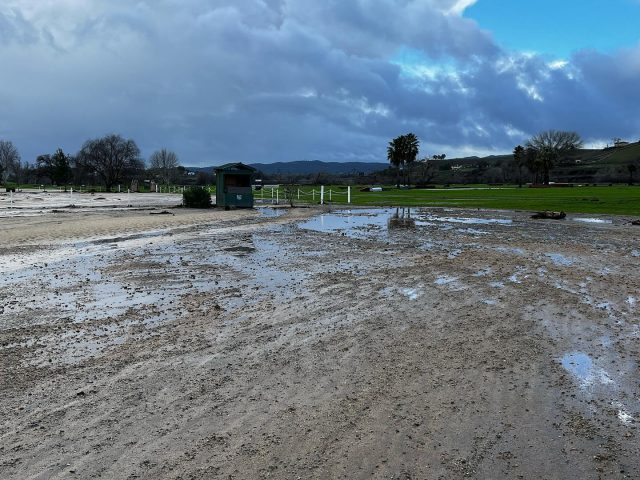 She was in for an unpleasant surprise, however, on returning back home later that afternoon. “I don’t think anybody ever imagined that this kind of water could ever come our way,” she said, describing the scene when she pulled onto the property. Four inches of river covered the dressage courts, and the rising water was making its way onto a significant chunk of the venue’s 500 acres, home to parts of the cross country course, the trot hack field, and the racetrack.

“You call it a flash flood. And that was, you know, we hear about flash floods, and we do hear about them in California, but where we are in particular, it’s just never applied to us. So you know, it’s just crazy how you don’t realize these things can happen until they happen to you,” Andrea explained. 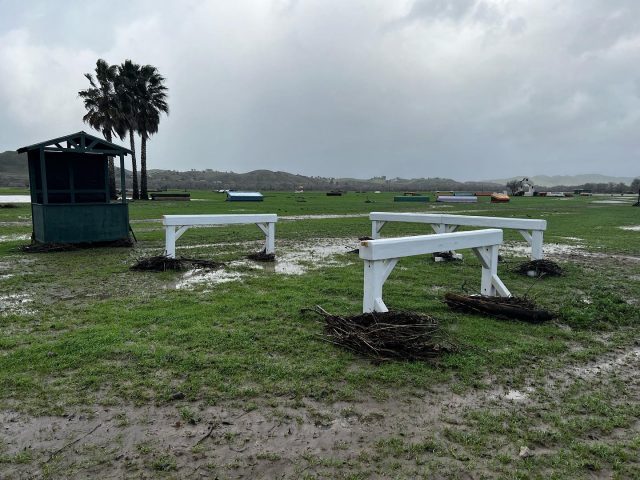 Debris is strewn about the cross country course. Photo courtesy of Bec Braitling.

At that point, Andrea, her parents, Bec, and anyone else who was currently on the property ran down to save what they could of the dressage arena — Andrea here jokes about her mother urging the group to pick the letters up in order, spoken like a true organized horse person! — but still lost about 20% of the framework (someone will have quite a few questions when the letters wash up in the yard, I’d say). The cross country, meanwhile, was in many parts underwater, leaving much to clean up in the river wash wake.

As of today, January 17, Andrea says the water has receded, and while more rain has continued to dump on the area no other flash floods have occurred. The damage done is substantial, however, and so the venue has launched a GoFundMe with a fundraising goal of $25,000 to help cover the costs of bringing in jump builders to assist with getting the cross country in top shape, repairing of the dressage footing and arenas, and other clean-up tasks. 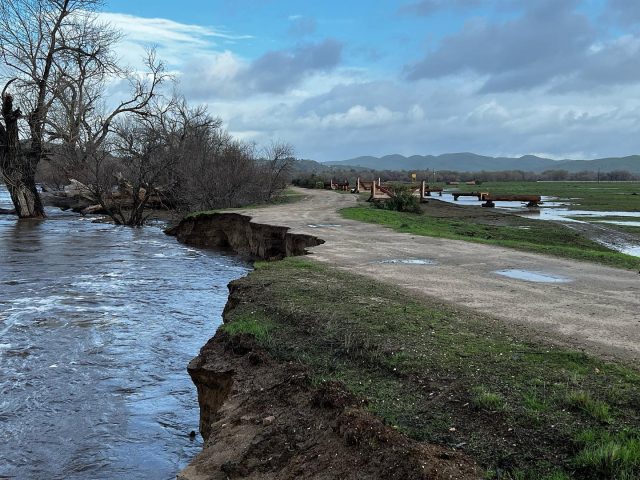 Luckily, all horses and horse areas were safe from the floods — but some of the land was reclaimed by the river. Photo courtesy of Bec Braitling.

The first weekend in March will play host to the first event on the Twin Rivers calendar, and while Andrea says there is much to be done, and the dressage will likely be moved to a different part of the property for this event, riders shouldn’t worry about missing the event. “The main major damage was to the dressage area, race track, and north field where we trot hack,” Andrea explained. “In terms of the March event, we should be able to pull it off. I don’t think we’ll be running dressage in the historic location, but we have somewhere else appropriate for the dressage. But the cross country is in decent condition and in terms of the jumps, it’s going to be more cleaning debris and making sure the footing is safe.”

At the time of this article’s publication, the Twin Rivers GoFundMe had reached nearly $5,000 in donations. You can send a donation to help the clean-up efforts here, and you can also follow the Twin Rivers social channels as well as here on EN for more updates and ways to help.

Tilly Berendt contributed to this story.