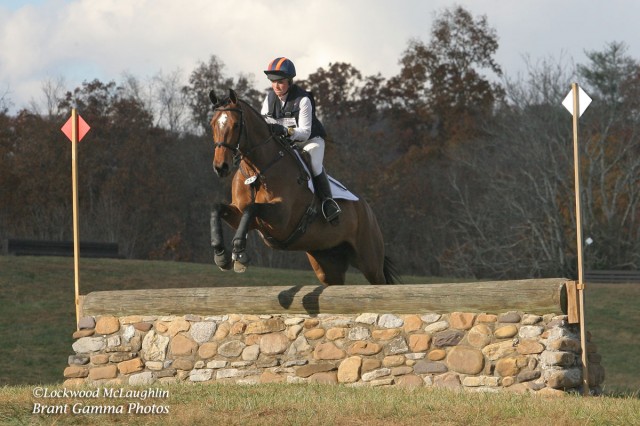 Last week on EN’s Got Talent, we got to know Lindsay Kelley’s newest eventer, Baileymenta Z, a 7-year-old Zangersheide mare. After discovering Bailey at a hunter barn, Lindsay quickly realized that the mare had loads of talent for the event world. After acquiring the mare, Lindsay set about transitioning her from the hunter world to the event world.

The first thing Lindsay learned about Bailey was that she was very much an alpha mare. This combined with the fact that Bailey was seemingly not afraid of anything, Lindsay had to learn how to effectively communicate. “She is very intuitive,” Lindsay said. “On cross country, she barely bats an eye at any jump. It’s almost to the point where I think ‘You do know that jump is solid and won’t come down, right?'” Lindsay has done a lot of jump schooling on the mare, balancing a slow and proper progression of her training with ensuring that the fences are of enough size that Bailey will respect them. Competing at Training level has been challenging for the pair since Bailey clearly thinks she is above jumping these “small” fences.

Dressage has also been a focal point of Bailey’s training for her new career. As we know, hunters tend to go in a lower and longer frame than what would be expected in the dressage ring. “Her neck is set quite high, so they were constantly working to get her head down on a loose rein and this was very counter intuitive for her,” Lindsay said of Bailey’s former career. “Now, it’s a matter of getting her to accept contact and teaching her that it is ok and that it’s not going away. She wants to push from behind and be correct, but you can tell that she questions whether or not this is correct. Everything is going to be really simple once she understands the contact.” 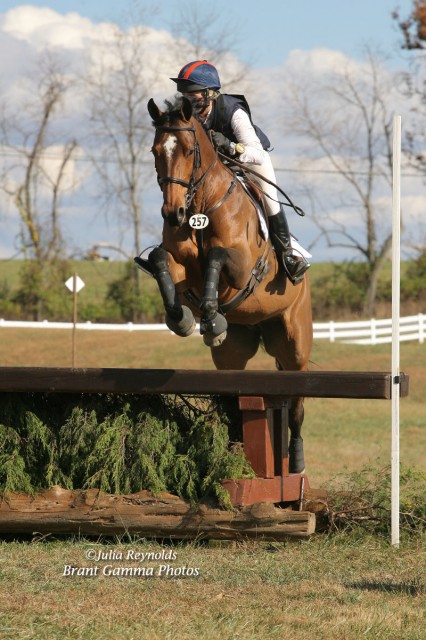 Lindsay and Bailey have been working with Will Coleman and Allison Springer as Bailey learns to accept the basics of dressage work. As a hunter, Bailey also has a lot of bascule with her jump, and while the scope is there, Lindsay has started working on training Bailey to jump more efficiently. “We are working on her not throwing her back in the air. More cross country miles will help her with that, as she has to learn to land and gallop in order to make time. Once she figures out that it is more effective to jump with less bascule, it becomes more of a handy hunter ride and shorter lines to be able to make time. But I would rather work with a horse with too much jump than one that is too flat!”

As 2014 gets going in full gear, Lindsay has her sights set on running another Training event to get Bailey’s motor running. From there, the plan is to move up to Preliminary. “The bigger everything gets, the better she will be. But I don’t want to rush and miss any of the building blocks that she needs just because she can do the bigger things. I just want to make sure that she is solid and smart about it. A horse with heart is a huge necessity for eventing, but I can’t override her just because she will do it when she has no idea what she really is doing.” 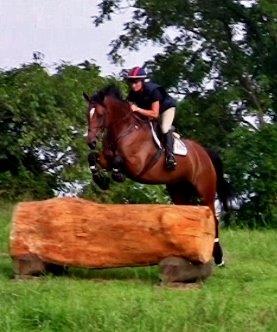 One of Lindsay’s favorite things about this mare comes from her alpha mare attitude. From this type A personality comes a distinct sense of self-preservation, which is an important part of an event horse’s personality. “Her personality is one thing that really drew me to her,” Lindsay said. “She is going to take care of herself no matter what. I think that’s what I’ve realized I like about mares; they are brave and smart and know how to think. I know she will always take care of herself and me when we are together.”