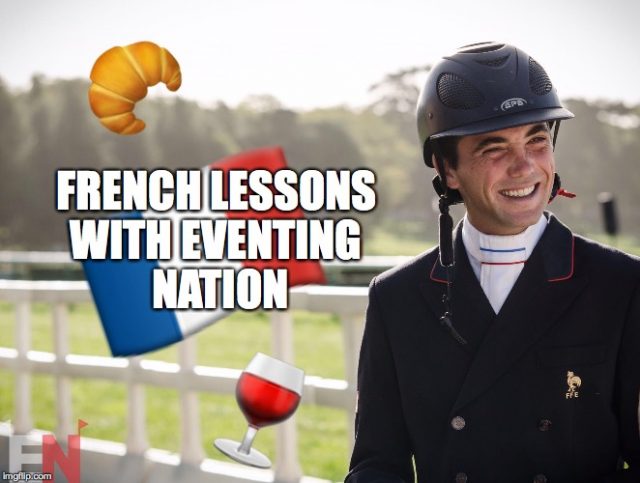 Buckle up, babies. You’re about to get educated.

Look, if there’s one thing that’s quite plain to see, it’s that we’re on the cusp of a French takeover. With victories at Le Lion d’Angers and Pau, they’re only building in strength, power, and enviably effortless personal style. This is a time of unapologetic red wine-drinking, pastry-scoffing, and emphatically saying ‘bien SÛR’, because it’s the only thing you can say in French with any conviction or correct pronunciation. When French eventers take over the world, that might be the only stock phrase you’ve got.

Pictured: the original king of the cross country afterparty.

If it’s been a while since you scraped through high school French, you might need a bit of help if you want to do better than Facebook’s dodgy translation tool and a bit of good old-fashioned guessing while watching livestreams. And hey, let’s be honest – even if you passed high school French three months ago, all you learned how to say is ‘I like to play football with my brother on Thursday’ anyway.

But never fear, lads and lasses: Eventing Nation will always have your back, and this time, we’ve roped in some friends (or our soon-to-be overlords) to help us help you. Whether you’re watching from home, attending a French event yourself, or just in case you meet a Gallic stranger in the warm-up at your next event, our guide to the ins-and-outs of essential French will have you speaking like Cyrano de Bergerac. Or something.

Without further adieu: welcome to the French Revolution, revisited. 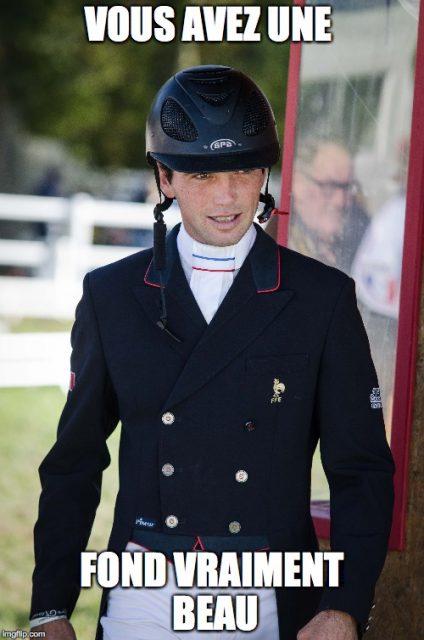 ENGLISH: You have a beautiful seat.

That classic compliment, to be shared with those whose elegance whilst mounted is something to be applauded. We’re all for goal-setting here at EN, so why not make it your 2018 mission to have this phrase directed at you while out competing?*

*It doesn’t count if you slip Mathieu Lemoine a fiver to say it to you. Ask me how I know. 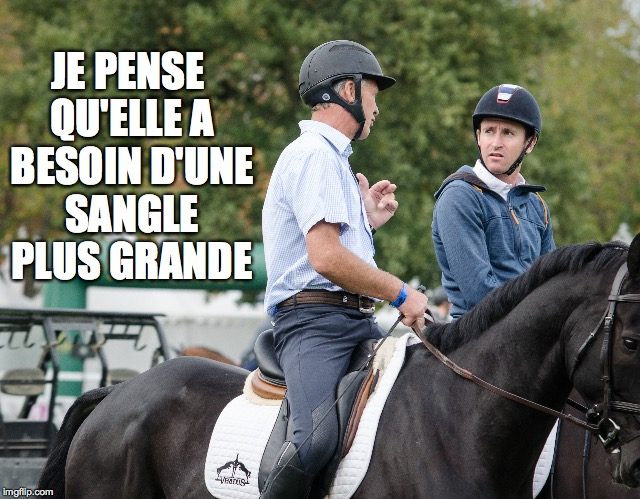 ENGLISH: I think she needs a bigger girth.

One for the eagle-eyed saddlery aficionados out there, this can be used to communicate the need for a larger size of girth. Some mares just need that extra two inches, and if you can let a French rider know, he’ll be very grateful. Maybe. 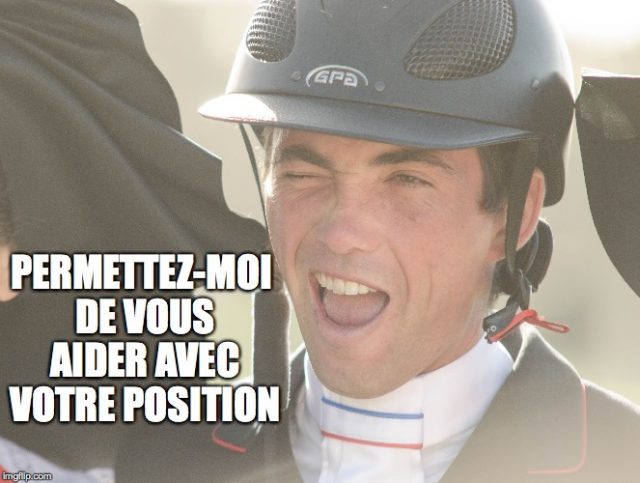 ENGLISH: Allow me to help you with your position.

In riding, as in life, every day is indeed a school day, and just because a rider might have won a couple of fancy medals, it doesn’t make him immune to improvement. Use this handy phrase to segue into a good pelvic realignment and watch those flying changes transform before your eyes. 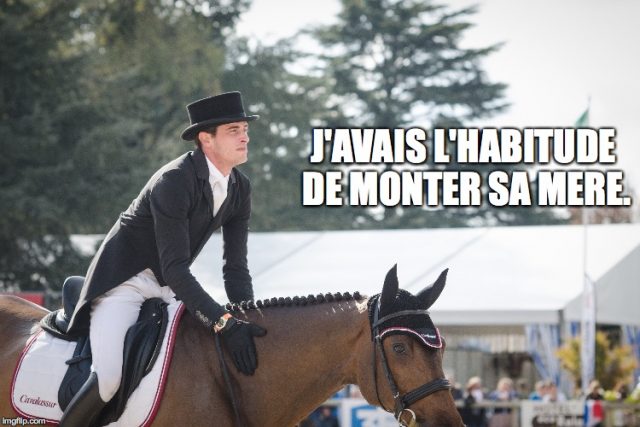 ENGLISH: I used to ride her mother.

Nothing is a better talking point than shared equine ancestry. If you spot a French eventer mounted on a familiar-looking filly, pass along any tips you learned from riding her relative. You’ll be laying the foundations of a great new friendship! 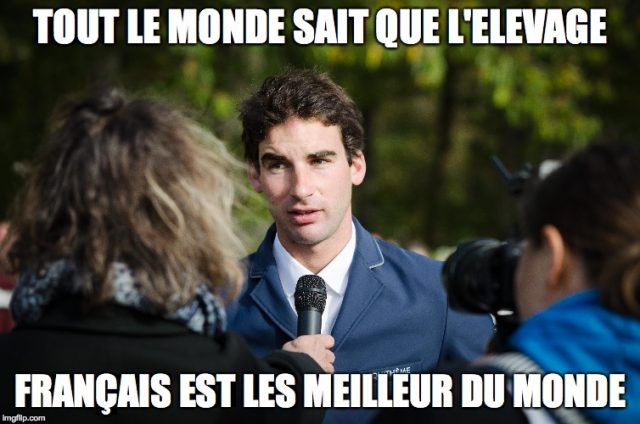 ENGLISH: Everyone knows that French breeding is the best in the world.

Because there’s nothing like exploring the ins-and-outs of a good French pedigree.

So there you have it, folks — a handy primer for the new world order, or, at the very least, any French livestreams you may find yourself watching one day. Personally, I’m holding out for the former option… 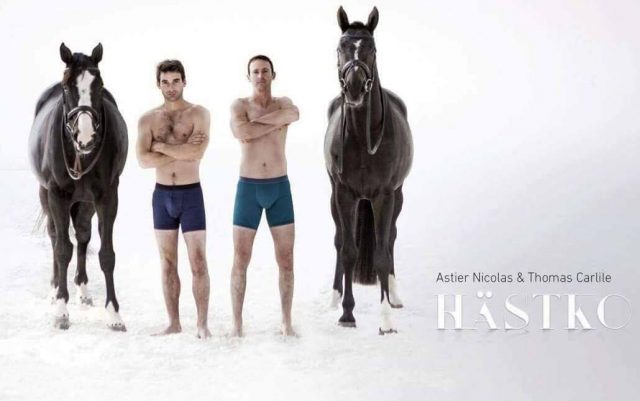