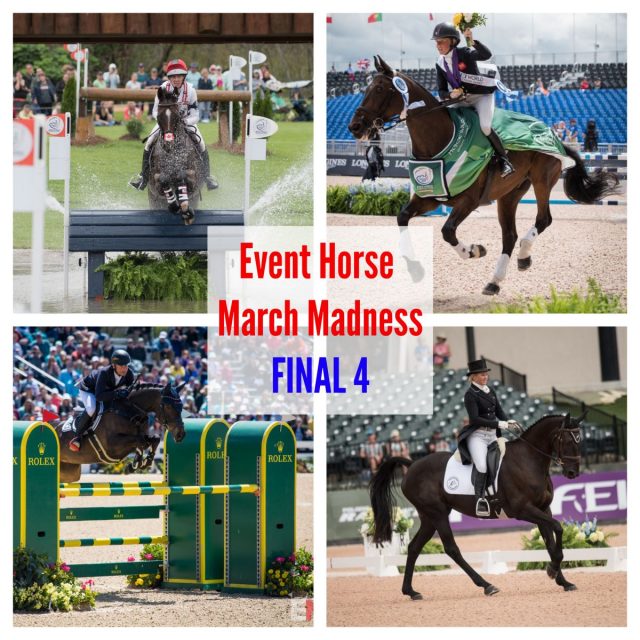 Who is the fiercest event horse in the land? Our NCAA college basketball inspired March Madness showdown marches on today with the Final 4!

How it’s seeded: To avoid petty squabbling amidst our chinchilla selection committee, we have objectively seeded the bracket according to the final 2018 WBFSH Rankings. Included in the bracket are the highest ranked eight horses from each of four regions: North America, UK/Ireland, Europe and Australia/New Zealand. The higher the points earned in 2018, the higher the seed. The six winners of CCI4* events in 2018 as well as the 2018 World Champion received automatic top seed buy-in.

Today’s match-ups: Who came up with this ridiculous fantasy event horse league idea? (Oh me, I did.) Things just seem a little cruel and usual at this point: Foxwood High squaring off against fischerRocana FST … that one may keep you up at night. On the other side of the bracket, we’ve got the reigning world champion Allstar B against yet another five-star supermare Classic Moet. Cast your votes if you dare! 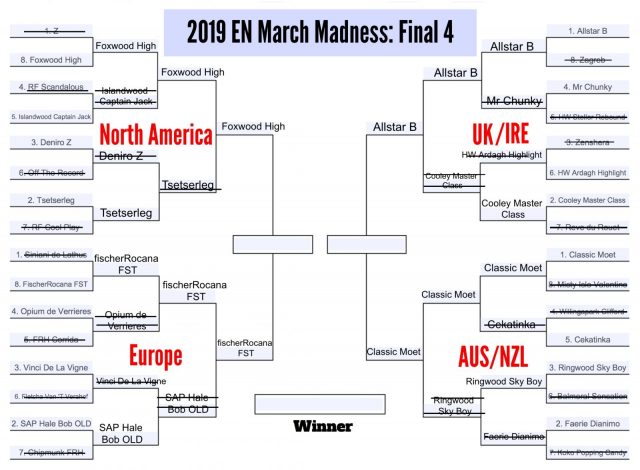 Final 4 voting is open through midnight on Sunday, April 7, with the Championship to be decided the following day. Go vote, and Go Eventing!