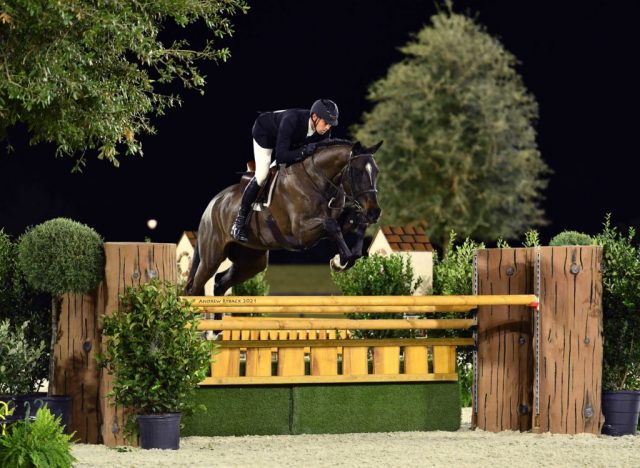 Eventers have taken advantage of dressage and jumping competitions at the new World Equestrian Center in Ocala, Florida — and doing quite well for themselves! This gorgeous venue is a tremendous asset to eventers who live or winter in area and will soon become a fixture on the eventing calendar as well as it is set to host an inaugural CCI2-S,CCI3-S and CCI4-S event on Oct. 21-24, 2021.

Will Coleman turned heads on Saturday by winning the $20,000 WEC Hunter Derby 3’6″ – 3’9″. His ride was Tropics, a 10-year-old Selle Français gelding by Diarado owned by Jill Grant, whom Will evented through Training before shifting course toward jumpers. This was their premier voyage into the realm of hunters and hunter derbies, however.

Will told WEC after his win, “I’m very new at this. My day job is eventing, and my second day job is show jumping. I did my first hunter class about two weeks ago, then I did this derby. It’s pretty new for both Tropics and me, but he was great. He’s a good boy and he wants to please.” 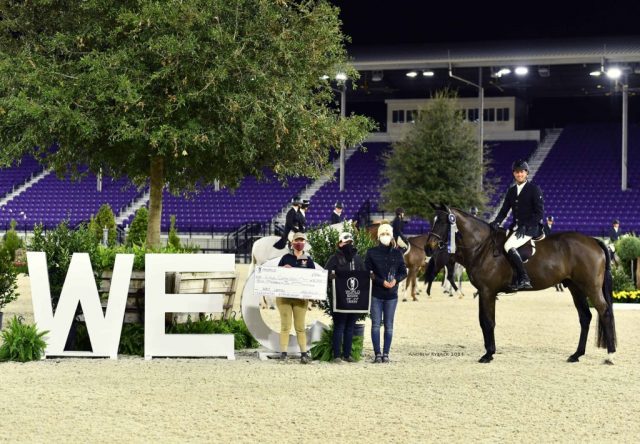 In their first course, Will and Tropics laid down a flawless round and took all four high options for a score of 91. They returned in the handy round and demstrated rideability with inside turns to several of the fences for a score of 93, bringing their overall score to 184 for the win. Only one other entry in the class scored in the 90s.

Of Tropics, Will commented, “I actually got him out of France as a 4-year-old. We thought that he might make a good event horse, but he just developed into a different horse. He was always a good jumper. He did some small grands prix and even won a couple of them. The owner of this horse, Jill Grant, wanted him to do hunter derbies. She recently purchased him from us and I train her, and she wanted me to show him in some derbies. He’s a chameleon, he can blend in anywhere.”

Will heads south from his farm in Virginia, Okonokos, to Ocala for the winter months. “We have some wonderful sponsors that purchased a beautiful farm on the other side of town for us to base out of and we absolutely adore Ocala,” Will said. “We are really lucky to be here. Now, with World Equestrian Center here, it’s like a dream come true. I don’t think there’s anything like it anywhere else in the world.” 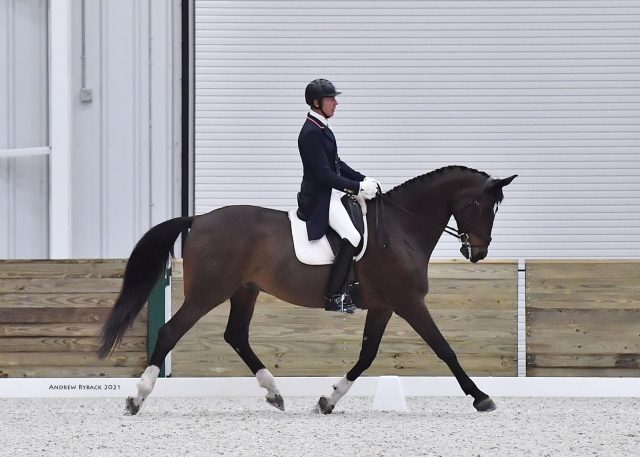 More eventers were spotted in WEC’s dressage rings last week, including Peter Gray who finished second in the FEI Prix St. Georges and Intermediare I classes on scores of 68.529% and 66.176% respectively. His partner was Babuh, a 17.2-hand Hanoverian gelding that Peter purchased in Germany as a 5-year-old. By Burlington out of a half-Trakehner mare, he was sourced by the late Jean Moyer of Seattle who was responsible for importing many of the top eventers on the West Coast. Peter has produced the horse, who is now 12, through the levels.

“I have brought him along slowly; he is an absolute joy to ride every day and easy in everything we do together,” Peter told EN. “He has no bad habits and a lovely soft snaffle mouth. I still show him in a snaffle at the National shows where we do FEI classes. He does road work and fitness trots to keep his fitness up and fresh for his work days.” 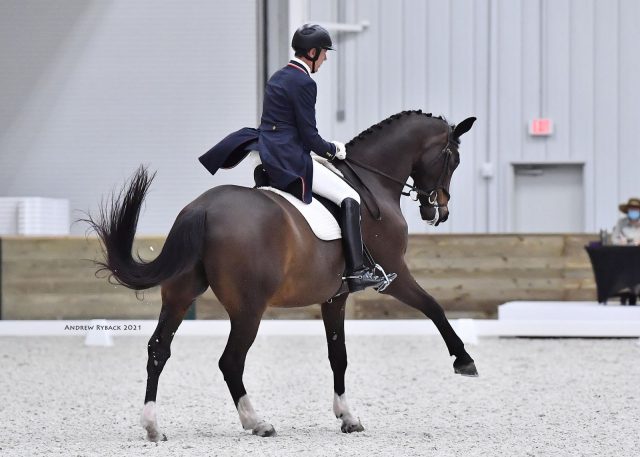 Other eventers spotted include Liz Lund, who won two Second Level classes with Indian Rose. Dean Graham had a green horse, Barbara Cadwell’s Wisdom, out at Training, winning two classes and finishing 2nd in another. His wife Megan Fischer-Graham, a dressage rider who has helped a few eventers out over the years, had horses going at First and Intermediare II levels. You can view complete WEC Ocala results here.