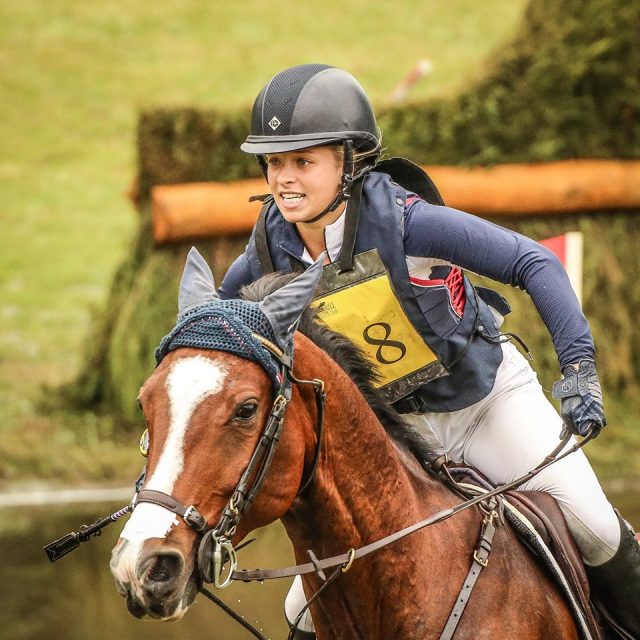 Amanda Beale Clement officially became a three-star rider at the Ocala Jockey Club International in November, where she was the youngest competitor in the division. That wasn’t the only big thing to happen to her last fall — she also became a freshman at West Chester University in Pennsylvania.

Eventing is all in the family for Amanda. Her mother, Susie Beale, is an accomplished four-star rider who owns and operates the bustling Cairn O’Mount Stables in Malvern, Pennsylvania. In addition to Susie’s long list of competitive accomplishments, her student’s many achievements speak to her passion for training and teaching which her daughter shares. The 18-year-old piloted her mother’s 11-year-old Holsteiner gelding Get Ready to a 17th place finish in the star-studded CIC3* at Ocala, adding only time to their dressage score.

But even with a four-star rider as a mother, Amanda wasn’t interested in eventing from the get-go. Up until the age of 11, she wanted to try all kinds of other activities and sports instead. “My mom was completely supportive and I think kept secretly hoping I wouldn’t want to ride,” said Amanda. “All the other sports were much cheaper!”

“I know how proud she is of me though; we have both worked hard to get me to this level. She is my biggest supporter, but I also have some amazing owners and sponsors who have come on board this year.”

2017 would be a big year for Amanda and it was kickstarted by being named to the USEF Emerging Athlete Eventing 18 list participating in the winter training session last January, which she says was a turning point in her riding thanks to the newfound confidence it gave her. At that time, she had only recently begun her partnership with Get Ready, known as “Brooklyn” around the barn, and rode her previous mount, Peter Pan, whom she piloted to team gold for Area II in the CH-J1* at the North American Junior and Young Rider Championships in 2015 and later competed through the CCI2* level.

“Peter Pan taught me so much and I left the January E18 session ready to take on the new partnership with Brooklyn,” Amanda reflected. She sings the praises of the lectures and demonstrations from top equine industry professionals, the group of other riders with whom she made strong friendships during the camp, and last but certainly not least, the “phenomenal teaching styles and techniques” of Emerging Athlete Coach Leslie Law.

“Leslie’s way of teaching immediately made sense to me and I felt completely at ease with him and his style. He is a superb instructor with an innate ability to help the rider understand the concepts that he is teaching. He is an excellent coach — he focuses on the training scale which is the basis of good riding. His dressage lessons and jump lessons are extremely helpful and positive.” 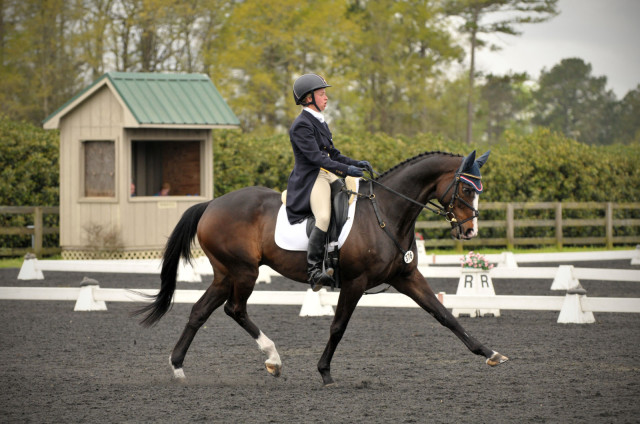 The boost of confidence that the E18 training camp provided helped Amanda to make her (and Brooklyn’s) debut at the Advanced level at Fair Hill in April, which would set them up for a very successful rest of the 2017 season. Before turning their attention to qualifying for a CCI2*, they ran Advanced again at the Horse Park of New Jersey in June and managed to knock four marks of their dressage score and 20 seconds off their cross country time from their debut at the level.

Amanda was also able to train with Leslie on a few other occasions throughout the competition season. First, at a two-day E18 training session at Phillip Dutton’s True Prospect Farm before they contested the CCI2* at Fair Hill International, and then again during a four-day intensive training session in Florida prior to the Ocala Jockey Club International. The extra preparation with Leslie was instrumental in helping her and Brooklyn jump clean around both events, says Amanda.

Having had such success due in part to the opportunities provided through the E18 program, it was a no-brainer for Amanda to apply to Eventing 25.

“With all this under my belt I knew that I had to apply for E25. I thought it was a bit of a long shot as I am only 18 and there are so many great riders already named to the E25,” she said, “but I am so excited to be given this opportunity by the USEF.”

As a first-year college student, Amanda also had to learn how to balance school with riding once the school year started. She admits it has been a challenge, but the feat has thankfully been made a little easier by the help and support of the people around her.

“There were days when I would be asking myself, ‘How is this going to work?’ I would have four horses to ride, a paper to write, a test and quiz due. I crammed all my classes into Monday, Tuesday and Wednesday which made those days long, but having Thursday, Friday, Saturday and Sunday to ride and compete was amazing.”

“There was some resistance to that schedule from the school and my advisor; they kept insisting that a freshman couldn’t do that schedule and classes had to be over all five days. I could not have done it without the help of the staff at the stable and my mom, but the schedule that I picked did work. Without that schedule and some really nice Wednesday professors the fall FEI events would have been out of the question.”

Amanda plans to ride and teach professionally after college and she hopes her major in psychology will help her along her path. Throughout the rest of her education, she’ll continue to work alongside her mom at Cairn O’Mount Stables by teaching, going to shows and coaching, and training the young horses. 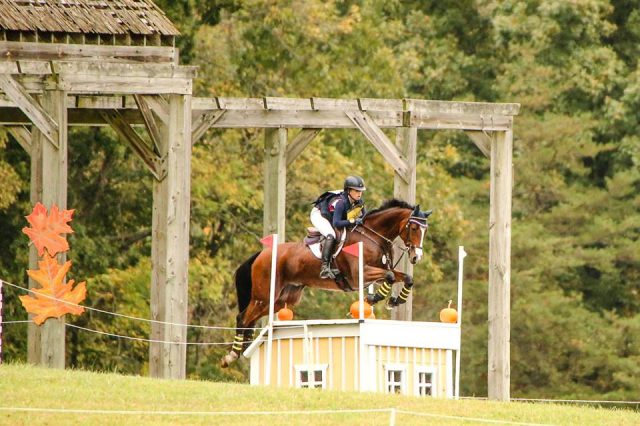 Moving forward into 2018 with a semester of college under her belt, Amanda has plans to continue her eventing education as well, starting with participating in next week’s the Emerging Athlete winter training session.

“I know it will be another great experience and I am really looking forward to it,” she said. “I am really hoping to polish up on my flying changes! Now that I am going Advanced and three-star they are rather important — that’s where Leslie comes in!”

Amanda will then start the 2018 competition season by bringing four young horses to the new Grand Oaks Horse Trials in Florida to run in Novice through Preliminary levels. She and her mom have recently started a new venture bringing horses over from Ireland.

“I am really excited to get the new horses out competing,” she said. “This spring I will help my mom ride and compete at most of the events while also coaching our students. We have a great partnership, I am very lucky that I have an opportunity to work under her as I get my name out in the eventing world.”

Brooklyn will make his season debut the following month and will warm up with a run at Prelim before gearing up and aiming for Jersey Fresh later in the spring. Overall, Amanda wants to focus on technique and improving her skills at the upper-levels throughout the spring.

Long-term, Amanda has three concrete goals: Graduate from college, ride at the Kentucky CCI4*, and one day, represent the United States on a team.

“I love to compete, the nerves and the adrenaline of the sport is something that keeps one coming back for more. I love the challenges and the knowledge that I will always be learning something new from every horse I ride.”