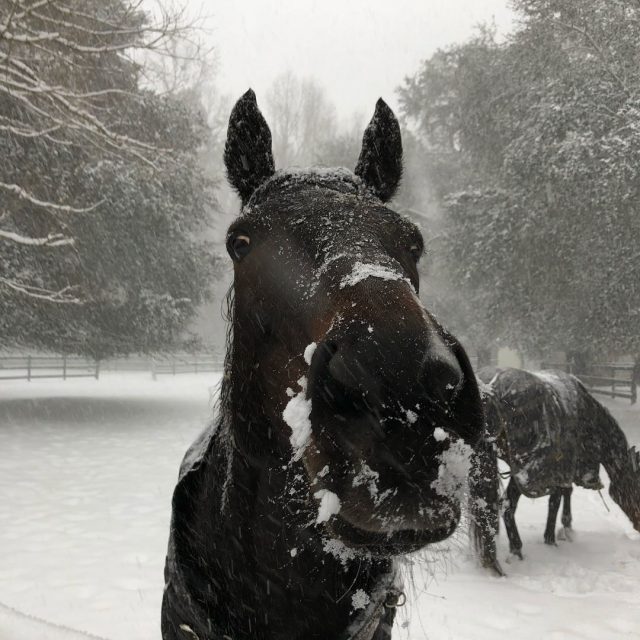 You know, when I wake up and it’s 1* outside in Virginia, the only thing that comforts me (aside from my Carhartt overalls and eight layers of clothes) is the knowledge that it’s also freezing in South Carolina and Florida. Sorry, snowbirds, but it’s somehow deeply hilarious to me that it’s snowing in Florida and everyone is losing their damn minds. I’m sure I’ll regret this in two weeks when it’s 75 and sunny down there but snowing up here….

Changes are abounding for the 2018 Eventing calendar, starting with some of our first events of the season. The Pine Top CIC3* has been removed, with them concentrating on their popular Advanced division, but Bromont has added a CIC3*, CIC2* and CIC* to their dates, eyed as a possible last outing for horses heading to the WEG. Five Points HT, which was off the calendar due to the AEC in 2017, is back for this year, and later in the year we have a CIC3*, CIC2* and CIC* added to the roster at Stable View. [Changes to 2018 Calendar]

Argentinian photographer Ramon Casares has created an amazing exhibition showcasing the beauty of the polo pony.  With his distinctive use of light, shadow, and an intuitive feel for his animal subjects developed from his time as a zookeeper, Casares’s images of polo ponies illuminate the equine athletes of the sport of kings in a spectacular and emotive fashion. [Fine Art of Polo Ponies]

Current popular question: when exactly is it too cold to ride? While we each have our personal cutoffs (mine is 10 degrees), there is a combination of science and common sense that should guide you during the winter weather. There are lots of factors to consider, such as the footing, your horse’s fitness, and respiratory concerns to think about before proceeding. Are you prepared? [Too Cold to Ride? Using Common Sense & Science]

When it comes to winter, a lot of us struggle to keep weight on our hard keepers. In a sport that has so many Thoroughbreds, this is a common struggle amongst eventers. Many horses do really well with the grass during the summer months, but as soon as that disappears, their ribs become more apparent. Feeding for weight gain is something like an art, but you can follow some simple rules to help you stay on track. [Feeding for Weight Gain in the Winter]