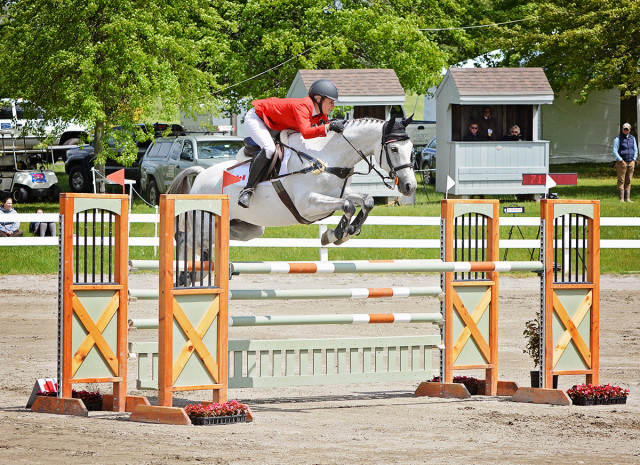 While the 24 nations that have earned a place on the 2016 Olympic eventing roster continue making their final team selections, a just-released long list of nominated entries makes clear who could be Rio-bound — and who definitely isn’t.

Each nation qualified to take a full team to Rio may name up to 12 combinations per discipline plus up to three additional horses if they are direct reserves of riders listed in the main block with another mount. Just because a combination is nominated doesn’t necessarily mean they’ll be selected for the team; however, if they’re not nominated, they’re for-sure not in the running.

There are, of course, no surprises on the U.S. front, as the USEF made its Team USA announcement yesterday. With regard to other team announcements, Ireland was the first country out of the gate on June 9 (Ireland Announces Team for 2016 Rio Olympics) and Germany followed suit after the conclusion of Luhmühlen on Sunday (German Team Announces Long List and Likely Squad for Olympics).

Today’s list held more “reveal” for other countries which had not yet made public their long lists, including but not limited to…

Australia: Similar to the U.S., Equestrian Australia has adopted a High Performance Squad system of categorizing riders and/or combinations identified as having the potential to represent the country at major championships like WEG and the Olympics. The five members of Australia’s 2016 “gold” level squad — Chris Burton, Sam Griffiths, Shane Rose, Paul Tapner and Stuart Tinney — are represented on the list and we expect them to be frontrunners come time for team selection. That said, wwe are cheering extra loud for U.S.-based Aussie Ryan Wood and Jersey Fresh CCI3* winner Powell! [Equestrian Australia]

Brazil: Disclaimer — We may be partial to Ruy Fonseca and Nilson Moreira da Silva, as both have been spent ample time in the folds of U.S. eventing while based in the States. We’d love to see them representing the home team alongside the two Marcios, who placed first and second at the Aquece Rio Olympic Test Event last year, or Henrique Pinheiro, who along with Jorge spent a month in Florida earlier this year en route to England to train with Team Brazil coach Mark Todd. [Confederação Brasileira de Hipismo]

Canada: Mum’s the word from Equine Canada with regard to details about when the final team will be named. For now we’re left to deduce clues from the Great Meadows International entry list; while the event isn’t a mandatory team outing for Canada as it is for the U.S., it may indicate that we will see the four names entered — Colleen Loach, Selena O’Hanlon, Jessie Phoenix and Waylon Roberts — in team or reserve slots. [Equine Canada]

France: The French have endured a long, troubled path to the Rio Olympics but, having earned their qualification back at the Euros after losing it on doping allegations at WEG, they’ve been on a tear. They came out swinging this spring, with Astier Nicolas, Thibaut Valette and Karim Florent Laghouag sweeping the top three spots at the first leg of the Event Rider Masters series at Chatsworth. Astier and Piaf de B’Neville, who beat out Michael Jung and fischerRocana FST for the Pau 2015 win, could find his way to the podium in Brazil. [Fédération Française d’Equitation]

Horse & Hound expressed some surprise that Zara Phillips was not among the nominees (Zara Phillips Misses Out on Rio Olympic Place). A final team announcement will be made on July 5. [British Eventing]

New Zealand: Even without six-time Olympian Andrew Nicholson there’s plenty of depth on the New Zealand list. Mark Todd, Jonelle Price, Tim Price and Jonathan Paget will give the world a run for its money. The final team will be announced on June 27. [Equestrian Sports New Zealand]

The list of nominated entries indicates that Belgium, Italy, the Netherlands, Russia, Switzerland and Sweden will all be fielding full teams, the naming of which may be shrouded in less mystery than those outlined above. Belarus, Chile, China, Equador, Finland, Japan, Puerto Rico, Spain and Zimbabwe also show nominated entries.

The list must be submitted by the National Olympic Committees to the Rio 2016 Organizing Committee by July 18.