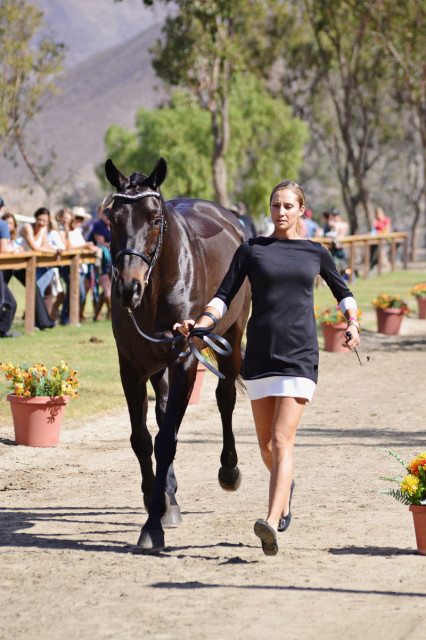 It was a whirlwind first day of competition at Galway Downs yesterday, with all FEI divisions completing both dressage and show jumping. Thanks to the organizing efforts of Robert Kellerhouse and the fantastic team of people working hard to make this event better each time, both competitors and spectators alike are enjoying all that Southern California has to offer.

It was Frankie Thieriot Stutes and the Chatwin Group’s Chatwin who danced their way to a first phase winning score of 42.1. They continued on to jump double clear over Michael Curtis’ tricky show jumping course to hold onto the lead over second placed Heather Morris and Charlie Tango.

“My goal was just to go in and have a smooth round,” Frankie said. “Chatwin was jumping out of his skin in there for me and I am just so fortunate to get to sit on him.”

“I thought the course rode well, but you definitely had to decide where you were go inside or outside some of the trees and then get them back enough for the short distance without taking too much. I have had some incredible help lately and want to say a big thank you to everyone helping Chat and I get better.” 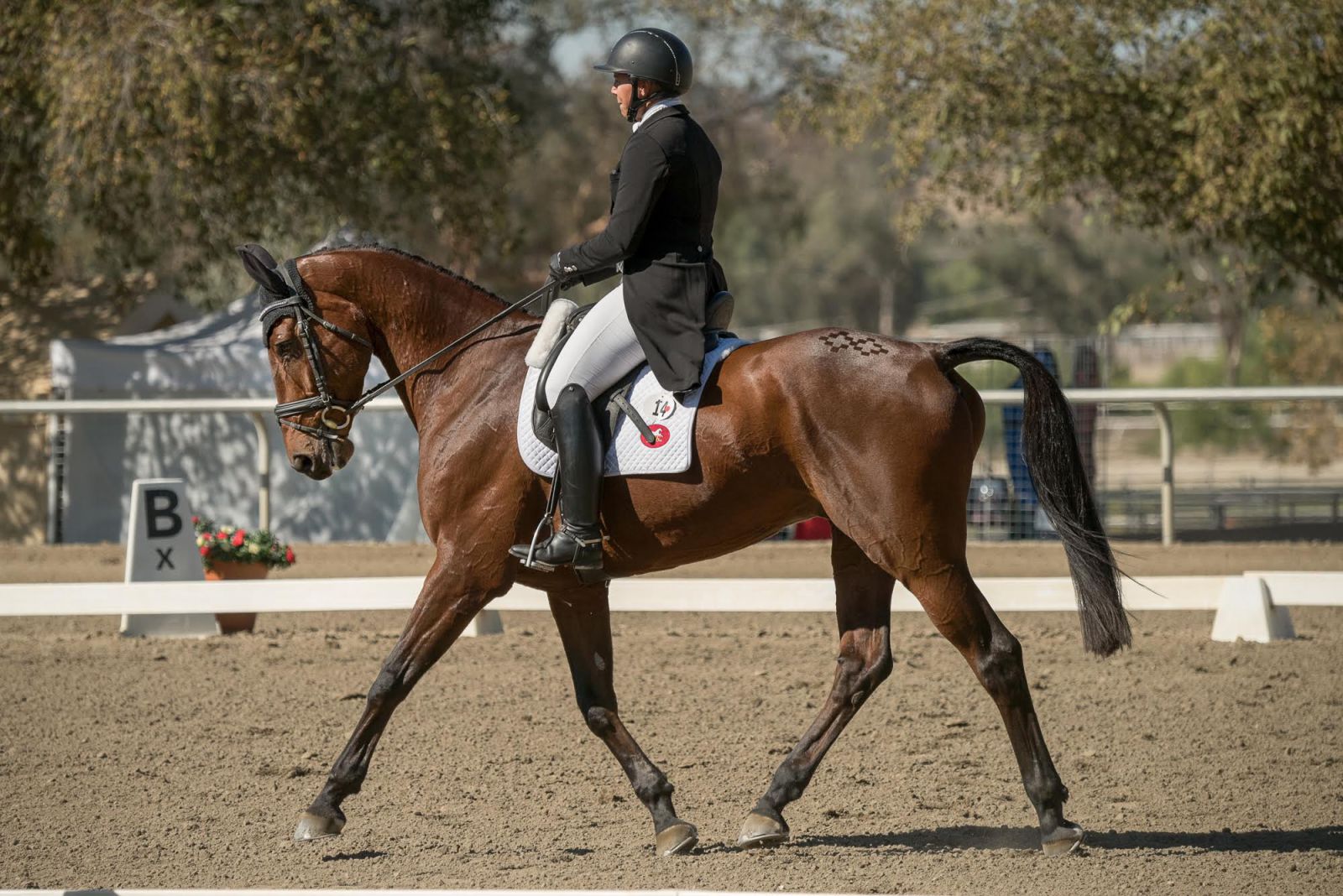 “He was actually the best he’s ever been,” Heather said of Team Express Group’s Charlie Tango. The pair went to a dressage show last weekend to practice their #dressageskillz and that practice certainly paid off today with a 46.3 that moved them to third heading into show jumping.

“He’s such a good boy, he’s getting more confident in there,” Heather continued about her double clear show jump round. “We changed his warm-up a little bit and it’s really helped his confidence.” 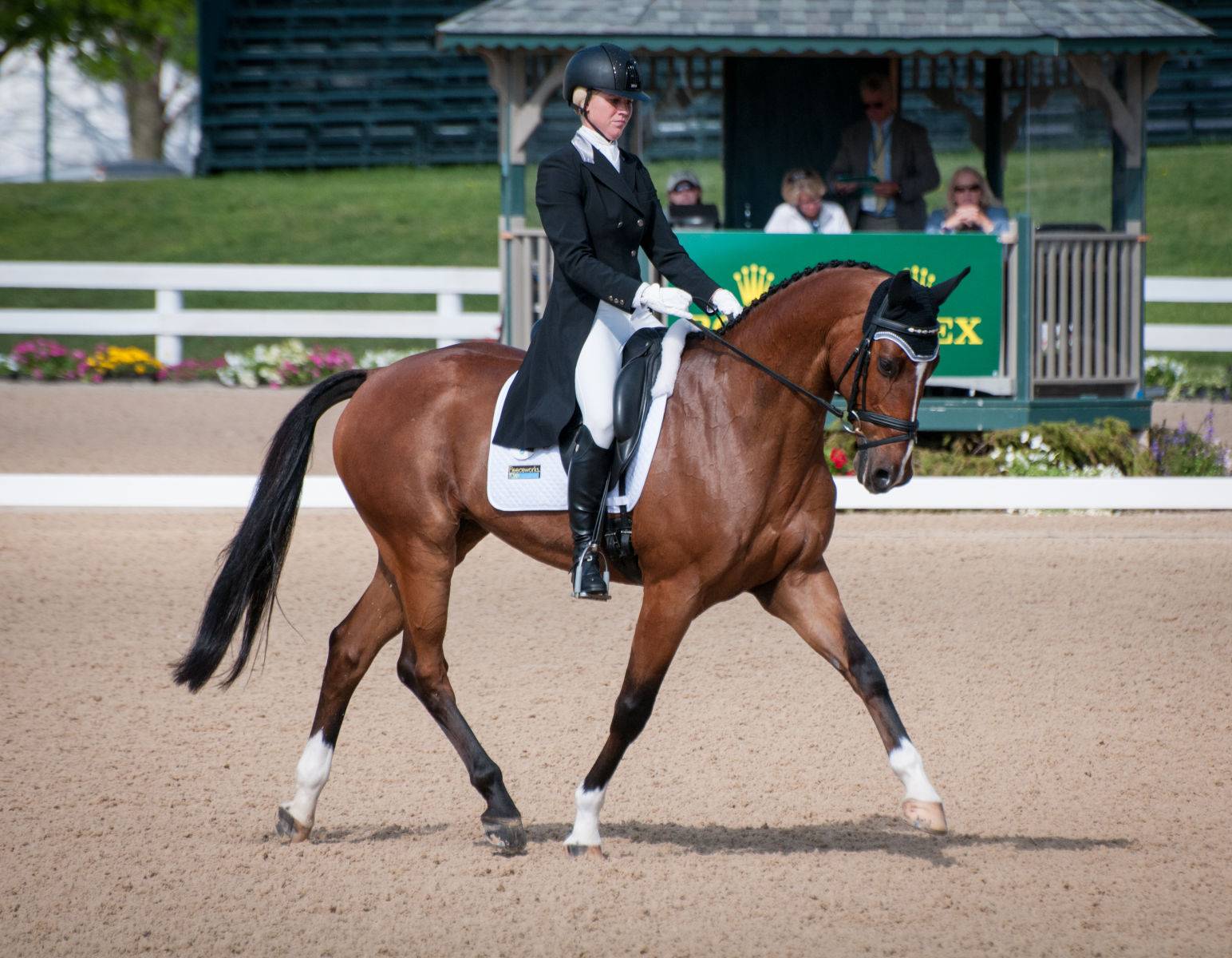 Mackenna Shea and Landioso produced a beautiful test to earn a 42.4 from the judges and early second place, but some time penalties bumped the pair into third heading into cross country.

“I ride with Nikki Clarke on the flat, and she told me that I really need to focus, and I felt like I rode really accurately,” Mackenna said. “He was really obedient and I think there’s room to improve.”

Less than 20 penalties separates the top 10 in the CIC3*, and Ian Stark’s course is sure to put a good early season test on the riders, a few of which are Rolex bound next month.

Looking to the CIC2*, it’s Tamie Smith in control aboard Sunsprite Syrius, who is making his first two-star bid this weekend. Tamie added nothing to her dressage score of 47.2 to hold the lead over second placed Sandra Donnelly and Belshazzar.

Belshazzar is coming off of a third place finish in the CIC2* at Fresno in February, and he’s finished outside of the top 10 just once in four starts at the level, so he’s looking like a real talent for Sandra moving forward.

Heather Morris and Team Express Group’s Get Rowdy will take third place into cross country tomorrow on a two-phase score of 51.6 on the heels of a double clear round yesterday afternoon.