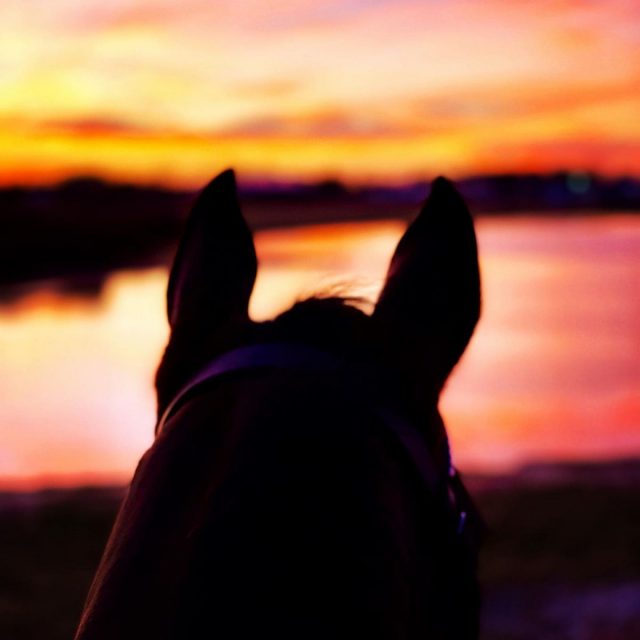 Lately, there has been a plethora of photos of horsey friends riding their horses on the beach and having an unreasonably good time. All I want for Christmas is the chance sometime soon to take my horse and gallop on a beach, can somebody help me make this happen? Sadly I do not live anywhere near a beach, nor do I even know how to go about finding a beach that would allow a  horse running pell-mell.

Concussions are often more dangerous than we give them credit for. “I had no idea that I had a concussion until I got sick at night and woke up with a bad headache that wouldn’t go away,” said eventer Mia Farley who fell at an event a few years ago and ended up with a bad concussion. This story isn’t uncommon – concussion symptoms may not show up for hours or days after the impact. “Riders think ‘I have to be knocked out to get a concussion,’ or ‘I have to land on my head.’ Which is not true. You can land hard on your feet and it can still shake up the brain. It has nothing to do with losing consciousness. People also need to realize that the majority of concussions don’t happen in competition – they happen at home,” said Dr. Mark Hart, the U.S. Equestrian Team Physician and FEI Medical Committee Chair. [The Invisible Injury: Concussions]

If you want to know the best way to clip your horse, take a look at this archive video of Mary King and her former groom Jodie Summers clipping out the late Kings Temptress, for some expert advice on what to wear, where to do it and how to get it right. Before you start though, make sure you’ve got the best clippers for the job and decide which type of clip you’re going to do and draw on the lines with chalk if that’s helpful. [How to Expertly Clip Your Horse]

While it’s known as the season to be jolly for the majority, equestrians are still battling foul weather and dark nights while trying to prepare for the next competitive season. However, just because you have a horse in your life doesn’t mean you can’t enjoy the festivities, even if you are fitting it all in between the chaos of caring for your number one. [4 Things All Equestrians Can Relate to During Festive Season]

Best of Blogs: How An Average, Working Amateur On a Budget Ended Up Importing