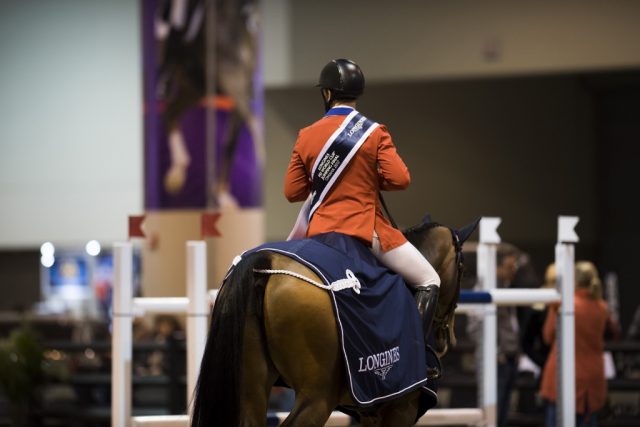 The USA’s own McLain Ward and HH Azure came out swinging in the opening round of the 2017 FEI World Cup Jumping Final, taking place this week in Omaha, Nebraska. They won the class by a sliver of a second over second-positioned Henrik Von Eckermann of Sweden and third-positioned Steve Guerdat of Switzerland, who is the 2016 defending champion.

“She’s an incredible animal, and the biggest thing I try to do is not mess up for her,” McLain said of his sharp-as-a-tack mount in a press conference after the class. “I think the world of her and her performance has been great – we’ll just keep digging this week.”

The competition is cutthroat and will no doubt have us on the edges of our seats until the final painted rail has been cleared on Sunday. EN’s sister site Jumper Nation has been doubling down on its World Cup coverage — catch up on all the latest results, videos and much more here!