Earlier this week we met Cornelia Dorr, one of two first-timers named to the 2017 Eventing 25 Emerging Athlete Program. Today we meet the next rider, Zoe Crawford. Many thanks to JJ Sillman for sharing her photos of Zoe! 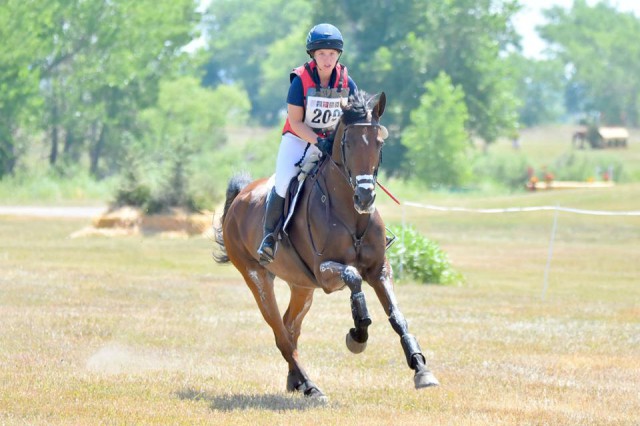 At the tender age of 1, Zoe Crawford’s mother remembers her little girl pitching a fit when it was time to get off a merry-go-round. “Of course I don’t remember that,” Zoe said, “but she says that was my first introduction to horses.” Something similar happened the next year on a pony ride at a local fair. “I kept wanting to go again and again.”

Horses have been a lifelong love for the now 21-year-old Zoe Crawford, whose passion has taken her all the way to the CCI2* level and being named to the 2017 USEF Eventing 25 Emerging Athlete program.

Zoe started taking riding lessons at the age of 6 and began eventing after high school. Living inside the city of Boston didn’t make eventing the most easily accessible equestrian discipline, but it’s fitting that Zoe’s plethora of other other equestrian experiences led her to eventing.

Her family found a barn just outside of the city in the Blue Hills area that she and her parents, who both also ride, could go for trail rides. “The ring would freeze over in the winter and there was no indoor, so I would spend the whole winter riding through the snowy hills,” Zoe recounted. “It was like a winter wonderland out there.”

Her family spent their summers at a cabin in a small town in New Hampshire, and Zoe attended camp at a nearby hunter/jumper barn run by Jenny Williams, whose brother, George Williams, is president of the USDF.

“Jenny was really incredible at making learning to ride fun,” Zoe said. “Although her barn mostly did hunter/jumper, she really stressed understanding dressage and being able to ride over all terrain.”

Zoe credits riding under Jenny’s instruction during those summers with influencing her love of cross country. “During camp we would set up little cross country courses that included stacks of old tires and really anything we could get our hands on,” she said. “When it would rain a lot we would pretend the big puddles in the parking lot was a water complex.” 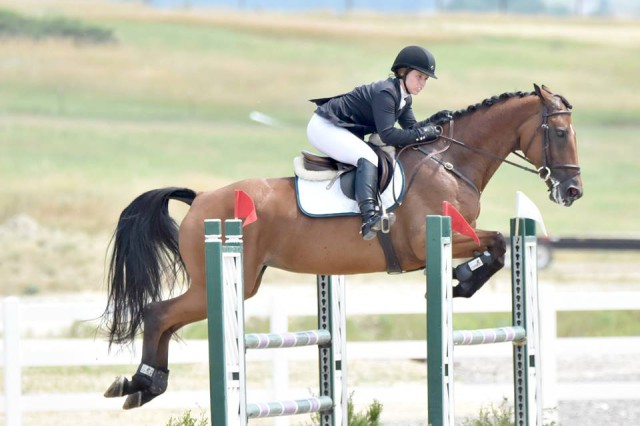 Zoe mostly competed in the jumpers throughout high school in addition to being a member of Norfolk Hunt Pony Club, where she got her first taste of eventing thanks to Jeanie Clarke, a frequent instructor within the local chapter. A fellow Massachusetts native, Jeanie based her teaching/training business in the Metrowest region of the state before moving permanently to Florida in 2012.

“I knew that Jeanie was a great teacher and I really enjoyed her style. As a high school senior I applied to college but knew that I wanted to take a gap year before attending, so I asked if I could be a working student and come down to Florida with her. I spent the next year with her in Ocala working and competing, and I’ve been training with her ever since,” Zoe said.

“I think that I wanted to start eventing because I loved the thrill and fun of going out on trail rides, but I also enjoyed learning dressage because of how it helped my show jumping. It was really something that I had always wanted to do but because of location wasn’t able to.”

Working for Jeanie not only immersed Zoe in the world of eventing but helped her to develop as horsewoman as well. “Jeanie takes no shortcuts and gives the horses the best care possible; she has really shown me that all the little things that you do to make the horses happy in the barn really pays off,” Zoe said. “The stable always has a relaxed atmosphere that I think is really beneficial to the horses’ mindsets. I have really learned from her that you can’t make any shortcuts in horse management or training.”

Zoe has been partnered with her mount K.E.C. Zara, a now 10-year-old Irish Sport Horse mare, for nearly five years. She was imported by Cormac Kennedy, who ran the barn outside of Boston where Zoe took riding lessons. Zoe recalled visiting the mare while still in quarantine and had an instant connection without even taking her out of the stall: “As soon as I saw her, I just knew that she was my next horse!”

Zara is a mare with a big personality and isn’t afraid to let Zoe know what she likes and dislikes. Though she can get a bit hot at shows, the mare loves cross country. “She is a beast on cross country,” Zoe said. “Nothing fazes her. The harder the course the more she eats it up.” Indeed, the pair’s USEA record is completely clear of cross country jumping faults.

Zoe and Zara completed their first CIC* in the fall of 2015 before making the move up to Intermediate the following January. After two top 10 finishes at Intermediate, they followed up those performances with finishes just outside the top 10 in two spring CIC2* events, followed by their CCI2* debut in April at the Ocala Horse Properties International Three-Day Festival of Eventing. Their 2016 season culminated in a fourth-place individual finish at NAJYRC in the CICY2* as they represented Areas III and IV. 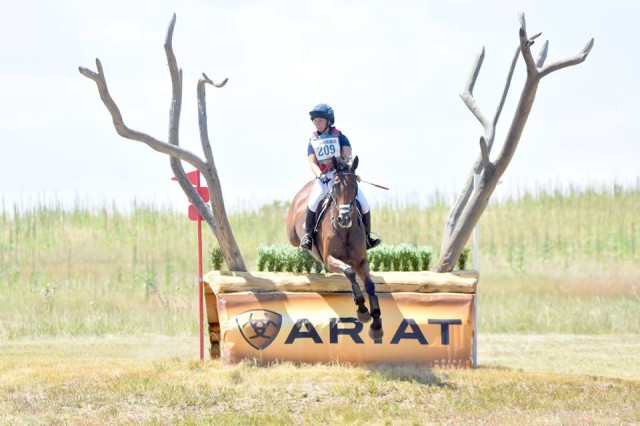 Having made the trip out to Colorado, Zoe knew it was time to look to the next step in her eventing career and decided to apply to the USEF Emerging Athlete program. “Making Eventing 25 was one of my goals after getting to NAJYRC,” she said. “I wanted to apply because I want to know what it is like to really train at the top level and learn what it takes to represent the USA.”

Zoe is excited to gain a gamut of knowledge during the training sessions with USEF Developing Coach Leslie Law. “Since I have not been at this level for very long I hope to really fine-tune some of our skills. In addition to the riding aspect, I hope to learn a lot about managing upper-level horses through the lectures. I would especially like to learn about sponsorships, owners and what goes into being a top professional in this sport,” Zoe said.

“Additionally, I do not know very many people my age in eventing. Going to NAJYRC this past summer was really fun because I got to meet so many people around my age, and I am really excited to meet more people through Eventing 25.”

Zoe ultimately has her eye on the four-star level and believes that Zara is the horse to take her there. “I think she has the talent, scope and attitude for it,” she said.

Zoe hopes to produce more young horses to the upper levels and dreams of overseas competition someday. “Of course I would love to represent the U.S. one day,” she said. “Competing overseas has always been a dream of mine, and I would love to be able to compete at any of the big events in Europe.”