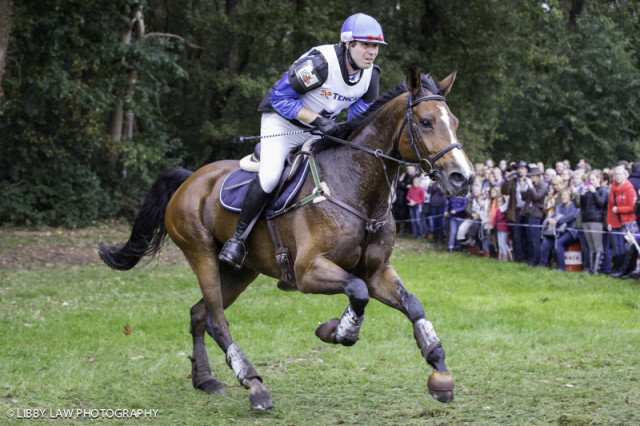 French event rider Guillaume Pucci, 28, died yesterday after being in a medically induced coma for the past seven months due to a cranial hematoma. The injury occurred Nov. 16, 2014, when he fell from Schatzie Du Parc at fence eight on the CIC2* cross country course at Le Pouget in southern France. The 9-year-old Selle Francais mare was uninjured.

Guillaume had competed at the FEI level since 2009 and had just completed the first CCI3* of his career at Boekelo with Enzo Van’t Vennehof about a month before the accident. He also completed the Blair Castle CIC3* with two horses last fall, in addition to the Nations Cup at Waregem.

A 2012 graduate of Ecole Nationale d’Equitation, the French National Riding School, Guillaume had been the head trainer at his family’s equestrian center, L’Oxer de Bellevue in Mérignac, France, since 2013. He was a popular coach and trainer in France.

Our thoughts are with Guillaume’s family, friends, students, clients and the entire French eventing family at this sad time.