It’s going to be a hectic, high-pressure week and the EN chinchillas are about to go full steam ahead on WEG coverage so before things get too serious, let’s take a moment to celebrate some birthdays and appreciate the diverse age range of equestrian athletes. This week, WEG week, also happens to be the most birthday-packed time of the year and we’ve got six, count-em, SIX competitors who’s birthdays coincide with the big event.

WEG competitors have A LOT going on right now and the last thing that they’re probably thinking of is themselves, but let’s show them a little love anyway. Here are our six riders starting anther trip around the sun this week, so wish them a good one! Let’s hope they find a moment to at least sneak a cupcake for themselves. 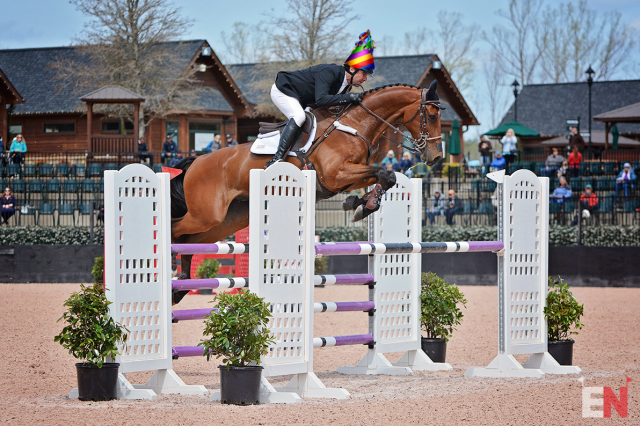 Victoria, who is hitting the big 3-0 this year, is South Africa’s sole eventing representative at WEG this week. The Games haven’t yet officially started, but surely she’s still bustling about preparing for the competition ahead. She’s riding her own Valtho des Peupliers a 9-year-old Selle Français gelding. Victoria lived and competes in her home country of South Africa for many years, but has been based in France with her coach Rodolphe Scherer since 2013.

Tuesday marks the opening ceremony of WEG which will consist of a Hunter Hayes concert. I don’t know whether or not Dan is a fan of country music, but that sounds it might make for a fun birthday party? Dan represents the formidable Team New Zealand, but he’s not even close to being the eldest member of that squad (I’ll give you a guess each for who the two team members are that beat him out there). He’s riding Grovine de Reve, a 10-year-old Irish Sport Horse gelding owned by Therese Miller, Jo Preston-Hunt, Philip Hunt and himself.

Trot up day! I hope Daniela has picked out a fun birthday outfit for the jog. She may have lucked out with her birthday landing on Wednesday this year — she gets an excuse to dress up! Though she’s representing Mexico as an individual, Daniela is a familiar face at events here in the U.S. and we’re wishing her a wonderful week. She rides the super mare Cecelia who is an unraced New Zealand-bred Thoroughbred.

Yup, P Dutty himself has his birthday over WEG! The man needs no introduction here and as a consummate professional, I would expect that his head will likely be fully in the game rather than thinking about his birthday during a major competition, but let’s show one of our favorite Team USA stalwarts some extra love, eh?

At 22-years-old as of dressage day 1, Ireland’s Cathal Daniels is the second youngest in the competition (you’ll have to stay tuned for our “At-a-Glance” stats post coming soon to find out who the youngest is!) Despite his young age, Cathal has an impressive number of FEI starts on an equally impressive string of horses. For WEG, his mount is Rioghan Rua, an 11-year-old Irish Sport Horse mare owned by Margaret Kinsella.

Arianna Schivo’s birthday happens to fall on the final day of competition. I’m sure that the ultimate birthday present for this Italian team rider would be completing her first World Equestrian Games. Arianna rides her own and Thomas Bouquet’s Quefira de l’Ormeau, a 14-year-old Selle Français mare.