On the biggest stage for equestrian sports, three off-the-track Thoroughbreds will be showing the world what second-career horses can do as eventers. Not that they really have anything to prove, exactly – they’ve already proven what incredible athletes they are.

For team Great Britain, we have Gemma Tattersall and Arctic Soul, a 15-year-old Irish-bred gelding (Luso X Dream Cocktail, by Roi Danzig) owned by the rider and The Soul Syndicate. “Spike” was awarded the inaugural Retraining of Racehorses (RoR) award for the highest placed former racehorse at the Mitsubishi Motors Badminton Horse Trials in 2016 after a 3rd place finish.

Team USA has not one, but two pairs representing OTTBs. Will Coleman and Tight Lines were initially named to the reserve list, but have stepped up a spot on the team following the withdrawal of Marilyn Little and RF Scandalous. The 11-year-old gelding (Turgeon X Merindole, by Tel Quel) owned by the Conair Syndicate was bred and raced in France prior to beginning his eventing career.

Of course, we also have Lynn Symansky and Donner, one of our favorite All-American OTTBs. Donner was bred in New York and raced as Smart Gorky (Gorky Park X Smart Jane, by Smarten) with six starts to his name. You can read more about Donner’s history here.

This week we’re highlighting three mares ready for their new careers. Could we see one of them on a championship team one day? 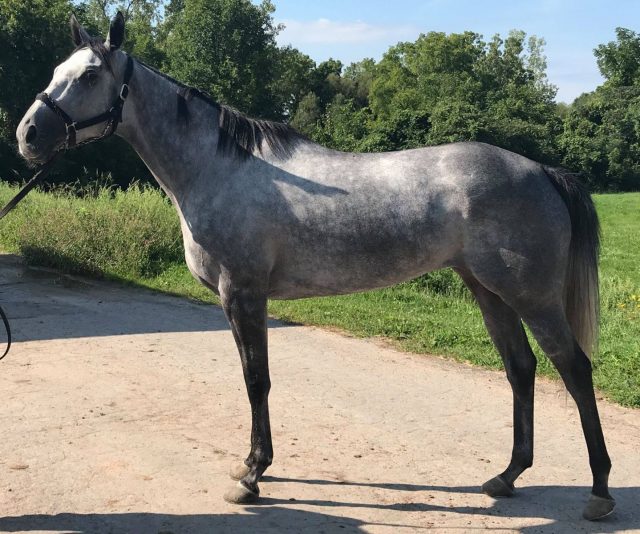 This mighty mare had several good seasons on the track where she earned close to $40,000 over 41 starts, but her desire to race has started to wane this year. She has a lovely balanced conformation and a very good pedigree for a sport horse prospect, with sire lines recently highlighted in Off-Track Thoroughbred Magazine as being desirable for jumping/eventing, so we see loads of potential in this one! Midaswellswing is described as a good girl who is nice to work with. She’s sound, has clean leg, and yes, she has a nice swinging movement. 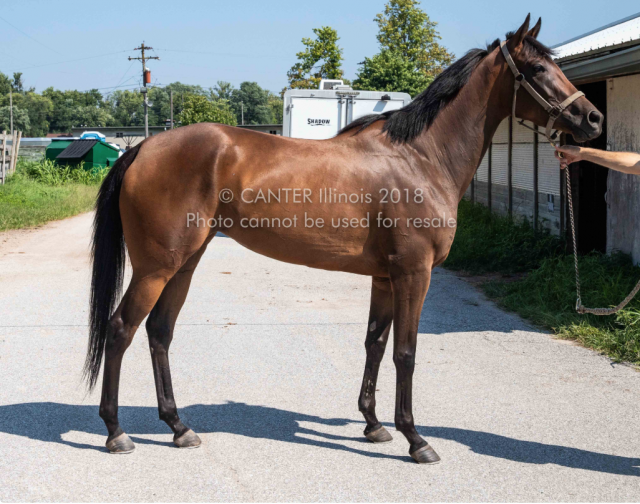 This big filly is a granddaughter of Skip Away, 1998 Horse of the Year. She didn’t inherit her grandsire’s racing talent, but she seems to have inherited the durability and toughness that comes from the Bailjumper and Damascus sire line. Hoossensation is a good-sized, classic-looking thoroughbred with a cute and sweet personality and she’s ready to come home to your barn! 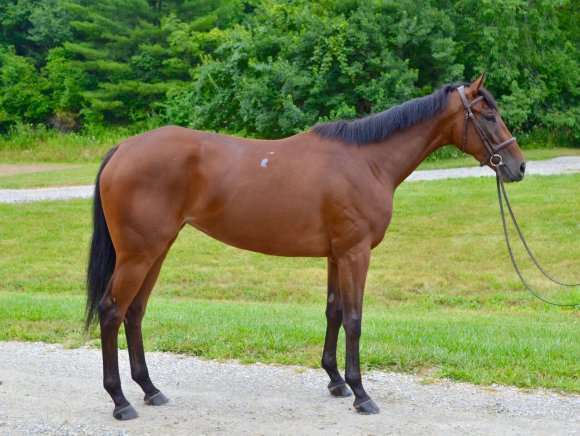 This three-year-old made no dreams come true for her connections on the track, so it’s onwards to a new career! Lightly raced with just four starts, she’s retiring sound and has the potential for anything. City of Dreams has already been restarted under saddle and is nicely picking up both leads and going over ground poles. She’s also picked up lunging and long-lining very quickly! City of Dreams loves attention and has a sensible, easy-going attitude.