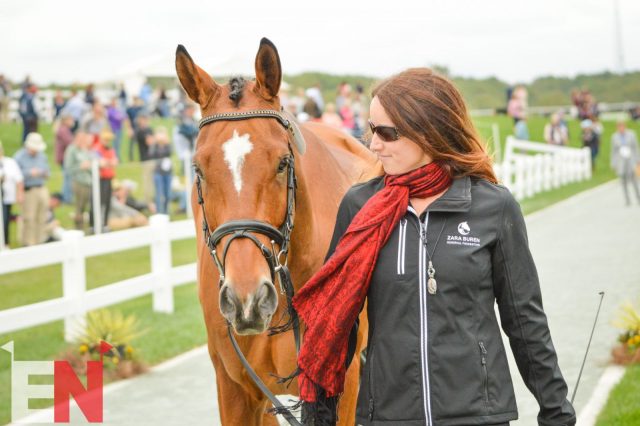 The Canadian Eventing Team is gearing up to send a full squad of talented athletes to the 2022 FEI World Championships, September 14 – 25, 2022 in Pratoni del Vivaro, Italy. Holly Jacks and Candy King will be joining the team of Hawley Awad and JollyBo, Colleen Loach and Vermont, Karl Slezak and Fernhill Wishes, as well as Michael Winter and El Mundo.

Holly and her veteran partner, More Inspiration, have previously enjoyed success competing on two FEI Eventing Nations Cup teams. They were long-listed for the 2015 Pan American Games and short-listed for the 2016 Olympic Games. In 2020, Holly qualified both More Inspiration and Candy King for the 2020 Olympics but had to retire “Morris” at the 2021 Land Rover Kentucky Three-Day Event due to a detected heart murmur.

Fast forward to 2022 and Candy King, a 2010 gelding by Granfenstoltz out of Eye Candy, is finding himself in the spotlight. Produced by Holly since he was imported as a six-year-old, Candy King has stepped up with several impressive results including a win at the 2021 Bromont International CCI2*. Highlights of 2022 include finishing eighth in the Advanced at Rocking Horse, ninth in the Red Hills International CCI4*-S, 15th in the CCI4*-S at the LRK3DE, and eighth in the Tryon International Spring CCI4*-L.

Being selected for the Canadian Eventing Team for the 2022 FEI World Championships is an honor for Holly and years of hard work in the making.

“I’m humbled to represent my country with such an exceptional group of teammates,” she said. “I look forward to traveling with our team to Italy and interacting with top riders from throughout the world. This is a crucial moment in our qualification toward a bid for the 2024 summer Olympics in France!”

But more importantly, Holly is declaring this her moment to advocate for Canadian Horse Sport. For riders based in Canada, the road to the Olympics presents several more challenges than their USA-based counterparts. 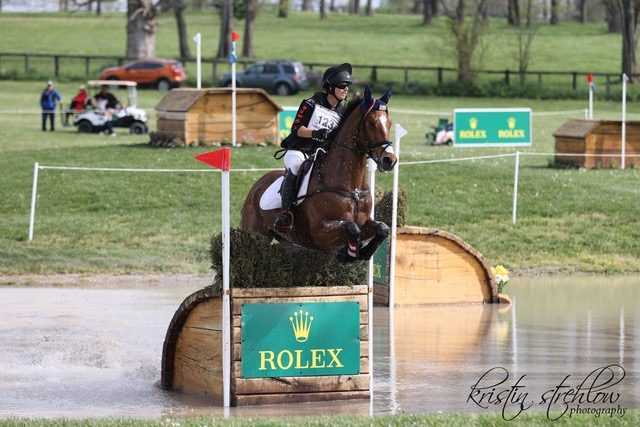 It’s well known that Canadian riders relocate to warmer climates within the United States for the winter months, or travel abroad to access better training and competitions. In fact, both Karl Slezak and Mike Winter have been based in the UK in their lead up to the World Championships. Horse sport in Canada does not get the same level of attention as it does in the United States, and because the sport isn’t as well known, funding challenges exist.

Holly feels fortunate to have a solid group of owners in the Candy King Eventing Limited Partnership, who also act in an advisory capacity. They have encouraged her to take this moment in the spotlight to advocate for Canadian equestrian sport.

“Canada is known for ice hockey, so we need to work hard to raise awareness of equestrian sport in order to find owners and raise funds to develop an Olympic team. I’ve had to sell a lot of other horses in order to develop one to the World Championship level,” she said. “Ownership in Canada is different, it’s a boutique experience because we usually don’t operate with the same volume of horses in our program. Our owners get more personal attention at our facilities and up close at the FEI level events – that is why my owners have encouraged me to seize this moment to draw attention to the benefits of supporting Team Canada.”

Canada’s new High Performance Advisory Group, has worked tirelessly over the past 3 months to attract big donors to support the team. Co-chaired by Emily Gilbert and Greg Paul, this grassroots crew of volunteers has raised a remarkable $250,000 for the team in a short period of time to fund the trip to Europe. 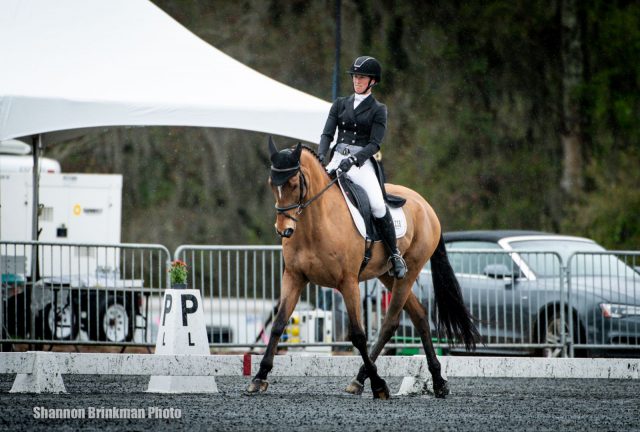 “Eventing in Canada was in a challenging place 12 months ago and this amazing group of volunteers has done an incredible job pulling together a program for us,” said Holly. “I can’t thank the HPAG and our donors enough. We aspire to make this a world-class program and coming up with the funds to send a full team to the World Championships is a fabulous start. This group of volunteers has an amazing vision for our team and country.”

Today (August 23), Jacks will begin her journey to Great Meadow International in The Plains, VA, for her last competition with Candy King leading up to the World Championship. The horses fly from JFK to Liege, Belgium on September 2nd. The team will be based 20 minutes from Pratoni, Italy for 10 days of training before the World Championships commence on September 12, 2022. The Canadian Eventing team will be supported by Team Leader James Hood, Team Manager Fleur Tipton, and Chef D’Équipe Rebbeca Howard.

For more information on Holly Jacks Eventing, please visit her website at http://hollyjacksequestrian.com.

Don’t miss out on any #Pratoni2022 action! Click here and bookmark EN’s Ultimate Guide to FEI World Championships for Eventing.