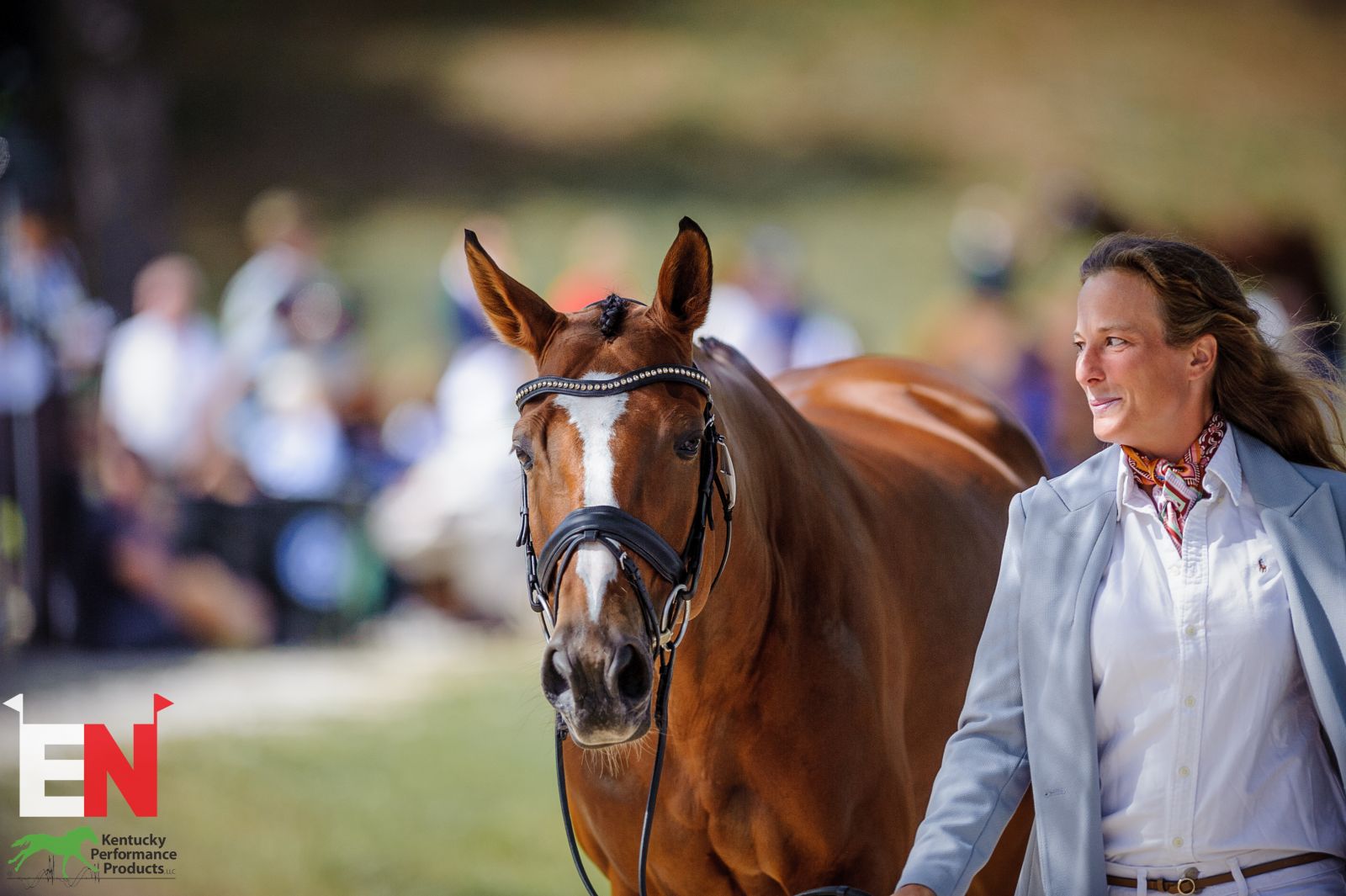 Bringing a horse along in the sport to the very top level is one thing, but breeding the event horse is an entirely other heroic effort. For three riders, dreams are realized this week as their homebreds are competing on the world stage at Pratoni.

Lara de Liedekerke-Meier’s Hermione d’Arville is one of many successful event horses from the hefty Arville Sporthorses breeding program in Gesves, Belgium.

The mare, Kyra du Relais Pachis (Kashmir van Schuttershof x Fleur de Chez Nous), landed in Lara’s stable as a one-off after she seemed to not take well to sport. “Her dam is quite a story. I received it from a breeder, which I worked for. And he said to be had some falls with her and he had always bad luck with the falls. And as I had a lot of fields in Arville why should I not try [to breed her],” Lara said. “And shed really nice breeding eventing, she has Kashmir [van Schuttershof], which is jumping with Heraldika xx behind which is Thoroughbred.”

The breeding opportunity from the stallion, Birkhof’s Royaldik,  also came about due to circumstance. Lara describes something of a trade as she was working for the breeder at the time.

The FEI World Eventing Breeding Championships at Le Lion was a goal Lara always had for this mare, but qualifications were missed by one too many rails show jumping qualification. “At seven-years-old she won [Strzegom CCI3*-L] just a week before Le Lion, so she didn’t go to qualify, but she proved that she was a good horse,” Lara said.

“And then at eight-years-old, she started four-star and she was really consistent, really reliable. You need to know her, she really doesn’t feel safe with a lot of horses in the warm up. So I had to know that but my daughter can hack around in the stables even hacking in the field at home. She’s the most polite and lovely horse I’ve ever had. I always loved this horse from the first time [I saw her]. I know her inside out.” 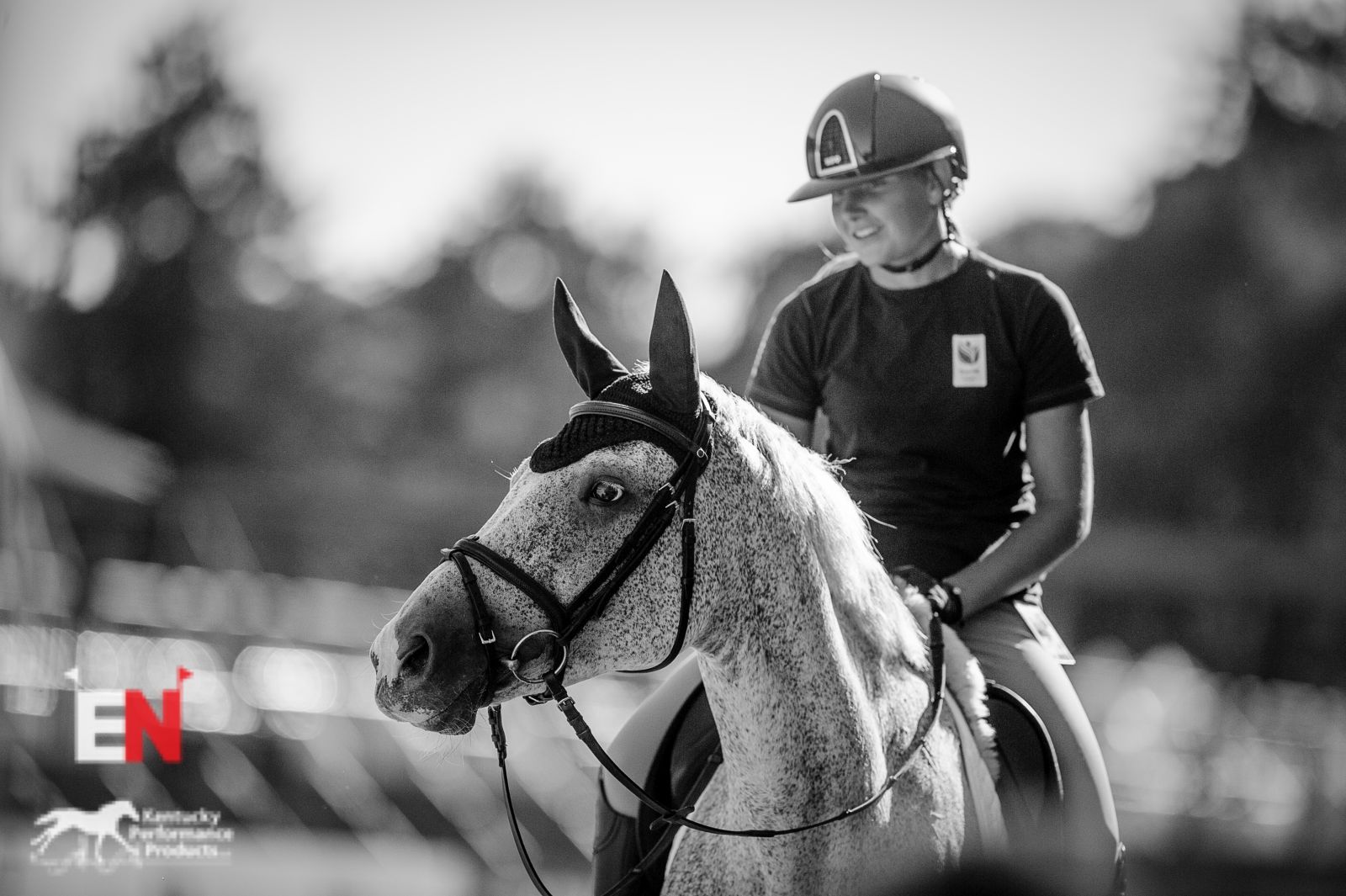 The striking grey KWPN Enjoy (Cartano x Next Joey, by Haarlem) is the pride of Sanne de Jong, who rides for The Netherlands. She and the thirteen-year-old mare grew up together in the sport.

“So I’ve had her my whole life — I’ve broke her in myself,” Sanne said. “I will say we kind of grew up together because I broke her in, and when I was a junior, she went to the young horse championships. Further, my first four-star, my first Nations Cup, last year the Europeans and now here.”

Enjoy is a product of Sanne’s family — her mother evented the mare’s grandmother.

“My mom used to event the grandmother. And then the mom was never meant for breeding, but she got an accident as young horse. She [went] blind in one eye, so then she became a broodmare, luckily,” Sanne said. “She’s, she’s given a lot of foals, and unfortunately, this is the last one. But I’ve written some brothers and sisters and they all have the same mentality — they love cross country and so does she.” 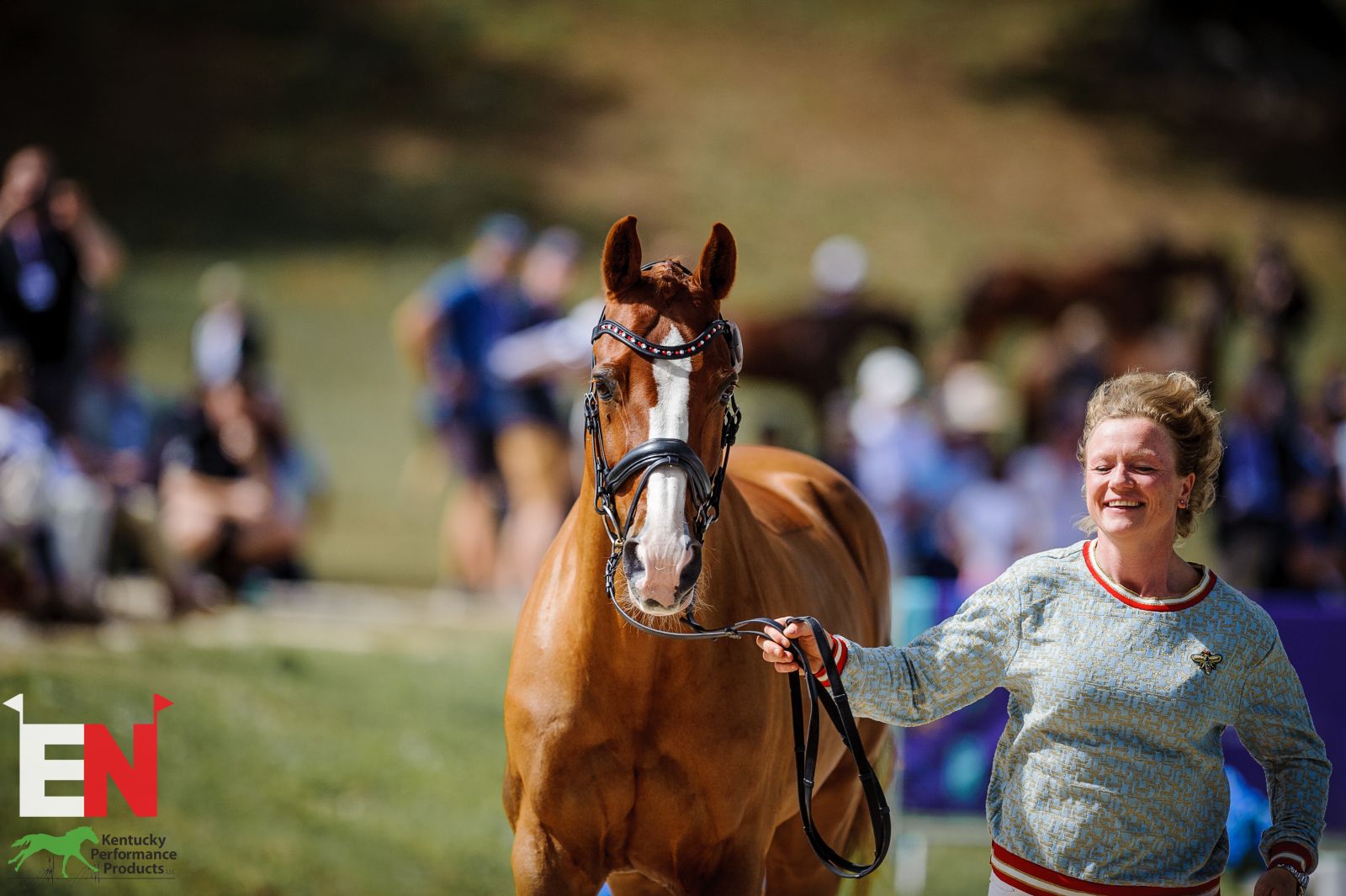 At 10, “Lillefisen,” who is by Tolouse, is among the younger horses in the field considering age and experience. He’s Danish warmblood out of another of Hanne’s horses, Stugaard’s Flying Colours (Cosmeo x Fabina, Prince Mab xx). Though this mare went on to compete in the sport, Hanne went with a gut decision to breed her before her first competition.

“You don’t ride them much when they’re three years old, so I bred a foal,” she said. “And then I went to the young horse championship on her when she was six, and that’s something about the mind because she already bred a foal, then she’s a year behind.”

This horses is something of a family pet for Hanne, who fits in riding at the end of the day after work. Lillefisen has a notorious soft spot for her son, Robin, and is calm enough for Robin to pony around the stable.