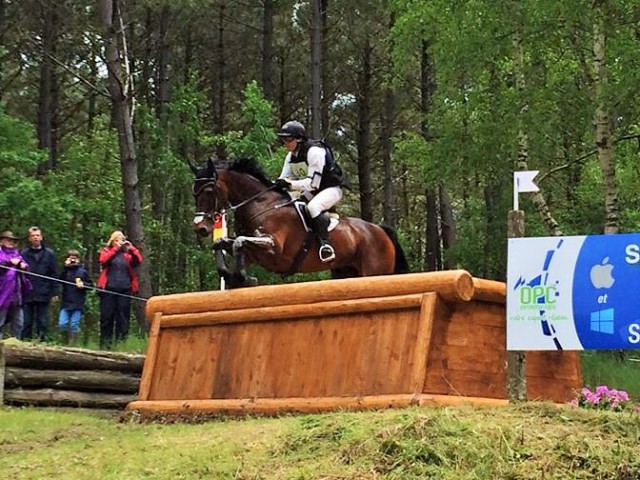 Rodney Powell’s horse, Happy Go Lucky, suffered a fatal heart attack between fences on cross country today at Saumur, according to Jacky Green, who spoke with Rodney. She reported that Rodney said that “Happy” had been going “brilliantly” up until the tail end of the course, when Rodney felt the horse have a wobble, Jacky said. Happy passed away between fences 22 and 23, so this was not a course related injury. Happy had never had any heart problems previously, and was as fit as he had ever been. Happy Go Lucky campaigned at the Advanced and three-star level with Rodney Powell for several years, with their partnership going back to 2010. We are sending Rodney and all of Happy Go Lucky’s connections our deepest condolences on this very difficult day.

Pierre Michelet’s course is riding quite tough, and while there is no video live feed, the live scores are updating per fence, and many riders are electing to retire on course. Liz Halliday and Fernhill By Night, who were in 8th place after dressage, retired on course after a refusal at fence 5B. Doug Payne ranked this combination fairly high in importance on course on his course preview earlier this week, and this proved to be quite true today as this combination seems to be causing the most trouble. 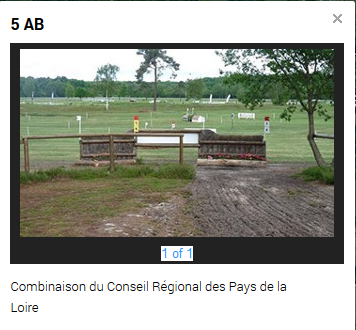 So far, 12 pairs have retired on cross country, 6 have been eliminated, and 3 withdrew prior to cross country. Three of the retired riders came into today in the top ten: Andrew Hoy and Cheeky Colimbo (2nd), Stefano Brecciaroli and P’tit Paul de Terry (7th), and Liz Halliday and Fernhill By Night (8th).

We’ve seen 5 double clear rounds, and the current leader is Christopher Burton and Graf Liberty, who turned in one of the double clears to move from 6th to first provisionally.

There are still several pairs yet to go, and Doug Payne and Crown Talisman will be setting off across country shortly, so stay tuned for much more from Saumur.