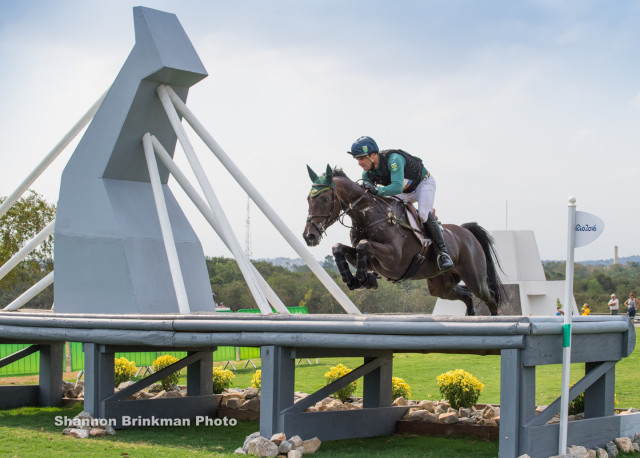 Rio de Janeiro. 2016. The place where dreams were etched into reality, where hopes were crushed and where equestrian sporting history was written.

In recent times, there’s been a lot of discussion about the evolution of the sport. About how the loss of the old “endurance” phases, the A,B and C elements that comprised the roads and tracks and steeplechase, has placed more emphasis on a horse’s ability to perform well in the dressage and show jumping.

The results from Rio, though, don’t really corroborate this story. As horse after horse came under starter’s orders and set out across the country, one thing became very clear. The very best in the world were battling it out under the Brazilian sun to earn the coveted title of Olympic gold medalist, and their chances of success hinged not on the number of penalty points awarded them by a dressage ‎judge, nor by the coloured poles that they would knock to the ground, but by the challenges that lay between those coloured flags.

William Fox-Pitt and Chilli Morning, for example. A combination who have excelled over the biggest, most challenging tracks in the world, who have won at CCI4* level, an elite horse piloted by a rider contesting his fifth Olympic Games. A combination who should, in all likelihood, have triumphed there in Rio. As they fell foul of the Pierre Michelet-designed course, it was there for all to see; this would be no dressage competition.

And, in a way, I’m glad. I’m glad that the 2016 Olympic Games were a ‎test of what lies at the very heart of eventing, of the ability of both horse and rider to make split-second decisions out there on the cross country course, to dig deep and defy the odds, to give everything that they have to clear those rustic fences the first time round.

Rio, however, was no Barcelona. No opportunity for a rise like that of Blyth Tait, back in 1992, from 69th place after the dressage, to eventual bronze medal position. ‎No, Rio was an all-round test of horsemanship, across the three phases.

Just ask Mark Todd. Mark Todd! Let’s not forget that, among all of the legendary Kiwi’s incredible eventing successes, he has also quietly ridden for his country on two Olympic show jumping teams. This alone is a feat that would be lauded by anyone’s standards, but Toddy’s accomplishments in the show jumping ring shy away from the limelight, hiding in the shadow of his phenomenal eventing achievements. And yet. And yet. And yet this master of perfection still can’t take for granted his success in the final phase of eventing.

Nobody was more devastated than Sir Mark Todd when those four poles fell from under the hooves of the mighty Leonidas II on Tuesday. And there lay the magic of Rio. Disappointment? For the Kiwis, for the Brits, yes, certainly. But a cross country course that can catch the very very best in the world, a show jumping course where one of the brightest stars of eventing slipped, with his team, inexorably further and further from the medal that was so surely within his grasp … that’s sport. That’s eventing.

Viviane Pendelton believes that the number of horses that one owns should be equal to, or greater than, the number of horses that one owns. On that basis, shortly after Child 2 was born, Horse 2 also appeared on the scene. She has been lucky enough to compete Horse 1 at BE Intermediate and Horse 2 at BE Advanced level. Horses 1 and 2 live in trendy East London, whilst she and her husband (to date, still only one) live in more central Islington with Children 1 and 2. It’s a stone’s throw from the city of London, where they both work as lawyers for U.S. law firms.