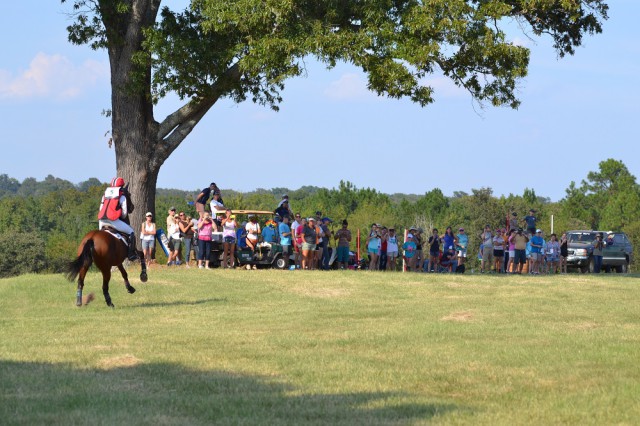 There’s been a growing sentiment in recent years that eventing is on the road to being too big for its breeches. Many fingers point toward the cha-ching aspect of it, and there’s some accountability there for sure. There IS more money in the sport. The horses ARE getting nicer. The competition IS getting stiffer. Across the board, it does feel like we’re just taking ourselves a bit more seriously these days.

British eventer Lucie McNichol recently wrote a controversial column for Horse and Hound titled “Why I’ve Had Enough of Eventing.” In it Lucie laments the direction the sport is taking, expressing disillusionment with our “reliance on big money owners,” the attitude and work ethic of young riders, and a host of other evils ranging from the short format to overly competitive show moms. “Eventing is a dog-eat-dog world,” she says, “and this year has reiterated that.” 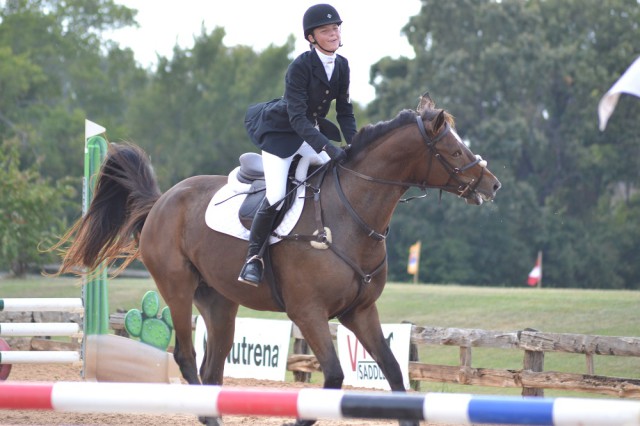 You can’t fault Lucie for her honesty; she’s speaking to the truth of her own experience, and I think everyone who is involved in the sport has probably encountered some variation on one or more of those themes. But I think there’s also truth to this comment from the salt-of-the-earth three-star rider who brought the column to my attention: “It just made me sad to read that a bit. I feel like Lucie saw the ugly side of the sport and didn’t mention all the wonderful things it brings to the world!”

Last month’s Nutrena American Eventing Championships showcased those wonderful things. It offered a panoramic view of eventing as it exists here in the U.S. — the pyramid-shaped representation of Beginner Novice to Advanced level riders, the connective tissue that exists between amateurs and pros, the sport’s sweeping geographic scope, and the heroic roles performed by organizers, volunteers and supporters. Walking around the showgrounds with my ears and eyes open felt like looking inside a clock, watching all the different-sized gears turning in tandem. 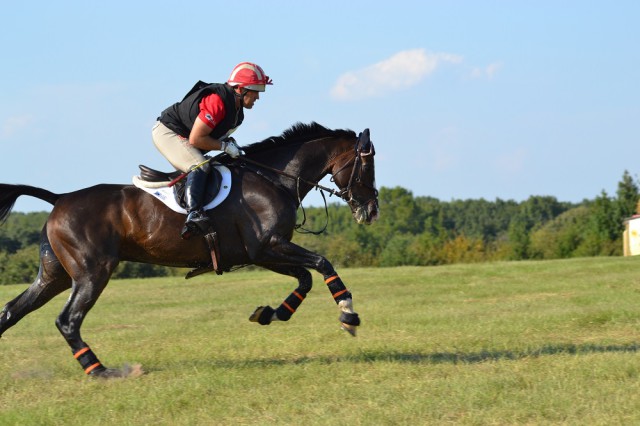 I’ve experienced the AECs as a competitor in Illinois, a coach in Georgia and now as press at this year’s event at Texas Rose Horse Park. My last trip to an Area V event was many moons ago, the long-extinct Camino Real Three-Day in 2000 or so, and it was fun to see that the area’s trademark camaraderie is still very much intact.

It seemed like everywhere you turned, people were having the time of their life: cheering for one another, hanging out together and keeping each other and themselves entertained (see the Area V Beginner Novice adult team’s unicorn-themed course walk). I went primarily to cover the Adequan USEA Gold Cup Championship but ended up turning in twice as many stories about riders who, regardless of whether they won a blue ribbon, surprised, impressed or inspired me in some way that I just couldn’t keep to myself.

This is the USEA’s feel-good event of the year, equal parts culmination and celebration of the hard work riders and their teams put in to get here. It’s proof that game faces can wear a smile, and that being competitive and having fun aren’t mutually exclusive. 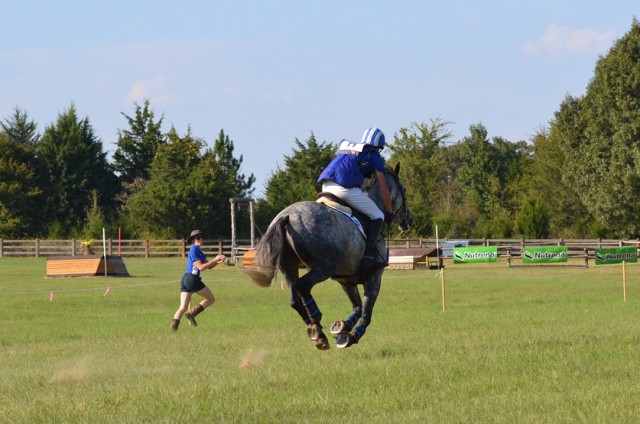 Even the Gold Cup riders, who were chasing a carrot-on-a-stick to the tune of $20,000, were clearly in it for something bigger than a (literally) giant check. For Buck Davidson, who won last year and placed third this year on Wundermaske, the AECs weren’t the most logical or convenient stop on his event calendar. He arrived having just competed eight horses at Plantation Field the weekend before and had to jump on a plane immediately after his last ride on Saturday to book it to another show.

Buck came to Texas, he explained, because he believes the AECs are important for the sport and wants to support them. I also suspect he would have loved handing the spoils over to his longtime friend Sharon White, Wundermaske’s usual rider, who has been battling some back problems of late — yet another example of the community mindedness that permeates our sport. 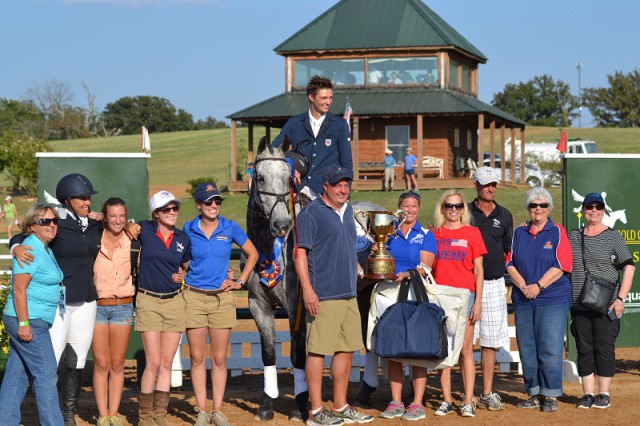 It takes a village! Jacob and his crew. Photo by Leslie Wylie.

As for 2015 Gold Cup winner Jacob Fletcher, I wish I could introduce him to Lucie McNichol. There are plenty of young eventers out there who are doing it right, and just 21 years old, Jacob is one of them. Not only is he a tremendous horseman (and a heck of a line-dancer), he is well-spoken, thoughtful, humble and quick with a smile. It’s no wonder he’s already acquired such a fan club!

Positive energy has a trickle-down effect. When “the rest of us” see top riders who present as great people as well, who are doing what they love and loving what they do, it shapes our own approach to the sport. 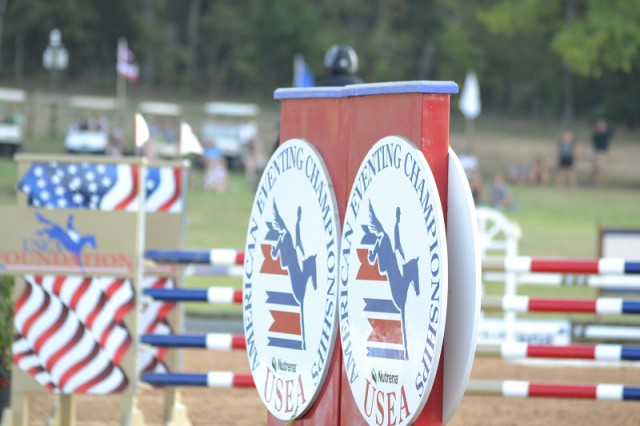 Same goes for the USEA, which has worked so hard to make the AECs a truly special destination event for riders of all ages and levels. The energy and enthusiasm of that whole team was so impressive to witness and a reassurance that American eventing is in great hands. The AECs are a manifestation of the spirit they are bringing to the table.

No matter what the color of their ribbon, thanks to the USEA every competitor left feeling like they’d accomplished something meaningful. I loved watching the division leader press conferences each day — the media staffers went out of their way to make Jr. Beginner Novice riders feel like they were just as big a deal as the Gold Cup riders. 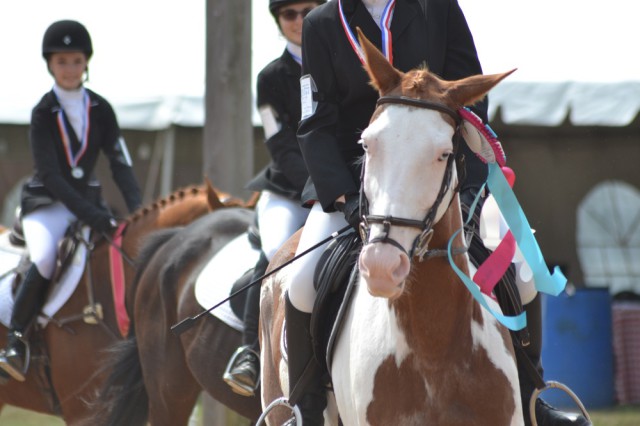 Which they are! The relationship between upper- and lower-level riders is symbiotic, as is that between riders and officials and volunteers and supporters and all the other myriad roles that are critical to the health of our sport.

Ultimately, we’re all responsible for shaping our sport into what we want it to be. We all have a voice, and it’s up to us to decide whether the tone we use is positive or negative, constructive or destructive. I believe it’s possible to take ourselves seriously and have fun at the same time. Because if we’re not having fun, what’s the point?

Click here to read all of EN’s coverage of the 2015 Nutrena American Eventing Championships.