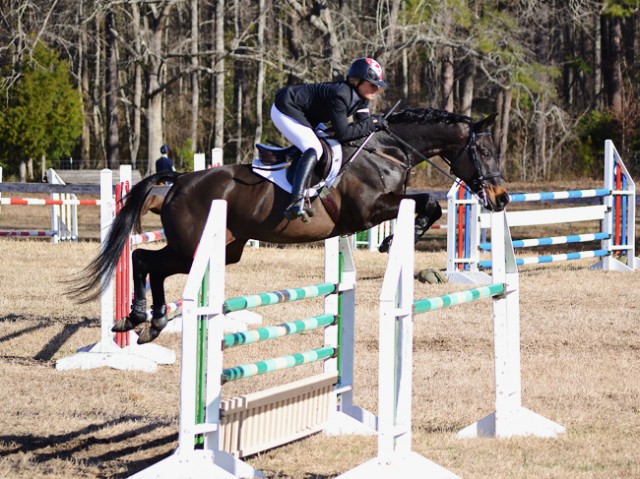 Jessica Phoenix dominated the CIC3* division at Poplar Place last weekend, taking first, third and sixth when all was said and done. Jessie has a thriving training business and is staying busy preparing for Rolex as well as keeping her top horses in prime shape with her eye on the World Equestrian Games in Normandy.

“Overall, I was very happy with their performances (at Poplar). I thought the courses rode great, and I experienced some of the best footing I’ve ever seen at Poplar,” Jessie said of her weekend in Georgia. “It was a busy weekend, but I’m really happy with everyone’s performances.” 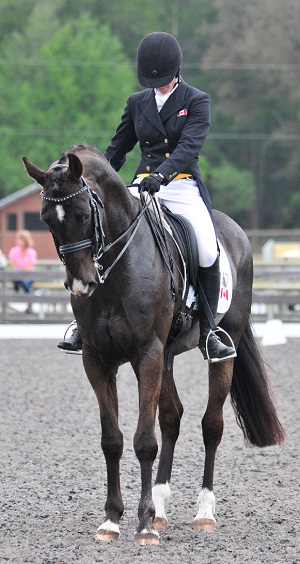 Jessie won the CIC3* aboard Patras VR, who just moved up to Advanced last year. “I’ve basically known him his whole life,” Jessie said. “I did his stallion approval, and then he was gelded in 2010 and began his eventing career.” Jessie is aiming for the CCI3* at Jersey Fresh to continue getting the 13-year-old Trakehner gelding more experience at the Advanced level.

Coming in third was Jessie’s 2012 Olympic mount Exponential, who ran clean around the Poplar track with time. Jessie has entered Exponential (Tucker) at Rolex, but plans to just do the dressage phase with him to give him some more time in a ring with atmosphere. “He’s been prepping really well; we’ve just been working on his fitness and getting him where he needs to be,” Jessie said. Jessie will continue to plan Tucker’s schedule around the selection schedule for the Canadian Eventing Team. 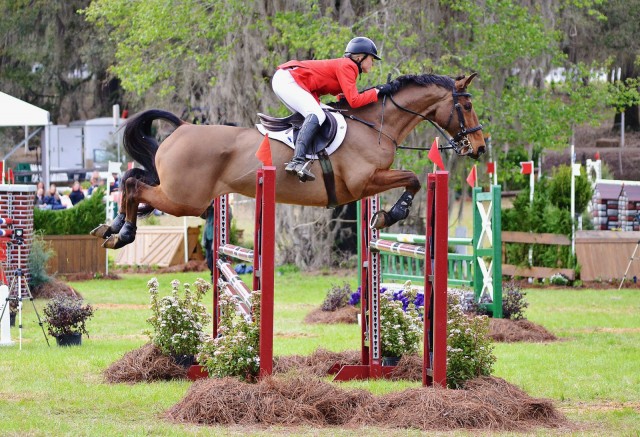 Rounding out Jessie’s trio of success at Poplar was Abbey GS, who came to Phoenix Equestrian after spending time as a broodmare early on. The 13-year-old Trakehner mare originally came to Jessie as a sales horse and quickly showed her talent for the sport. Jessie is currently in the process of putting the finishing touches on a syndicate for the promising mare. “She’s not got a lot of experience on cross country, but when she’s out there she just blows me away because she just acts like she’s done it all and seen it all before,” Jessie said. Abbey will also head to Jersey Fresh next to contest the CCI3*. 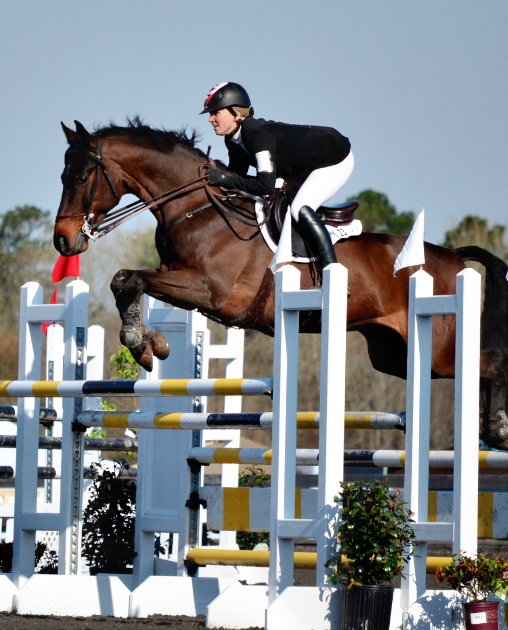 Jessie also has another horse, Pavarotti, entered in Rolex this year. Pavarotti, 11, was Jessie’s 2011 Pan American Games mount and also contested the Blenheim International CCI3* last year, where he finished 10th in a large and competitive international field. “I’ve just been giving him a slow spring, focusing on building up his dressage and getting him stronger,” Jessie said. She plans to run a combined test at The Fork before continuing on to Kentucky.

Overall, it looks like Jessie is right where she wants to be at the start of an important WEG year, and certainly her results at Poplar are a testament to how her hard work has paid off. Best of luck to Jessie and the rest of the Phoenix Equestrian Team as they continue to take the event world by storm.