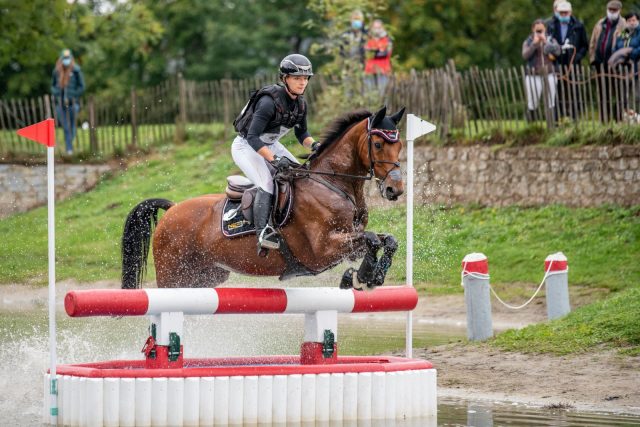 Julia Krajewski and 2017 Luhmühlen five-star winner Samourai du Thot were victorious over the weekend in the highest ranked class at Strzegom October Festival, the CCI4*-L. Polish riders won two team classes in junior and young rider categories, and Dutch riders were the best in the pony class.

Julia and the 14-year-old Selle Français gelding (Milor Landais x Melitos du Thot, by Flipper d’Elle) took the early CCI4*-L lead after dressage on a score of 24.8. They dropped to third after picking up 11 penalty points for a broken frangible device at fence #26, plus another two time faults. (Two other riders had broken frangible device faults at fence #27.) But the pair made up for it with a clear show jumping round that boosted them to the top of the final leaderboard on a score of 37.8. 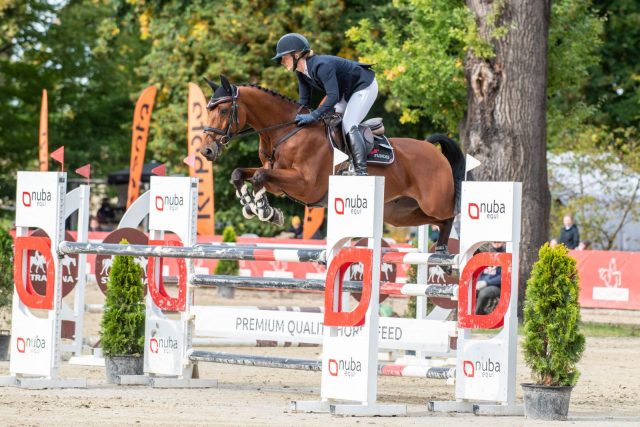 Second place went to Lea Siegl (AUT) with Fighting Line, who finished on 39.6 faults. Michael Jung (GER) was third with Go For S on 41.1 faults.

Cross country day was influential in the CCI4*-S. Great Britain’s Phoebe Locke won with Pica d’Or; the pair made a big leap up the leaderboard from 13th to seventh to first. Her victory was secured by a clear cross country round with 10 time penalties.

Katrin Norling and Fernando-Ukato were second; Elmo Jankari and Soraya 243 were third — they moved up from 28th after show jumping. The leader after dressage, Yoshiaki Oiwa with Bart L JRA, finished fourth.

The podium in the CCI2*-L was dominated by women. Mélody Johner (SUI) won with Demoiselle Peccau, Phoebe Locke (GBR) was second with Clotaire de Ferivel and Anna Siemer (GER) with Lilybelle Ea was third. 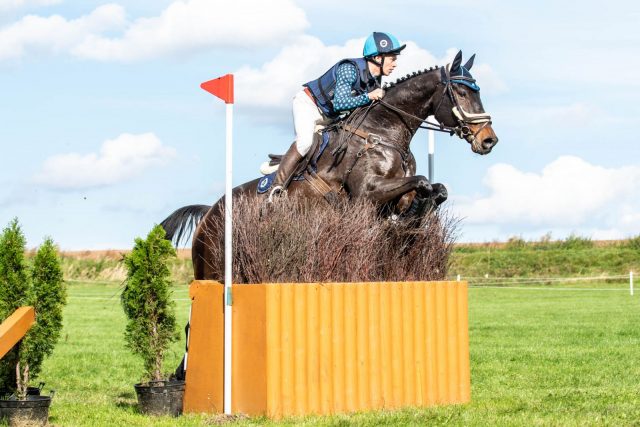 Dutch rider Jordy Wilken with Wilbert BO was victorious in the CCI3*-S after a clear cross country inside the time. Robert Pokorny (CZE) with Quantos Mer was second, and third place went to Rebecca Juana Gerken (GER) with Curley Boy.

The winner of the CCI1*-Intro class was Mélody Johner with Gb Keep Cool du Perchet.

Strzegom October Festival hosted European Youth Eventing Masters for the first time. It’s a new addition to the European equestrian calendar, where all youth categories compete both individually and as a team. 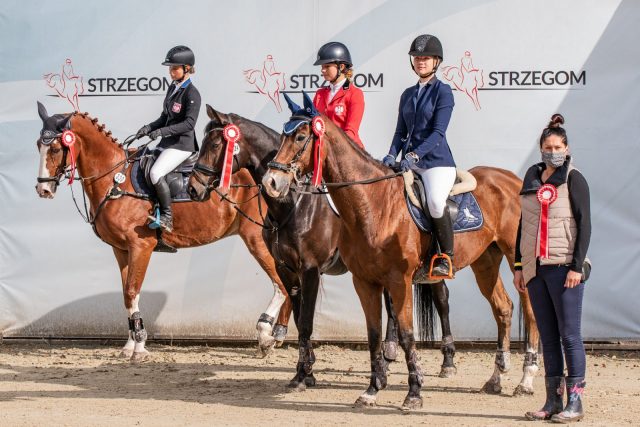 European Youth Eventing Masters was dominated by Polish riders in the team classifications. In the young riders category first place went to Julia Gillmaier with Rarashek, Pauline Wieczorek with Czacza and Alicja Tropiło with Erez M. The best individual rider was Hedwig Wikström (FIN) with Pin Rock’s Fade To Black.

Karolina Ślązak with Ganges, Weronika Król with Lismakeegan Chester, Ewelina Falkowska with Jusis and Oliwia Rapa with Kselion won the CCIO2*-L for juniors. Camille Delvaux (BEL) was the best individually with Rock And Roll.

The Dutch team was the best one in the CCI2*-L class for ponies – the win went to Kato De Smidt with Orchid’s Tigersun, Tijn De Blaauw with Orchid’s Megan, Ivy Van Der Kolk with Robin Hood and Senna Van Houte with Fernhill First Lady. Jule Krueger (GER) was the winner in the individual classification with Golden Grove Simon.