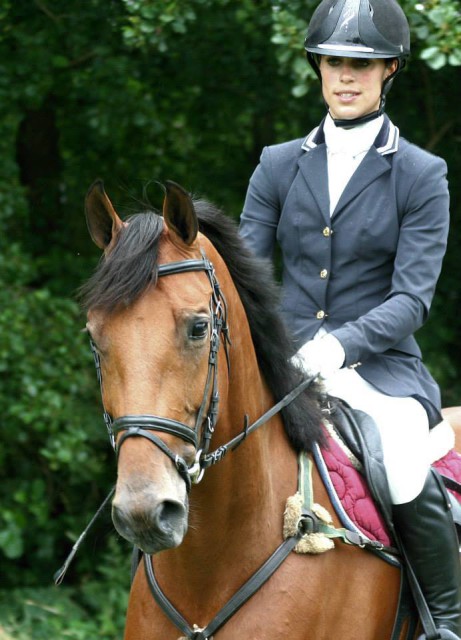 Merel Blom and RF D'orbalia. Photo via Merel on Facebook.

Kendal Lehari had a tough end to her year when she retired her upper level partner, Totally Frank, from competition after he sustained a tendon injury at Fair Hill. When we spoke with Kendal after Frank’s retirement, she told us that she wanted to find a new partner to keep her goal of representing Canada internationally alive.

It appears that her plans have played out, as Kendal announced on her Facebook yesterday the exciting news that a lovely mare, RF D’orbalia, would be joining her team thanks to the support of the RF D’orbalia Syndicate.

RF D’orbalia is a six-year-old Dutch Warmblood mare who will be coming to her new home from Canada. It will be exciting to see Kendal continue to produce this mare as she continues to aspire to international competition.

The mare competed in 1.25m jumpers, indoor eventing, and up to the CIC* level with previously, so she’ll bring a considerable amount of experience to the table for Kendal to build upon.

We wish Kendal all of the best with her new ride, and we can’t wait to see what 2015 and beyond brings for this pair. For more information on available syndicate shares or Kendal, visit her website.