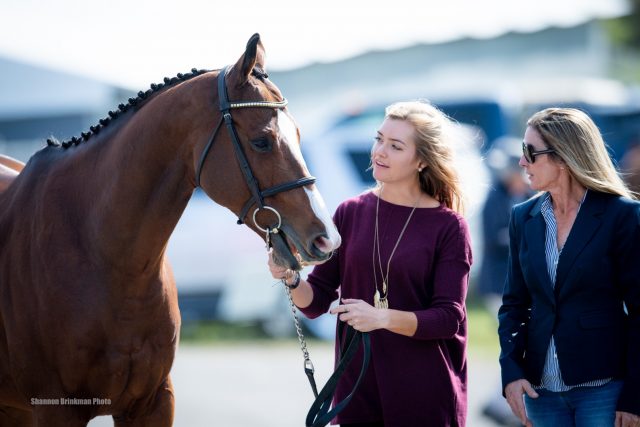 Before he was One Sly Fox, Kirsten Schuitema’s winning event horse, he was Double No, a not-so-winning racehorse. The Pennsylvania-bred Thoroughbred gelding (Discreetly Mine x Tale Of The Fox, by Tale Of The Cat) was unplaced in nine maiden claiming starts, and race notes describe him as looking “tired” in almost every one.

But there was a competitive flame inside him, waiting to get ignited. Eventer Niamh O’Connell got “Tango” off the track as a 4-year-old off and let him down in a field for a few months before lightly restarting him. He found a new home with Kirsten Schuitema of Medford, New Jersey, and now, as a coming 7-year-old, his life looks much different — new career, new start, even a new name: “His Jockey Club name was Double No, which I promptly changed because it felt like a bad omen for an event horse,” Kirsten says. 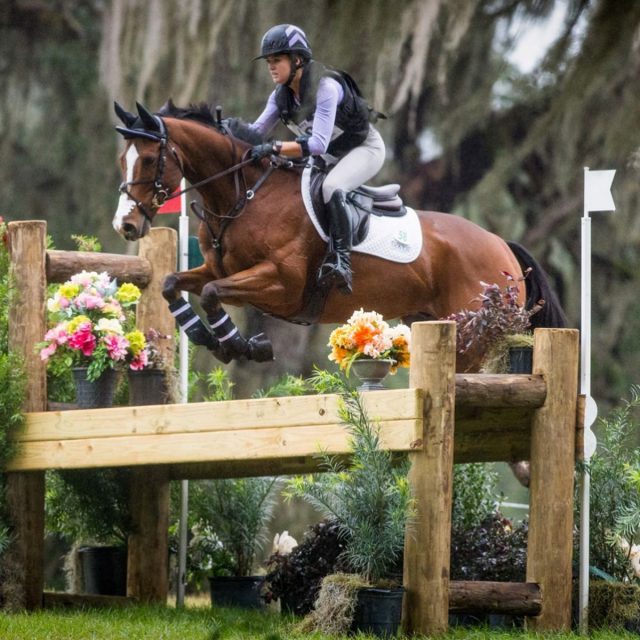 Whatever apathy Tango showed at the track evaporated in his new life. “Tango stands 15.3 hands and is a little spit fire,” Kirsten says. “Since the day I brought him home, he proved to be a bit of a challenge — a little hot and quite opinionated. Training him to be a successful, level-headed event horse has been a process, but one that I wouldn’t change for the world.”

Their first ever event together was in 2017 at Fair Hill in the Elementary division, and his most recent was the CCI2*-L at Ocala Jockey Club International in November. Along the way they’ve accumulated an impressive collection of top ribbons, including a win at their Prelim debut at GMHA June H.T. and another win at Paradise Farm H.T. in October. Their 15th place finish at the 2019 American Eventing Championships at the Modified level earned them the Thoroughbred Incentive Program (T.I.P.) Championship 2019 Reserve Championship. 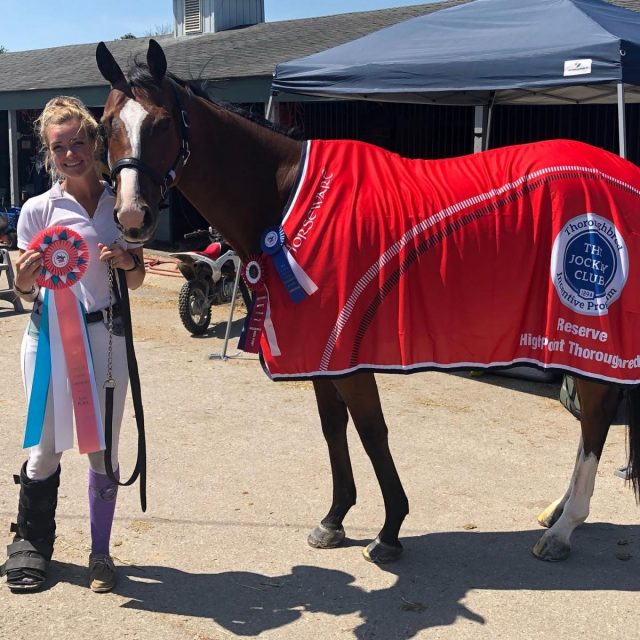 “He’s taught me so much in the 2 1/2 years I’ve had him and he continues to push me to be a better rider and horseman,” Kirsten says. “The challenges he’s presented along the way have only made the victories sweeter. My goal has always been to be a successful, professional rider at the top level of the sport. My hopes when I bought Tango were that he could take me there, and he doesn’t disappoint.”

To top off their successful year, Tango was honored at the Horse of the Year Awards during the US Equestrian Annual Meeting in West Palm Beach, FL, earlier this month as a Rood & Riddle Sport Horse Award winner. The Sport Horse Awards are given each year to Thoroughbreds participating in their second careers as performance horses in jumper, hunter, eventing and dressage competitions.

“Rood and Riddle is pleased to join with TOBA and the USEF to sponsor awards that highlight the usefulness of Thoroughbreds as sport horses in the hunter, jumper, dressage and three-day event disciplines,” said Dr. Tom Riddle, co-founder of Rood & Riddle Equine Hospital. “We congratulate all the winners and thank them for choosing a Thoroughbred to ride.” 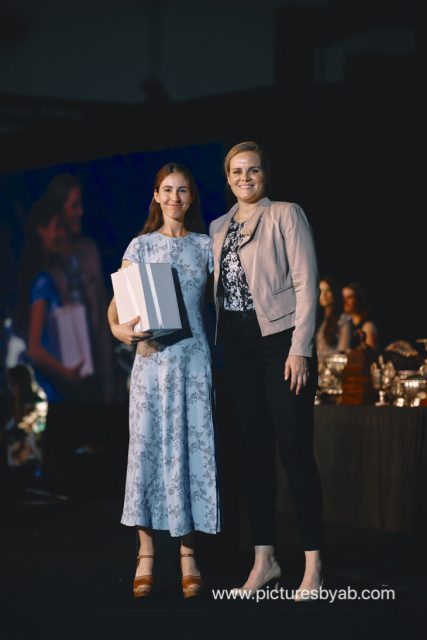 Two awards are given for each of the four disciplines: an Open Award, which goes to the highest point earner, and a Rookie Award, to ensure that newcomers are recognized as well.  The Eventing Open Award went to Palm Crescent, a 14-year-old Thoroughbred gelding (Quiet American x Edey’s Village, by Silver Deputy) owned by Chase and Darcie Shipka, who earned several top finishes at the four-star level this year with Meghan O’Donoghue.

The Eventing Rookie Award went to Tango, whose spark has clearly been lit by the sport.

“He’s a fantastic jumper with a wicked hind end that can capriole about five feet in the air from a standstill (self-taught and his way of saying ‘no’), so the height of the jumps is a total non-issue for him,” Kirsten says. “He’s got a great gallop and is incredibly bold across the country. One of my favorite things about him is that his competitive nature matches mine. He’s gotten to the point that he knows his job and is all business when it comes to performing.”

Their 2020 season is already off and running; the pair finished 6th in a division of Prelim at Rocking Horse H.T. over the weekend. Here they are making the level look awfully easy.

“The dressage was always our weakest phase, but in the past six months or so, he’s figured out that it’s a part of the game and really gets in the zone for the test. He has faced every challenge I throw at him balls on and I think he has a really bright future as an upper level event horse. We’re ready to take on 2020 and will be shooting for the CCI3-L* for 7-year-olds at Morven Park in the fall!”