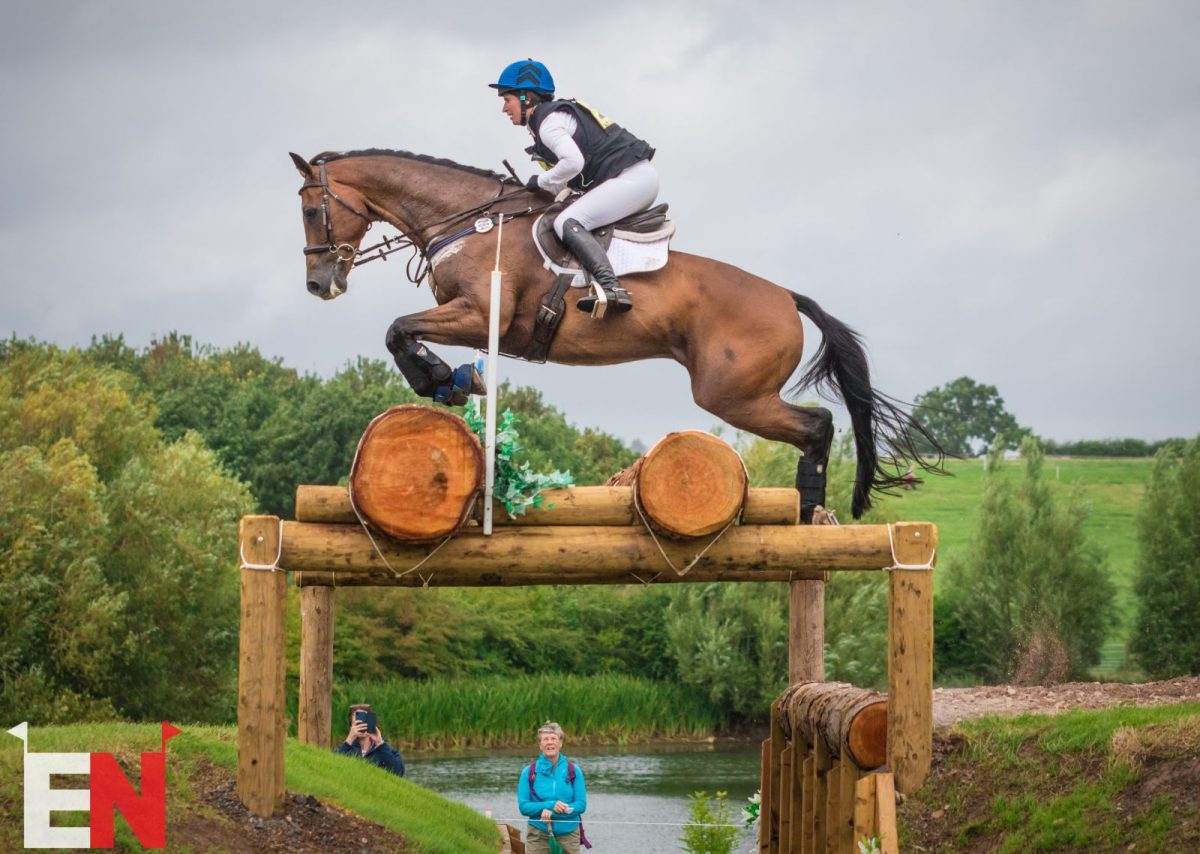 This isn’t the first time Lexi Scovil has prepped for her 5* debut with Chico’s Man VDF Z (Chico’s Boy – Chardonnay Z, by Caretano Z) — in fact, she’d originally thought she might debut at the level at Pau in Germany instead. That decision was rerouted once the pandemic took hold in 2020.

Determinedly, Lexi entered both Kentucky and Maryland in 2021, but a confidence dip here or an ill-timed abscess there would ultimately result in her early withdrawal from both. So when she pulls into Kentucky Horse Park early next week, it’ll likely feel like at least one monkey gone from her back.

“It’s been a funny couple of years,” Lexi reflected. This was actually our second Rookie interview, our first being ahead of last year’s inaugural Maryland 5 Star. “It’s really disappointing in the moment when the plan doesn’t work out, but my motto is that everything happens for a reason. I have so much more faith in my horse now — he feels softer and stronger.”

Despite the disappointment of missing the previous 5* opportunities, Lexi is looking at it as for the best. “I actually feel really confident going in to the point where maybe we didn’t need to be going to the others.”

With horses, especially the more interesting personality types common among elite athletes, we toe a constant line of pushing through difficulty and “acknowledging when the universe is telling you to back off,” as Lexi puts it. In training horses, there is endless potential to overthink and overanalyze. Lexi, a self-professed overthinker, says in her past run-ups to big events she’s allowed too much clutter into her brain and, as a result, her core training program.

For young professionals who are just coming into their own programs and building their own systems, there is a mounting sense of pressure to “prove” they belong. Whether it be through acquiring more horses to ride, bigger sponsors, more training clients, or more career accomplishments, it’s easy to get pulled in every direction while also chasing something that’s never quite in your reach. It can be overwhelming, and it can make you forget to trust in yourself. Why would you, when everyone else knows better? 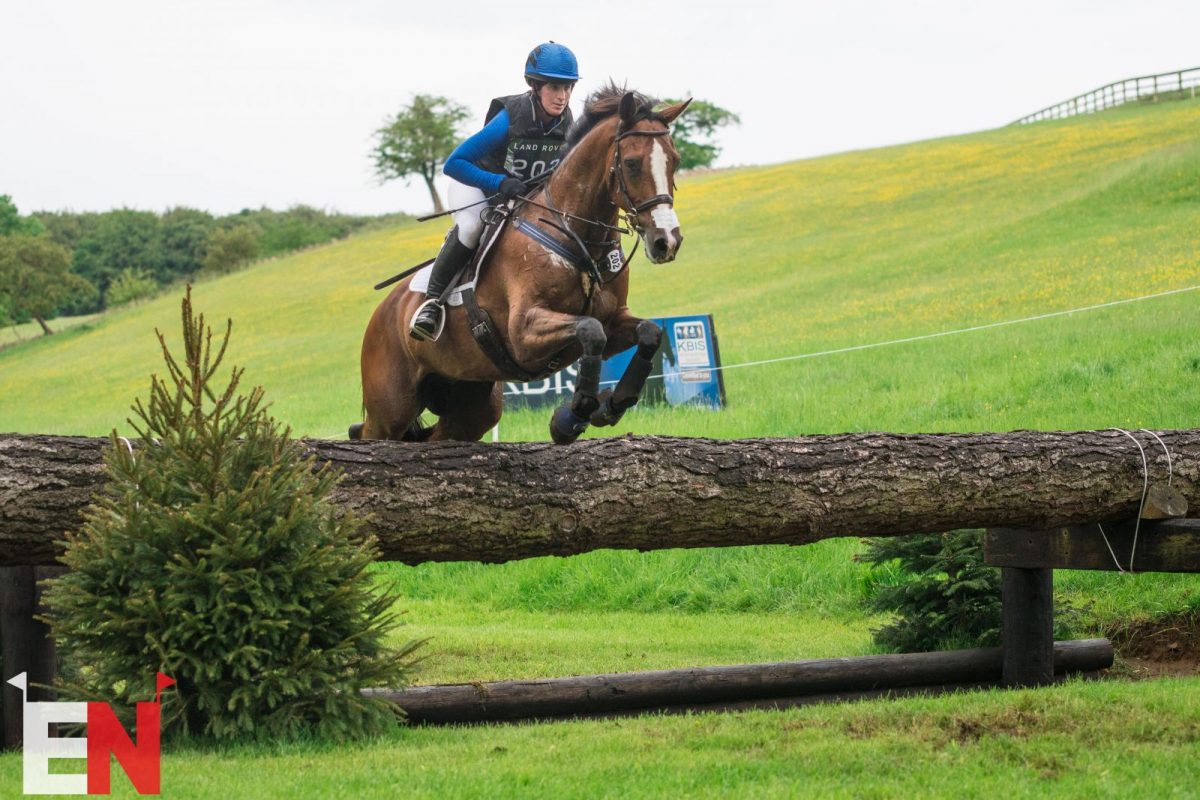 She recalls her preparation for Kentucky in 2021, where she encountered enough bumps along the way that she felt it best to wait for another opportunity. “I asked for a lot of advice from really good people, and kind of cobbled together my plan with their advice rather than going with my gut,” she explained. “And it culminated in my horse not jumping around at Carolina and not feeling confident.”

Upon rerouting to Jersey Fresh — “the best he’d felt up to that point” — Lexi was coming to a realization: she needed to employ her gut instincts more, because her horse responded better when she rode him intuitively.

This has involved selecting “Sprout’s” preparation events with his confidence in mind. “I try to find places to run him quicker and others to just produce him and give him that feeling of confidence to build on.” The result? She says this more intuitive approach, combined with the extra time to build fitness and strength, has made the 12-year-old gelding feel “like a completely different horse” this year. It’s validation for her that she’s on the right track by closing out the chatter — internal and external — and focusing instead on what she knows to work.

“He feels better as a result. I’m going based on how he’s feeling and making sure he trusts me, and I trust him. That pressure off has produced so many more good rides than ever before when I was feeling the crunch,” she explained

So come what may, Lexi says she’s ready for Kentucky to finally become a reality. She competed at Kentucky Horse Park at NAJYRC four years in a row as a junior, finishing as high as third individually in the CCI3*-L (formerly CCI2*) in 2012. In between, she’s had other horses who’ve stepped up the levels, but for one reason or another never quite made that next jump to the 5* level. 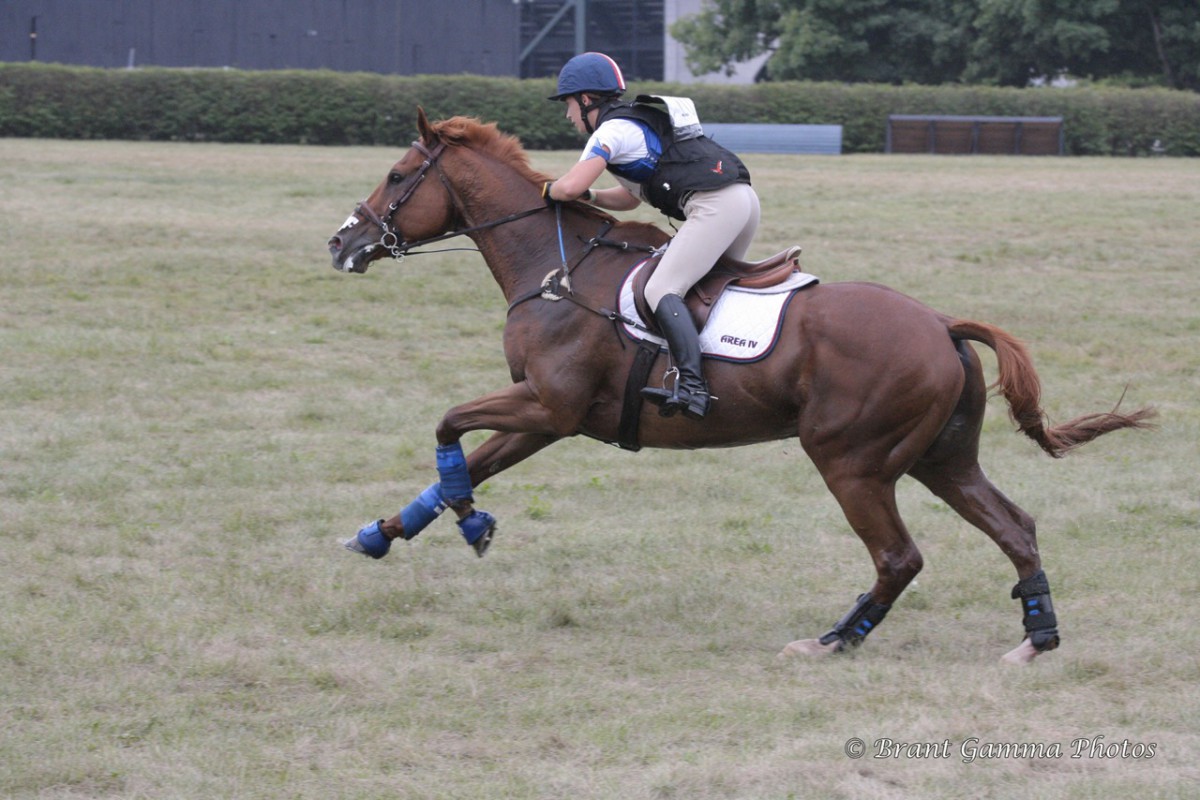 “I’ve had a few that I thought maybe would go (five-star), and it always seems to come down to the step up where you realize whether they want to do it badly or quite have the talent or not,” Lexi explained. It was the 4*-S at Chatsworth, a spring fixture on the British Eventing calendar where she and Sprout debuted at the level, that gave her that gut feeling that maybe this horse was the one to do it.

“He did his first four-star at Chatsworth, which I thought was a pretty significant course,” she said. “And he just marched around. I’d always known he had the talent and that was when I first started to believe he would help me get (to five-star). It’s a completely different thing to have ability and to also have the desire to do it and to do it with you.”

It was during her time in England that Lexi rode with and worked for British Olympian and multiple five-star winner William Fox-Pitt. His philosophy — which would probably be “slow and steady wins the race” if summed up in one tidy cliché — has helped her understand the importance of knowing when to push and when to give.

“William was really good with believing that you go out once in awhile to go fast but you’re not there to win every time,” she explained. “So often if you look at his setups for his Badminton horses, they rarely win anything on the way there because he’s out just producing them. So I’ve really tried to just go out and give the horse good jumps so that the next course he had that much more confidence.”

While she admits she’s got some twinges in her stomach these days, Lexi is approaching the week ahead with as much calm as she can cultivate. After the rollercoaster of a ride she’s taken to get to this point, the actual being there and competing are worth enjoying, not just stressing over. “I’m just ready to go and give it a shot. I believe in him so much, so we’re going to go out and have a good time. However it goes, it goes, but I think we’re in the right place mentally and I have confidence because I really know my horse.”