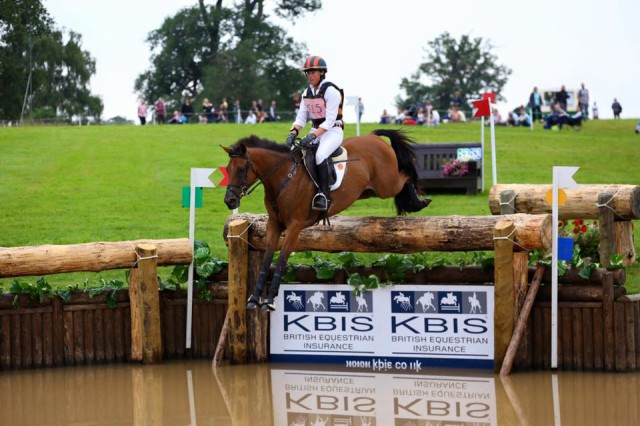 Lauren Kieffer and Vermiculus at Wellington. Photo by Spidge Photography.

It’s been two months since Lauren Kieffer packed her bags and headed to England to spend the fall season competing overseas, and so far her goal of getting “off the island” and gaining exposure in Europe — so often preached by U.S. Chef d’Equipe David O’Connor — has been going according to plan.

Lauren has Team Rebecca’s Veronica with her in England, as well as Landmark’s Monte Carlo, Landmark’s Monaco, Landmark’s Jungle ROC, Vermiculus and a show jumping mare named Smilla, all owned by Jacqueline Mars. The event horses are mostly 8- and 9-year-olds who are looking to gain more experience, and Smilla is working her way toward a mini-prix and 1.40-meter classes in the jumper ring.

“The list of of which horses to take stayed flexible until we went,” Lauren explained. “Veronica did Bramham, so it made more sense to leave her over here. Clark and Jess Montgomery did a perfect job of taking care of her while I was gone, and then I came back after the Pan American Games with the others.” 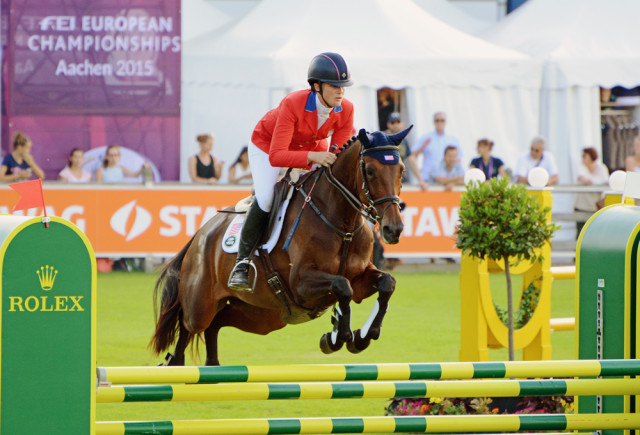 Lauren Kieffer and Veronica at Aachen. Photo by Jenni Autry.

Lauren is basing at Ann and Nigel Taylor’s Aston Le Walls during her stay, which has been a perfect setting for the six horses she brought along. “Ann and Nigel and their whole crew have been really great to deal with, and (Aston le Walls) has got everything we need,” she said.

She’s been racking up a string of good results so far, placing 15th at the Aachen CICO3* aboard Veronica — who will head to Blenheim next — and has since traveled to two other events in the area to compete. Most recently, Lauren completed the CIC3* at Wellington International with Vermiculus, an 8-year-old Anglo-Arab gelding who made his first start at the level, and had strong finishes in the 8/9-year-old Advanced with Landmark’s Monte Carlo and in the Intermediate with Landmark’s Monaco. 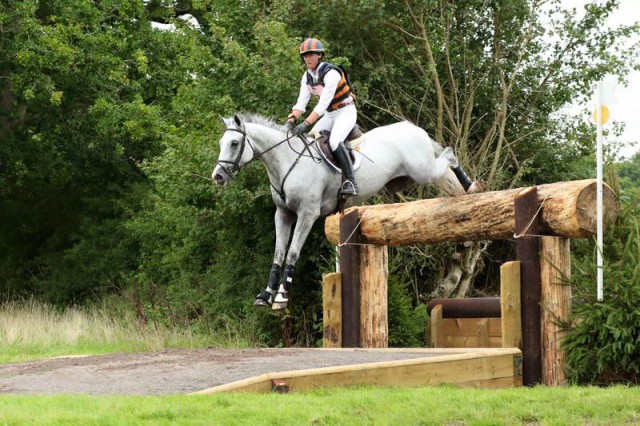 “It’s really nice for these younger horses,” Lauren said. “Even at the horse trials, there is so much atmosphere, and the tracks are very solid. This was a really important thing for myself and Ms. Mars. We have a really good group of 8- and 9-year-olds stepping up, and we wanted to come over and give them this exposure and experience.”

Lauren said the intensity and sheer size of the divisions makes the competitions feel very different from back home. “If you want to win an event here, you have to come with the intention of giving it your all and laying it down. The divisions here are huge. Even at Wellington, which isn’t a big event for the area, there were some 60-odd horses in the three-star. It’s not that the riding itself is that much better — there are great riders at home, too — but there are just more of them!” Lauren said.

“You have to have the intention of winning; you can’t be a second or two off the optimum time or have a rail down and expect to finish near the top. It’s very good pressure practice to ride in these scenarios each weekend.”

Another benefit for Lauren and her horses is seeing new tracks and venues each weekend. “At home, you get used to doing the same circuit each year,” she said. “While I love the events at home and know what to expect at each facility, it’s a different feeling to ride a track I’ve never seen before each weekend, and it’s great for the horses.” 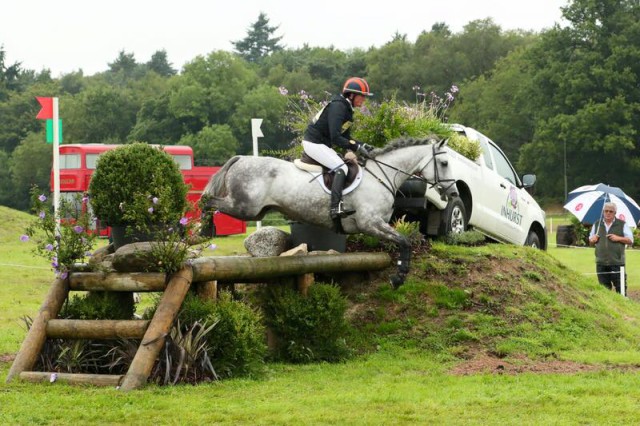 Lauren and Landmark’s Monaco at Wellington. Photo by Smidge Photography.

Looking ahead, Landmark’s Monaco and Landmark’s Jungle ROC are being prepped for their CCI debuts (one-star and two-star, respectively) at Osberton International at the beginning of October. Vemiculous and Landmark’s Monte Carlo will head for the CIC3* for 8- and 9-year-olds at Blenheim next weekend, along with Veronica in the CCI3*. To wrap up their fall tour of England, Vermiculus and Monte Carlo will aim for the CCI3* at Boekelo the second weekend of October.

Meanwhile, the talented mare Smilla has been making her way around the jumper ring, competing in 1.30-meter classes and preparing for a show season in Florida this winter. “She was imported from Ireland and was just a lovely jumper,” Lauren said. “She actually had some good success through Prelim with (Karen O’Connor), but she ended up not really having the gallop for Advanced or four-star. Now we get to practice jumping the big jumps and showing off her talent in that arena.”

In all, it’s been a successful trip for Lauren and her crew, who are being hosted by the wonderful Moira and Charles Lees just down the street from the horses at Aston le Walls. As always, it takes a village to make an undertaking such as this happen, and Lauren is the first to thank those who have been instrumental in the process.

“Everyone at home has been incredible with keeping things going,” Lauren said. “Sara McKenna, Lindsey Taylor, Jess Brumfield and Lauren Mair and the crew at home have been doing a such a great job, and Shannon (Kinsley) and Aubyn (Geser) have been a huge help to me here. Max Corcoran was wonderful in the beginning helping us get set up. It really is a team effort.”

Lauren is also very appreciative to Ms. Mars, who has been such a faithful supporter of hers for many years, for giving her the opportunity. “It’s important to have a Plan A and a Plan B with younger horses … mine and Ms. Mars’ hope is that getting these horses this exposure and experience now will make a big impact in the future.”