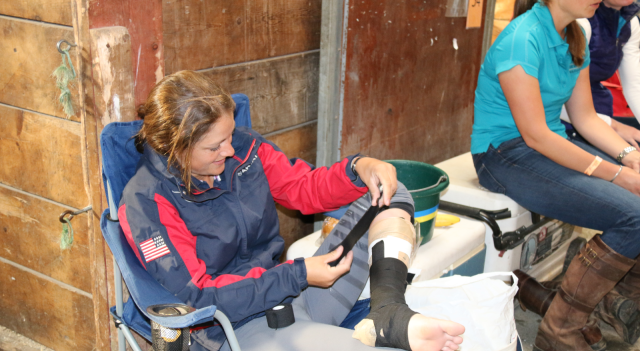 Lynn Symansky bandaging up her leg in the barn on cross-country morning. Photo by Leslie Wylie.

When Lynn Symnasky sent out a casting call for “one black zip up left tall boot” on Facebook a couple weeks ago, her intentions were clear: She WAS riding at Bromont. Even if her boots didn’t match because one calf was going to be wrapped up like a mummy.

Ride she did, and well. Lynn took her time around today’s course — her division was only three competitors deep and she doesn’t have anything to prove speed-wise, anyway — but she and Donner looked like their usual fantastic selves over the fences I saw. 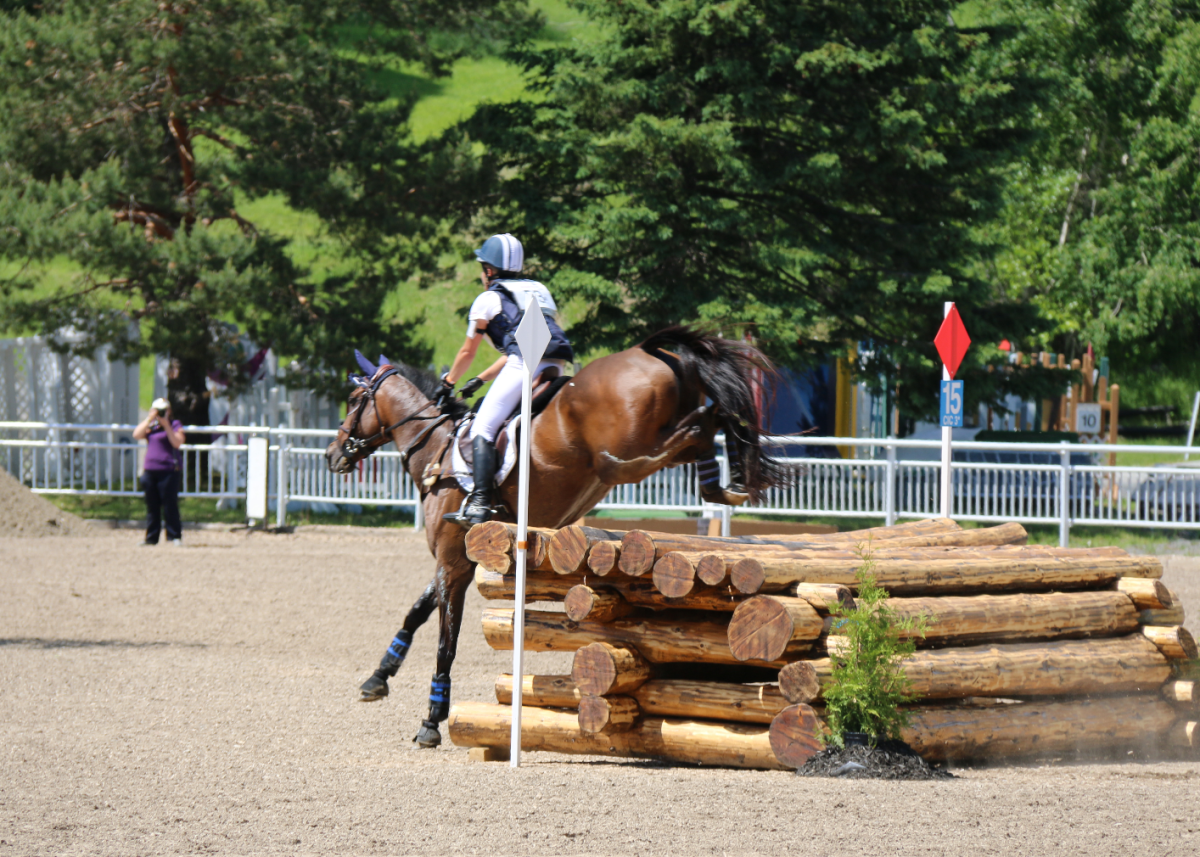 When Lynn stopped by the media tent at the end of the day her first words were, “I made it!” It’s no wonder she is breathing a sigh of relief as she hasn’t really jumped any up-to-scale fences since her injury at Jersey Fresh. Heading out onto today’s big, bold course she wasn’t entirely sure what to expect.

“I think it’s actually good that I was doing the CIC because it was less time on course,”  she explains. “There also were so many more technical fences in a shorter amount of time that you really don’t have time to think about it — it all comes up pretty quickly.”

Just because she “made it,” of course, doesn’t mean it was pain-free. She says she started feeling it about halfway through the course, and drops were trying. “I got caught out once or twice on the landing but he was great,” Lynn says. She adds that they had a hairy first water, as did several horses — as fence #4 it came up early in the course and by their ride at the end of the division the footing on the out was pretty sticky. “But from that point on he was just awesome,” she says. 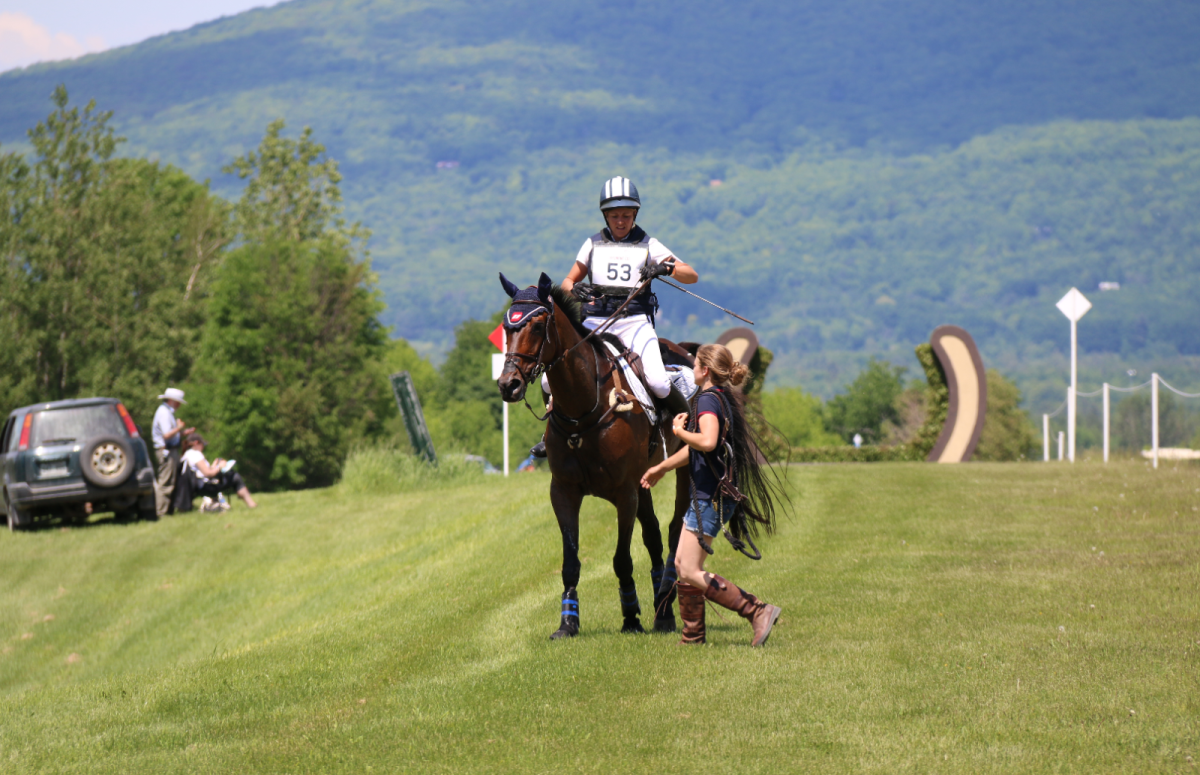 Some finish lines are extra-sweet. Photo by Leslie Wylie.

Lynn has struggled with her balance, her two legs not exactly pulling the same weight. But she says today it wasn’t too bad, and she took it a little easy just in case: “I went quite slow because time is not hard for that horse to make, and just for me I wanted to go a little bit slower and have a really good, positive outing. So we went for a little canter around.”

Wishing Lynn the swiftest of recoveries and the best of luck on Sunday! At least riders don’t have to pass the jog!