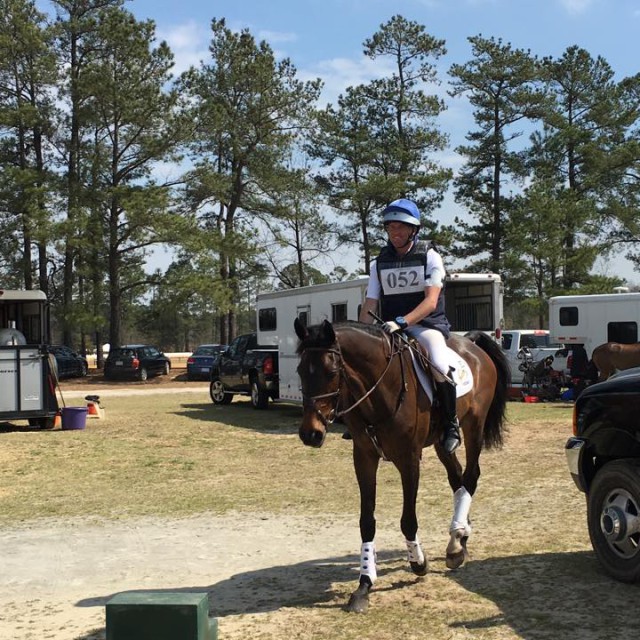 While all eyes were on Red Hills this weekend, Will Faudree made his comeback at Southern Pines Horse Trials six months after having neck surgery to repair an injury sustained in a fall at Five Points Horse Trials. In his returning horse trials, Will competed four horses, winning both the Open Preliminary-A and B divisions with Pfun and Hans Dampf, respectively. He also finished third with Caeleste in Prelim-A and fifth with Socialite in Prelim-B. We’re thrilled to see Will back in the saddle and in such fine form!

A recent study showed that horse riding promotes social development and builds character. The study involved more than 400 riders from adolescent teens to women in their mid-60s, and the results showed “clear interpersonal differences” between riders and non-riders finding that riders are determined, balanced and good leaders, among other things. Of course, we already knew this, right? [Horseback Riding Promotes Social Development and Builds Character]

Sophia Middlebrook bought her Paint gelding Sky Blue Dakota at an auction when they were both youngsters. “Spot” began his competitive career as a Western pleasure and halter horse. When he began eventing, Sophia figured “Spot” might make it to Training, but at this weekend’s Red Hills they completed the tough CIC* with no cross country jump penalties. [Pint-Sized Paint]

The 2016 Winter Equestrian Festival (WEF), just wrapped up week nine of competition. Reed Kessler and her London Olympics mount Cylana picked up their second victory of the $130,000 Ruby et Violette WEF Challenge Cup held at the Palm Beach International Equestrian Center (PBIEC) in Wellington. Reed said the win was a relief after a difficult week 8. [Reed Kessler and Cyana Victorious]

Kentucky Equine Research and EN are teaming up to host the Great KER Fitness Challenge this spring! Download the free KER ClockIt Sport app for your phone and record your rides for a chance to win a $100 gift card to shop.kerx.com, an EcoGold Secure XC Saddle Pad, a lesson with your choice of Bruce Davidson, Liz Halliday-Sharp, or Dom or Jimmie Schramm; and feature story about you and your horse on EN. [Contest Details]

Do you know of a great local eventing organization? EN wants to show them some love! Email [email protected]and tell us about your local organization. We’re looking to spotlight associations that run low level and schooling horse trials in upcoming feature articles. Go Local Eventing!

Does your horse have an inspiring story about coming back from a serious injury or illness? OCD Pellets wants to hear all about it! Send in your rehab to [email protected] for a chance to win an OCD prize pack (2-month supply of OCD Pellets, 1-month supply of COS Canine, and an OCD Pellets hat and T-shirt). Entries close Monday, May 2, 2016, and the story that receives the most views on EN will win. [Contest Details]

Cleverly disguised by an adorable Pocket dog title, here’s a behind the scenes look at the Red Hills vet box courtesy of Wallace Eventing, who produced daily vlogs from the event, which you can check out on their YouTube channel.