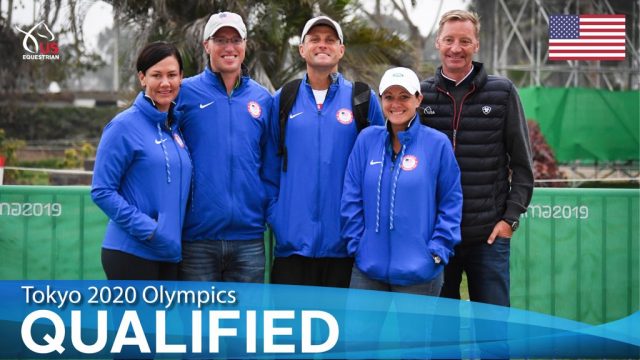 We’ve made it to the final phase of competition at the 2019 Pan American Games in Lima, Peru. By the end of the day, two more countries will have earned their ticket to Tokyo for the 2020 Olympic Games. With no livestream, here’s the place to find patchwork coverage of show jumping as it happens. Keep refreshing this page for the latest!

11:39 Carlos Parro and Quaikin Qurious jump clear! A beautiful result for the Brazilian team who have officially guaranteed at least a silver medal.

11:33 Jessica Phoenix and Pavarotti have a clear round for Canada! On a score of 37, she’ll finish no worse than fifth.

11:27 Rafael Mamprin Losano finishes on a score of 37.8 after finishing one second over the time. Another great result for Team Brazil.

11:24 Brazil’s first of three combinations, Marcelo Tosi and Starbucks, have one rail to finish on a score of 49.4 — the first sub-50 result.

11:22 Mexico’s final pair, Guillermo German de Campo M. and Quelite finish on a score fo 52 after having one rail.

11:20 RANCO! This spicy little guy had only one rail with Chile’s Carlos Lobos Muñoz.

11:18 Jose Enrique Mercado Suarez and Tehuacan drop one pole to finish on 56.2 for Mexico.

11:14 Argentina’s final rider, Juan Benitez Gallardo, has two down to finish on 63.

11:05 Karl Slezak and Fernhill Wishes produce a clear round for Canada! Their final score is 58.9.

11:02 Guatemala’s only remaining rider, Wylder Francisco Rodriguez Silva, has one rail for a final score of 68.6

10:58 Argentina’s Luciano Claudio Brunello and Maria Theresa have four faults to finish on a score of 74.2.

The chef for the Chile show jumping team just asked me to teach his grooms to braid. Maybe my best compliment to date #panamgrooming #Lima2019

10:56 Honduras’ Pedro Jose Espinosa drops only one pole for a finishing score of 71.8. So far only Colleen and Tamie have achieved clear rounds.

10:47 Tamie Smith and Mai Baum jump clear for USA! They finish on 76.8. They had a lovely round, you can see clips of it on Athletux’s Instagram story.

10:43 Colleen Loach and FE Golden Eye earn the first clear round! They finish on 87.8 for Canada.

10:38 Peru’s Juan Jose Francia and Alpacino Z have eight jumping faults to finish on 112.1. Unfortunately with a teammate spun at this morning’s horse inspection, Peru will not complete a team.

10:34 Argentina’s Marcelo Javier Rawson is in the ring with Felicitas Almendro 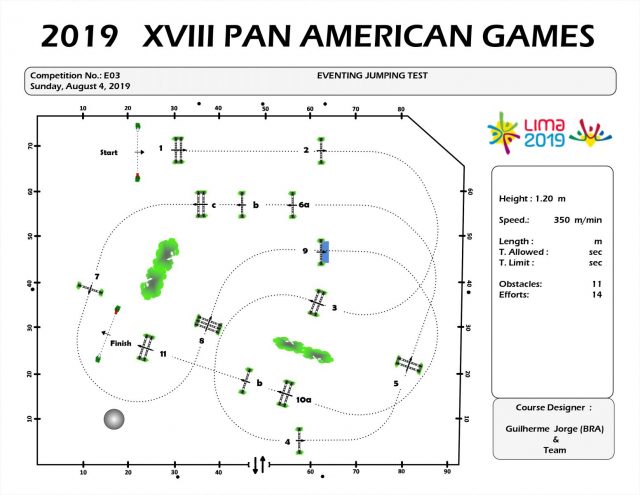