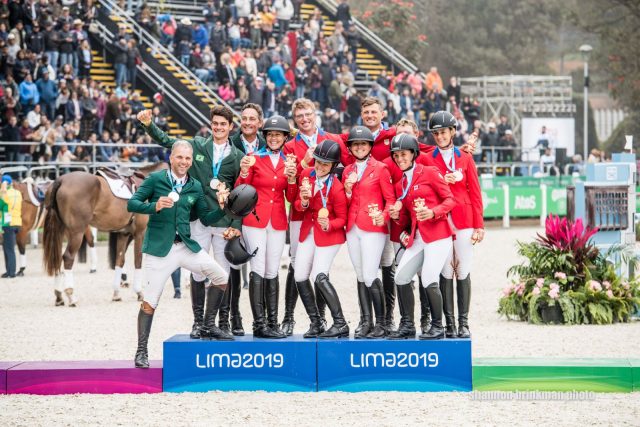 Mission accomplished! The United States won team gold at the 2019 Pan American Games, ensuring their place in the 2020 Tokyo Olympics. They earned qualification in the most stylish way possible: with all four riders jumping clear for a team result of 91.2, a whopping 30 penalties ahead of second place. 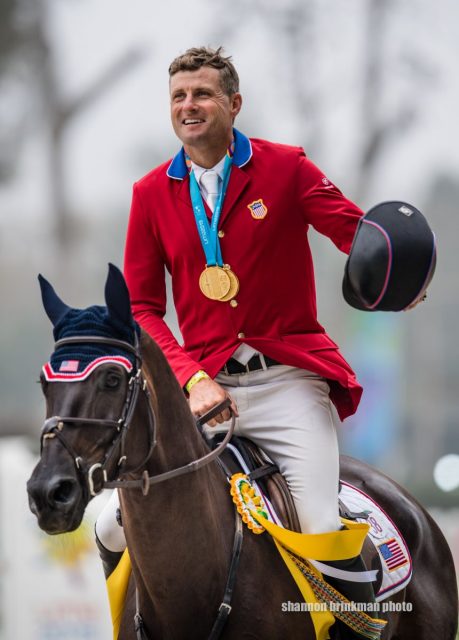 Boyd Martin was the final rider in the ring aboard Tsetserleg, a 12-year-old Trakehner gelding (Windfall x Thabana, by Buddenbrock) owned by Christine Turner, but nothing could distract them from a clear round, which they achieved to finish on their dressage score of 25.6. 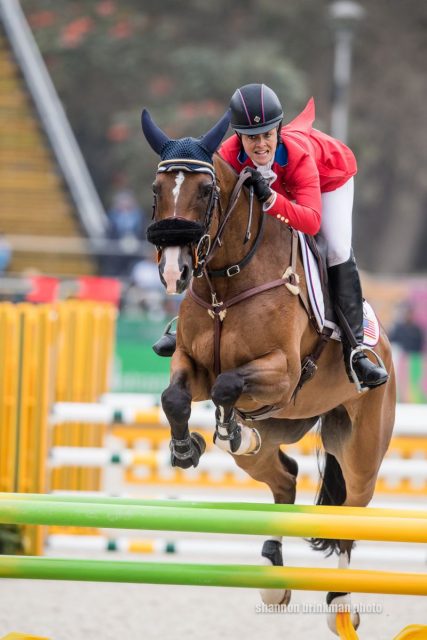 Lynn Symansky and RF Cool Play were the only other pair to add nothing do their dressage score. A clear round gave Lynn and The Donner Syndicate’s 11-year-old German Sport Horse (Condors Champion x Roxana, by Radscha) individual silver on a three-day result of 29.2. 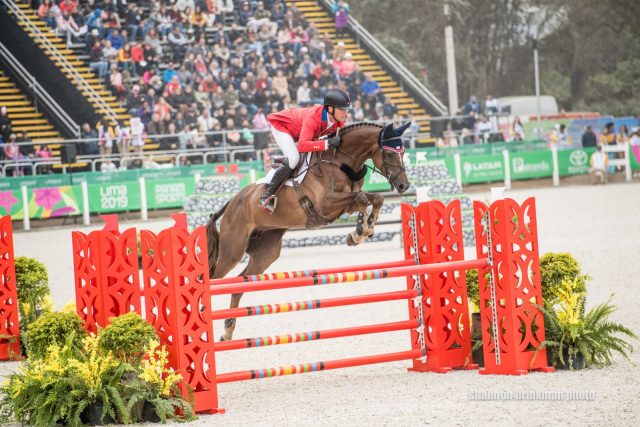 Doug Payne took fourth place with Starr Witness, an 8-year-old Dutch mare (Chello II x Carmen, by Veneur), who is owned by Doug, Laurie McRee and Catherine Winter. Their only faults were 8.4 time penalties on yesterday’s cross country, and they complete their first team experience on a score of 36.4.

Though yesterday wasn’t the outcome Tamie Smith envisioned, she and Mai Baum, a 13-year-old German Sport Horse (Loredano x Ramira, by Rike) owned by Alexandra Ahearn, Ellen Ahearn and Eric Markell, produced a lovely clear round today. They finish 17th on a score of 76.8.

“I’m just honestly really pleased to be part of this group,” said U.S. chef d’equipe Erik Duvander. “It’s sort of like all the way through the last 18 months I’ve been on board, I’ve seen how much work these guys put into it and the preparation and how much it means to them and I couldn’t wish for a better ending with four clear rounds. They deserve the medals that are hanging around their necks.” 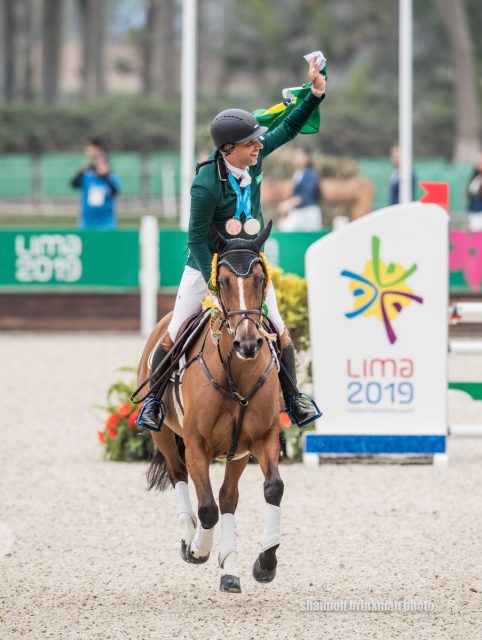 With only three riders, Brazil earned team silver to qualify for Tokyo on a score of 122.1. They were led by Carlos Parro who stood on the podium for individual bronze with Helena Ashworth’s Quaikin Qurious. He was one of only two South American riders to show jump double clear for a final score of 34.9.

Rafael Mamprin Losano and Fuiloda G left all the poles up, but finished just one second too late, adding 0.4 time penalties to give them sixth place (37.8). Marcelo Tosi was seventh on Starbucks after having one rail (49.4). 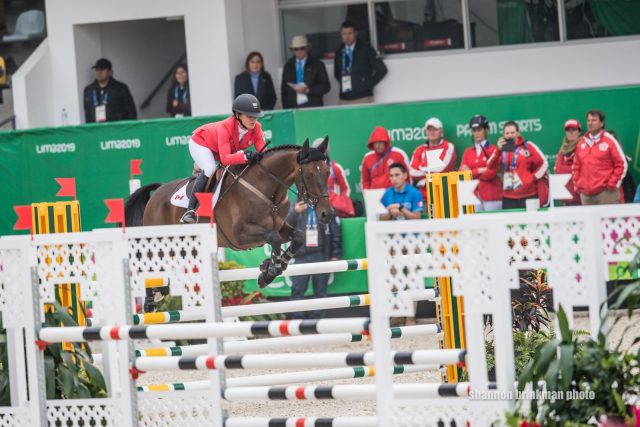 Jessica Phoenix and Pavarotti (CAN). Photo by Shannon Brinkman.

Canada achieved team bronze on a score of 183.7 with all three riders jumping double clear today around Guilherme Jorge’s course.

Jessica Phoenix remains Canada’s golden girl, finishing fifth with her own Pavarotti as the highest-placed member of the team. In their third Pan Am appearance, she and the 17-year-old Westfalian (Pavarotti Van De Helle x Fedelia, by Foxiland xx) went penalty free on the final day for a result of 37.

Karl Slezak and Fernhill Wishes are 12th on a score of 58.9, and Colleen Loach finished 20th with FE Golden Eye on a score of 87.8.

Mexico had two pairs in the top ten: Guillermo German de Campo M. and Quelite, who were 8th (52), and Jose Enrique Mercado Suarez and Tehuacan, who finished 10th (56.2). Both had one rail each.

Fan favorites Carlos Lobos Muñoz (CHI) and Ranco earned ninth place after having one rail down for a score of 53.4.

Diego Farje Carpio joined Carlos Parro as the only other South American rider to go double clear today. Riding for Peru, he and Qouter finished in 11th place on a result of 58.5.