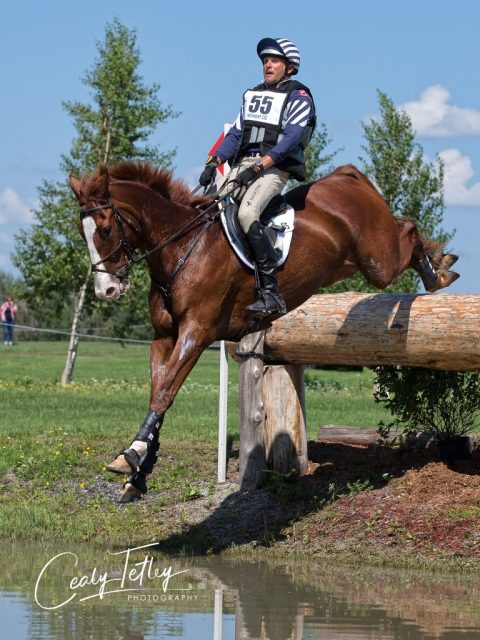 Bromont is a destination event — where would you rather spend the dog days of summer than a cool, charming mountain village in Canada? And of course the venue, with its great footing and inspired courses, is a draw in and of itself. Derek Di Grazia has been Bromont’s cross country course designer since 2009 and we can expect him to set a challenging track with the help of builder Jay Hambly and his team, utilizing the spectacular hills and natural water features Bromont has to offer. Sue Ockendon, the event organizer, spares nothing to bring in the best officiating from around the world. Prizes for a win at Bromont CCI-S include a free entry in any of the FEI divisions in 2020, including the Under 25 divisions.

Let’s have a look at this year’s CCI4*-S field, a mix of horses making their debut at the level as well as more seasoned combinations.

A few notes of interest:

The Apprentice — previously owned by Caroline Martin and campaigned through the five-star level by Buck Davidson — is a relatively new ride for Ronald Zabala, who purchased the horse this year. This is second international start together, the first being Jersey Fresh where they finished 9th in the CCI3*-S.

Matt Brown seems to have a good thing going with Big Berry, who will be making his four-star debut. The horse, formerly competed by Piggy French, was 11th in the Bromont CCI3*-S earlier this summer. Matt also has Super Socks BCF, who had an extended layup after finishing 6th at Kentucky in 2017, entered in the Open Prelim. It’s their second horse trial back — we’ve missed you, Super Socks!

Dom Schramm and Bolytair B are hitting up Bromont on the homestretch to Burghley, where they’ll be making their second five-star start.

Dressage for all divisions takes place on Friday, with show jumping to follow on Saturday and cross country on Sunday.