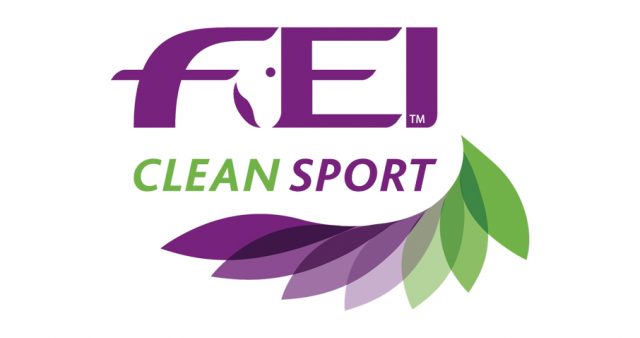 The FEI Tribunal has ruled on sanctions for the three riders who competed at the Ocala Jockey Club International Three-Day Event held November 16-20, 2017 in Reddick, Florida, and tested positive for prohibited substances under the FEI Anti-Doping Rules for Human Athletes.

Alyssa Phillips, Hannah Sue Burnett and Jennie Brannigan each received one-year suspensions from FEI and USEF competition backdated to the date of their testing. They may resume competing on November 18, 2018.

“All three athletes were able to prove no significant fault or negligence and the circumstances of the cases show that none of them had the intention to dope,” FEI Legal Director Mikael Rentsch said in a statement.

“In light of this, and the fact that the athletes have subsequently been granted Therapeutic Use Exemptions for these medications, the parties agreed that the period of ineligibility should be reduced to 12 months, and the FEI Tribunal has approved that.”

The USEF released a statement noting that the riders “are suspended from participating in any FEI and USEF sanctioned activities in an official capacity, but can spectate, in accordance with FEI General Regulations Article 169.5.1.”

Under the terms of the settlements, all three riders received a one-year period of ineligibility from the date of the sample collection at the Ocala Jockey Club on Nov. 18, 2017. All three riders will also pay a fine of CHF 1,500, and their results from the competition will be disqualified.

The riders will also be “required to support the FEI in its anti-doping campaign and to actively engage in athlete education, including providing testimonials for FEI education material,” as well as complete an anti-doping education course within one year of the FEI Tribunal’s final decision.

The full decisions from the FEI Tribunal are available at this link.

The riders released statements to EN in response to the sanctions.

Hannah Sue Burnett: “It is with the utmost passion and commitment that I will be returning to the competitive world of eventing. I have taken full responsibility for my actions and am grateful for the opportunity to return to the sport I so deeply love.

“Abiding by the rules that have been placed to ensure fair competition within the sport of eventing is important to me. While I am taking a doctor prescribed medication, I acknowledge and regret that I began taking the medication before submitting a Therapeutic Use Exemption. I have since gone through the FEI process and been granted a TUE going forward.

“I am humbled by the support and forgiveness of those closest to me despite my mistakes. To everyone who fought for me and believed in me when I couldn’t do so for myself—from the bottom of my heart, thank you. I know it will take time to rebuild the trust of many of my fans and supporters, but I am committed to doing exactly that.”

Jennie Brannigan: “I’m incredibly happy to know that I will be able to come back to compete again this November, and while this situation has been tough on my sponsors, students, owners, and support team I am truly thankful that I have learned how to love the sport even from the sidelines. I am grateful to everyone who has stood by me and I am extremely sorry to have let our sport, country, and my supporters down.

“That being said, I am appreciative to the FEI for recognizing I wasn’t taking the medication to try to improve my performance and that indeed I will be allowed to compete on this medication going forward. I know I have learned a lot from this experience, and I hope it has helped others be more educated on anti-doping as well.”

Alyssa Phillips: “Today FEI made public that I have been given the minimum sanction possible of 12 months for my ingestion of two prescribed medications, that are banned substances. As most of you may recall, I tested positive for the two prescribed medications at a competition back in November. At the time, I didn’t understand that riders were subject to an anti-doping program, I thought only horses were.

“I should’ve known to apply for a TUE for my two medications, but I was not aware I needed to. However, I have since applied and both medicines have received a TUE. With that being said, the FEI understood I was not trying to enhance my performance in any way and has granted me a sanction of 12 months backdated to when I was tested in November. So, I will be eligible to compete again on November 18, 2018.

“Despite my ineligibility to compete, I am grateful to be surrounded by people that have supported and continue to support me during this time, along with three happy and healthy horses. I have taken advantage of my time off to really focus on the training and ride-ability of my horses. I am staying positive and using this unfortunate situation as an opportunity to learn and grow as a rider.”

Jenni Autry contributed to this report, which was updated on May 28, 2018 with official statements from the FEI and USEF.

[USEF Statement on Suspension of U.S. Athletes at 2017 CIC3* Ocala-Reddick]