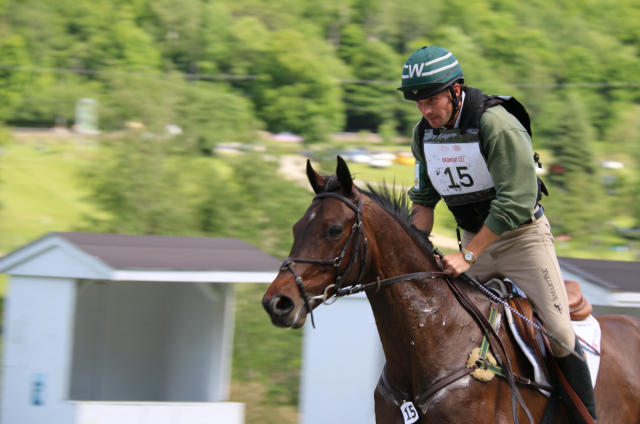 Ryan Wood and Fernhill Classic at the Bromont CCI2*, where they finished 5th. Photo by Leslie Wylie.

Not long after Ryan Wood moved to the States from Australia six years ago, the then 25-year-old four-star rider basically had to start again from scratch. “I went through a bit of a dry spell when I came over here,” Ryan says, explaining that one of his Advanced horses sold and the other got injured.

Riding around at the lower levels is fine, but for a hungry young rider who’d already had a taste of the big leagues and moved to the other side of the world to chase them, it wasn’t enough: “I said to myself, ‘I’m never going to be in this position again.'”

Ryan, who runs Woodstock Eventing out of a barn adjacent to True Prospect Farm in Pennsylvania and trains alongside his Aussie mates Phillip Dutton and Boyd Martin, got to work developing his business and building connections. Three years ago, with a support system finally in place, he went to Ireland in search of some “keepers,” horses he felt had the talent and drive to accompany him back to the top of the sport.

After looking at dozens of horses, Ryan settled on three. He explains that when evaluating event prospects, he looks at disposition and trainability first, with jumping ability running a close second. Of the three horses he singled out, Ryan says, “These guys checked all the boxes.”

Two were 4-year-olds. Wallaby, a grey Irish Sport Horse from Ireland’s Ringwood Stud, was a gamble as he’d never even been ridden. “I was the first person to sit on him,” Ryan says. “They got a bit funny with me when I asked to jump the horse because he’d never been sat on, and I said, ‘Well, it’s up to you. If I can’t jump him, I’m not going to buy him.’ They set out a chute and basically I jut ran down the chute — I wanted to see if he was as good jumping with a rider on his back, and he may have been even a bit better than he was free-jumping.”

The other 4-year-old, Bennett, got his ticket to the U.S. when Ryan showed an iPhone video clip of him to Bennett’s now-owners, Curran and Margie Simpson. “I sent it to him and (Curran) said, ‘Looks good enough, let’s bring him over.” Their leap of faith has since paid off, as the horse has already accumulated a mountain of blue ribbons, including a first place in his first CCI* at Virginia last fall.

Wallaby and Bennett have been neck-and-neck coming coming up through the levels, and they packed a double-punch last weekend at Bromont as well, finishing second and third respectively in the CCI* with a single point separating them.

When Bennett, who tends to be the quicker of the two horses, finished cross-country just a second under the time, Ryan assumed he would have to hurry Wallaby around the course a bit. But both horses ended up clocking the exact same time, 7:05. “Wallaby, he’s like a diesel engine — once you get him up to speed, he can hold it, and he did,” Ryan says. “He stepped up. I was very proud of him.” 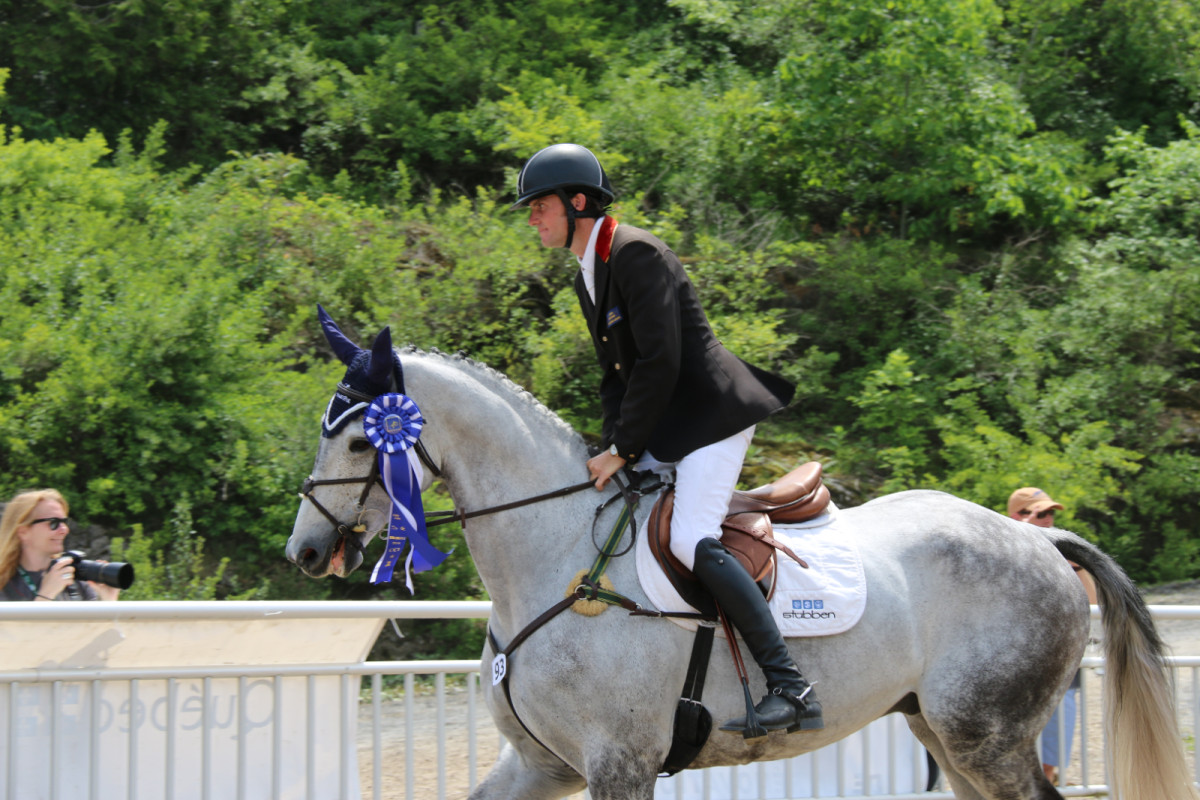 The third horse Ryan brought over from Ireland, Fernhill Classic, also made the trip to Bromont, finishing fifth in the Bromont CCI2*. 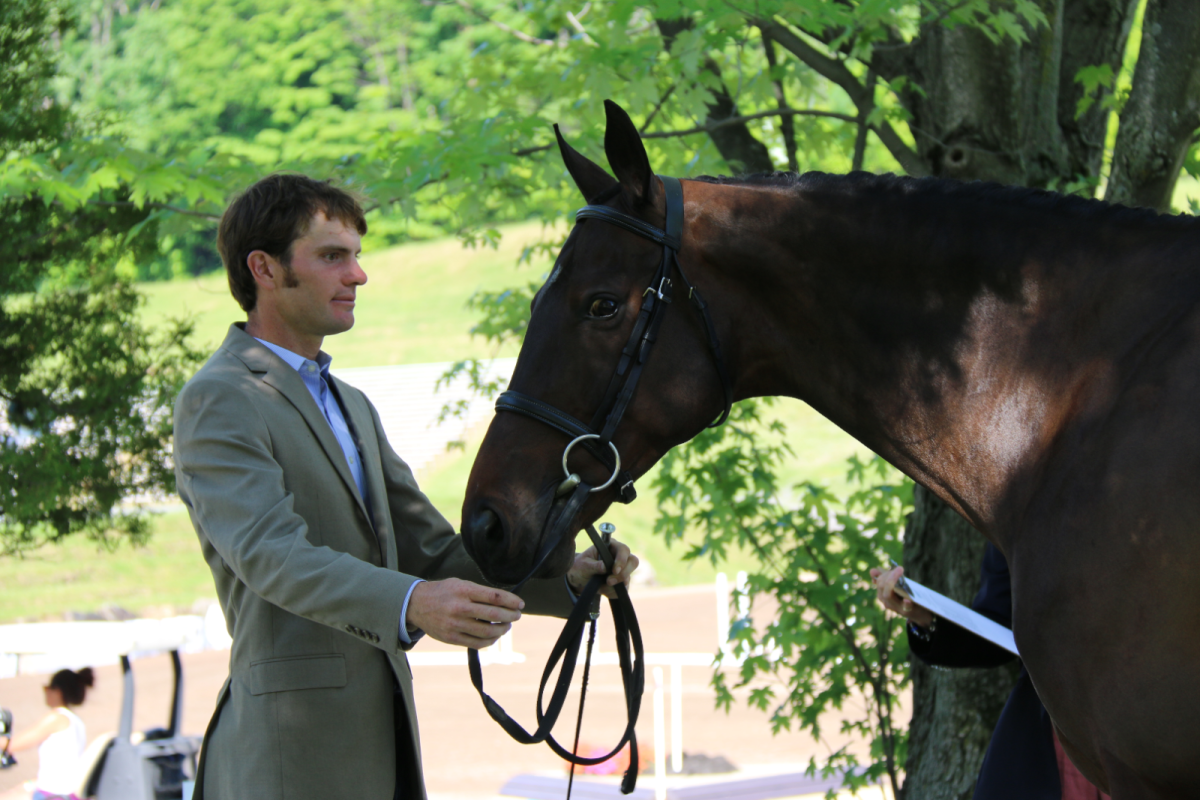 Ryan Wood and Fernhill Classic at the Bromont CCI2*. Photo by Leslie Wylie. 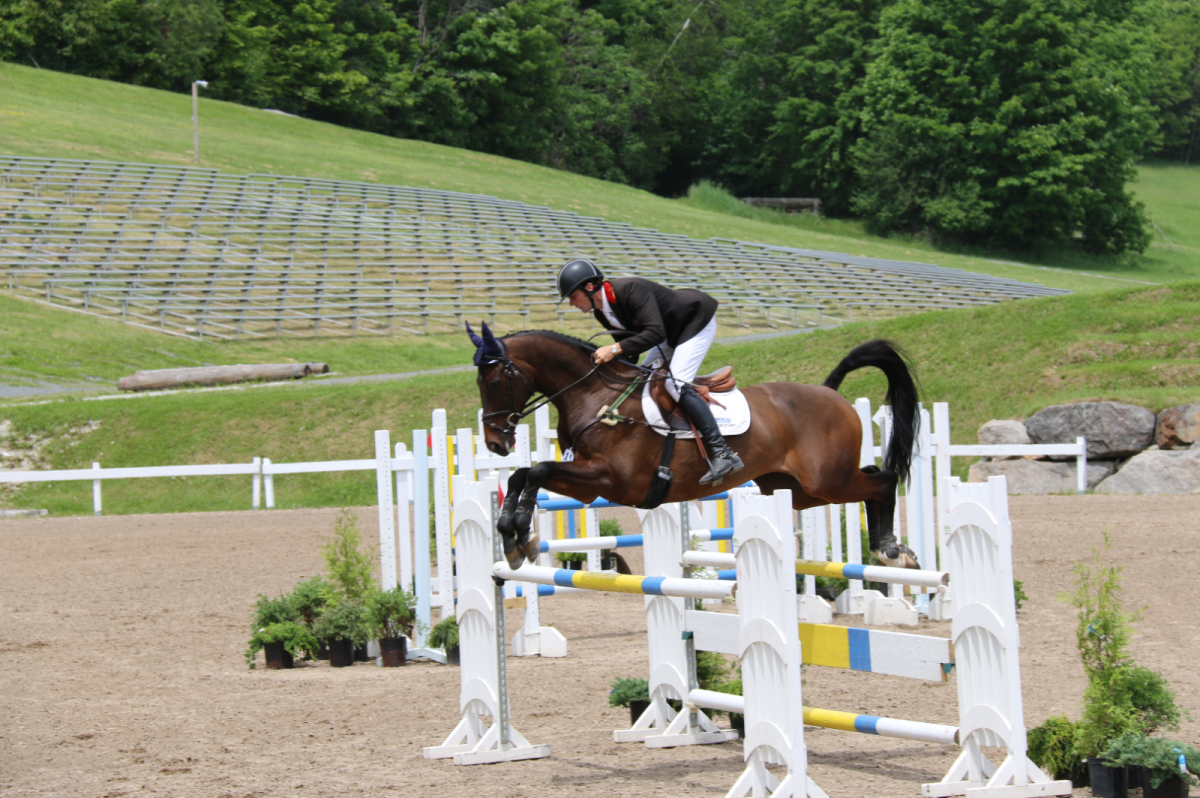 And a delightfully opinionated tail-flip to match! Ryan Wood and Fernhill Classic. Photo by Leslie Wylie.

Ryan and Classic have been all over the map with regard to results, but the horse’s potential is obvious — when his head is in the game, he’s unstoppable. They placed second last fall in the CCI2* at Fair Hill and have been getting their feet wet at the Advanced level this spring. And “talented but tricky” doesn’t seem to bother Ryan, who always seems to land on his feet when faced with a challenge. (And even when he doesn’t land on his feet — Ryan’s roster of injuries sustained over the past five years is a story in and of itself — he always bounces back.)

Luckily, Classic seemed willing to negotiate with Ryan at Bromont, where they laid down one of only five clear stadium rounds. “I was happy that he was listening and rideable and he put in a fantastic show jumping round,” Ryan says. “It’s good to go clear cross cross country, but there’s nothing like a clear show jumping at the end of it.”

Congratulations to Ryan on his successful weekend at Bromont, and we’ll be keeping a close eye on Ryan and his first crop of “keepers” for the future!