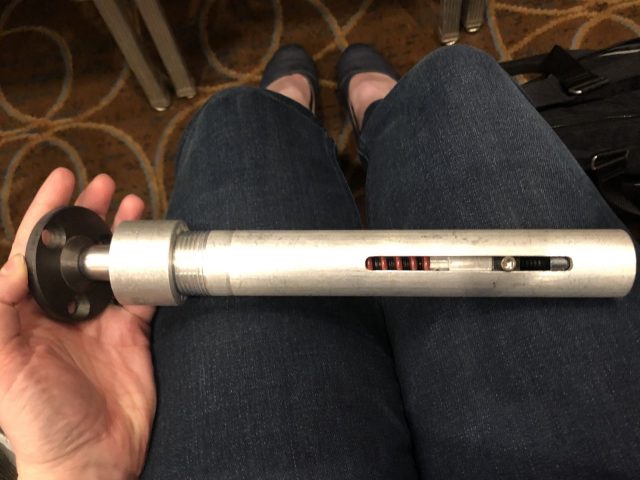 How can we make our sport safer? It’s a question we’ve asked ourselves over and over, and possible solutions continue to surface and evolve. A number of forums have addressed the topic here at the 2019 USEA Annual Meeting & Convention, ranging from cross country course design and frangible technology to better quality coaching, risk assessment and rider responsibility among other safeguards.

Today began with a Safety Committee Open Forum, in which the Cross Country Safety Subcommittee shared that it is working to rewrite cross country course design guidelines to address using groundlines to help horses better read fences. The committee also shared that it is investigating putting a rule in place, similar to rules in Europe, that would prohibit horses and riders from going cross country if they incur too many show jumping penalties.

In the Annual Meeting, outgoing USEA president Carol Kozlowski noted the USEA’s two-year partnership with EquiRatings and the availability of ERQI scores, which can be utilized by riders as well as officials to identify horses with consistently weak performances that may require an intervention. Read our recap of the “ERQI Reports for Officials at Events” forum here. Carol also explained that better guidelines are being put in place to ensure safer cross country schooling and warm-ups at events, both of which saw rider fatalities this year.

Frangible technology and better educated riders continue to lead the discussion. Two of today’s panels spoke directly to those topics:

Last year, Dan Michaels, an amateur eventer and retired aerospace engineer, came to the USEA Annual Convention with a model for a new frangible device that would be broadly applicable to many types of fences and alleviate many of the limitations of the current mechanisms on the market.

There are currently two distinct frangible mechanisms on the market: the frangible pin which can be placed on the front or back of a post and will shear off at a certain amount of force, and the MIM clip which is a hinge attached to a rail or log. Neither mechanism is perfect. Each time the pin is stressed but does not fall, it increases the likelihood that it will fall at a lesser impact down the road. It’s also difficult to tell the level of stress that a pin has already taken and every time the pin actually breaks it needs to be replaced.

With MIM clips, there is an easy mechanism in place to tell if the clip has been compromised — there is a small ‘flag’ that pops out which jump judges check for every few riders. The MIM clip is more fair, since it is less likely to be triggered in compromised state, and easier to replace, however it is much less effective when jumped on an angle. There have been unintended consequences to implementing MIM clips, since the clip can only hold up to a certain size log so smaller logs are being used. Perceivably bigger jumps (think more ‘airy’ looking’) are created when smaller logs are used.

This year, Dan came to convention with a working device that he’s distributing to course designers.

Insight from one of our sport’s most experienced and masterful coaches, David O’Connor, was a highlight of this morning’s ICP Open Forum. Why is ICP important, how is it intertwined with risk management, and how does it evolve: what does the “2.0” version of the program look like?