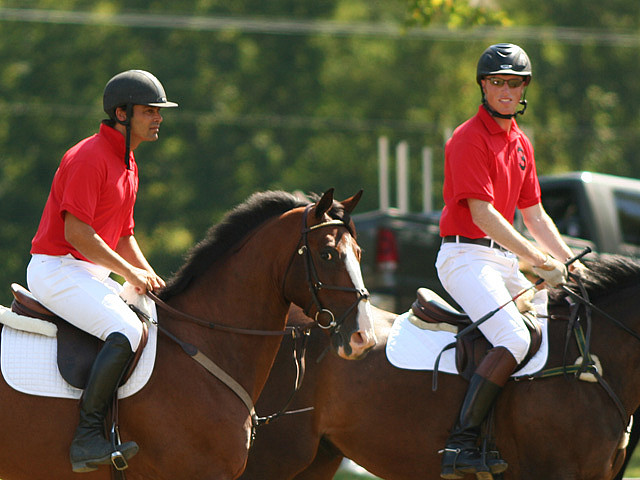 In November, the USEF announced that a show jumping coach would be brought on to assist the Land Rover U.S. Eventing Team in their training. In a press release issued today, Silvio Mazzoni was named as the newly hired show jumping coach.

Silvio previously represented Argentina as an eventer in the 1998 World Equestrian Games in Rome and has also successfully competed in the Grand Prix show jumping arena. The new show jumping coach will now be working with the Training List riders, as well as Chef d’Equipe David O’Connor in preparation for the 2014 World Equestrian Games in Normandy and 2016 Olympics in Rio.

Silvio operates Keyna Run, his training and sales business, out of Senmila Farm in Middleburg, Va., and Ocala, Fla. Here’s an excerpt from his bio on the farm website:

Silvio began his riding career in his native country, Argentina. Trained by top jumper professionals as a junior, he competed in his first Grand Prix at 18 in 1990. His obvious talents brought him an opportunity to train and show horses as the professional for the top breeding farm in Argentina. His talent in the jumper ring combined with his strong background in dressage earned him a place on the Argentina’s eventing team in the 1998 Rome World Championships.

Moving to the United States in 2002, Silvio brought a couple horses and showed as high level “AA” jumpers and in the Grand Prix. He has since also trained horses and riders for both the hunter and jumper rings from Baby Greens to Grand Prix in California, Kentucky, Virginia and most recently Florida.

Welcome to the team, Silvio! Click here to read the full press release from the USEF.