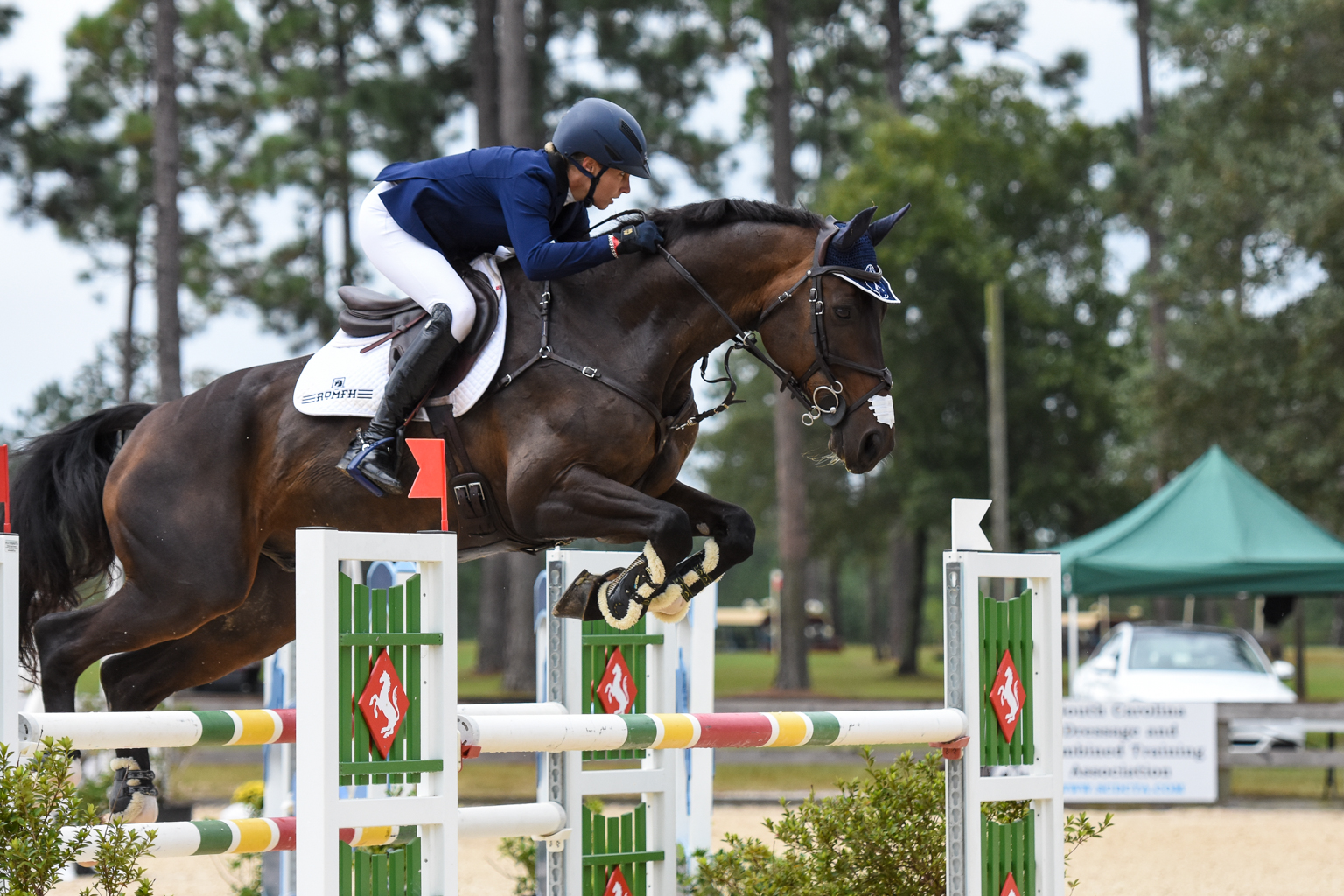 With only one rail separating the top 17 in the CCI4*-S at Stable View Oktoberfest, show jumping was slated to be a game changer, but course designer Chris Barnard sprinkled in plenty of roll back turns and forward lines just to make sure the second phase was influential.

The veteran combination of Liz Halliday-Sharp and Fernhill By Night relied on their longstanding partnership to get the job done. A clear round inside the time bumped them into the lead of the 40-entry class on a score of 24.5.

“I thought he jumped amazing I was really, really thrilled with him. He’s like my old friend now because we’ve been together a long time and I was saying to the girls I just really enjoyed myself riding around because we know each other so well,” she said of the17-year-old Irish Sport Horse (Radolin x Argentina XII, by Argentinus) owned by Deborah Halliday. “He really does know his job now. In our past I suppose time penalties were an issue because I’d look after him too much, but I think now we’re in a place where we just know each other so we move on and keep rolling.”

A trip around without rails or time was no easy task, thanks to Chris. Consider this his service to the U.S. High Performance program — his courses really challenge riders.

“I think we’ve seen a lot of really tough courses, like in the ERM and things like that in Britain, and certainly from what this was even 10 years ago we now jump bigger, stronger, more square, difficult, technical tracks. I think Chris does a brilliant job. He challenges you to make sure that you’re accurate and you keep rolling, but he’s always very fair which I think is good course designing,” Liz said.

“It actually rode really well if you came in with a good flow I thought, but you had to keep moving, definitely. I thought that last line at the end was clever as well to have the triple down to the four stride. It made everybody keep riding.” 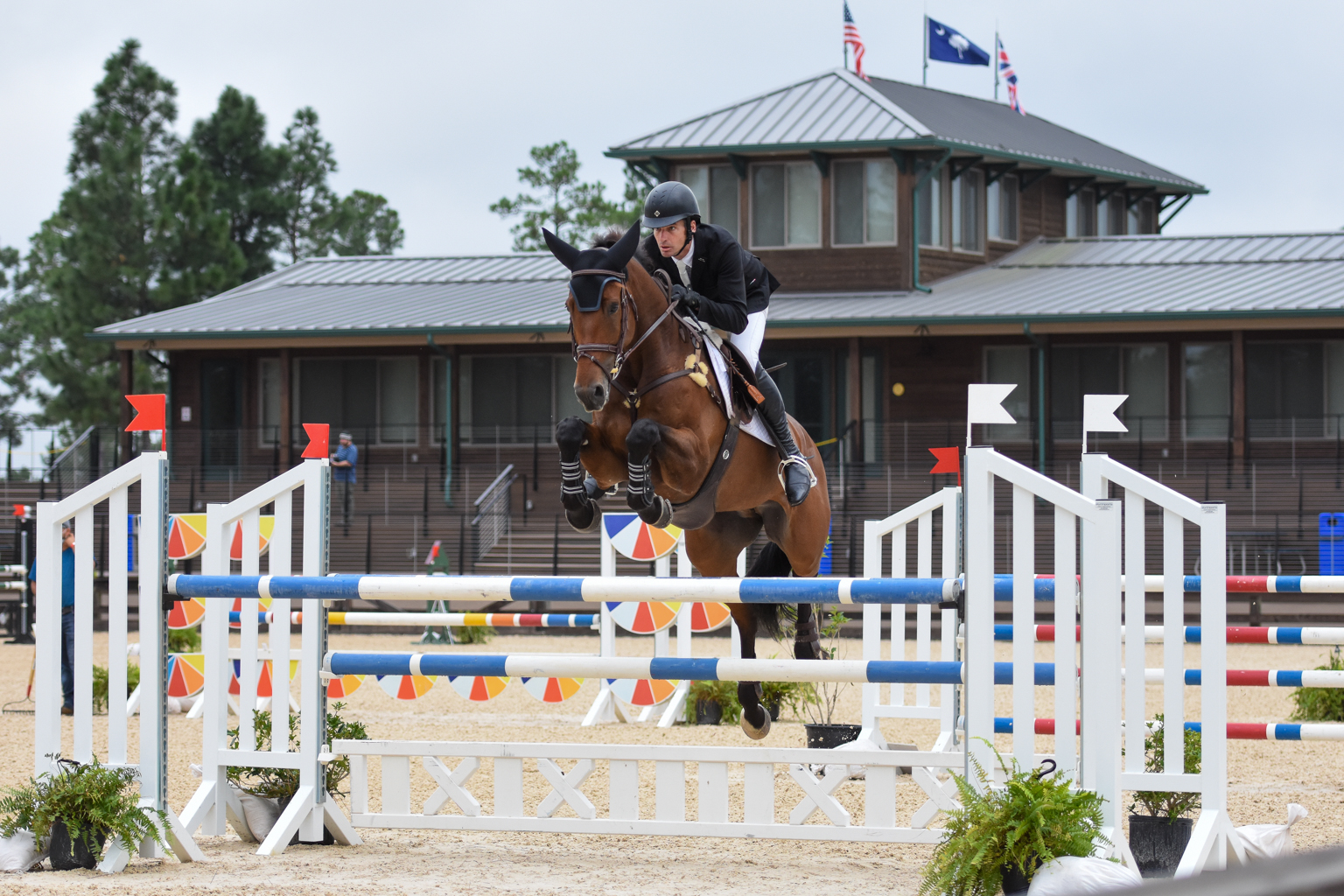 With a recent Advanced win in their back pocket, Matt Flynn and Wizzerd had a handy clear today to stay on their dressage score of 25.9.

Matt is aiming for the CCI4*-L at Tryon this fall, and he’s been traveling and competing with Doug and Jessica Payne to prepare. “About a month and a half ago they told me to get down here and jump with them,” Matt said. Together, they’ve gone to eventing and pure show jumping competitions, including a rated jumper show here at Stable View last weekend.

Matt took some bold, time saving measures with the 11-year-old Dutch Warmblood gelding (Wizzerd WV x Oklund) owned by Patrick Flynn, Kathleen Flynn, and Merry Go Round Farm, like going inside some cleverly placed decoration between fences 9 and 10, to make the time work for him. “Jess says I go around like a hunter rider. She said I could go slowly like that, but I had to go inside the standards if I did,” he said. 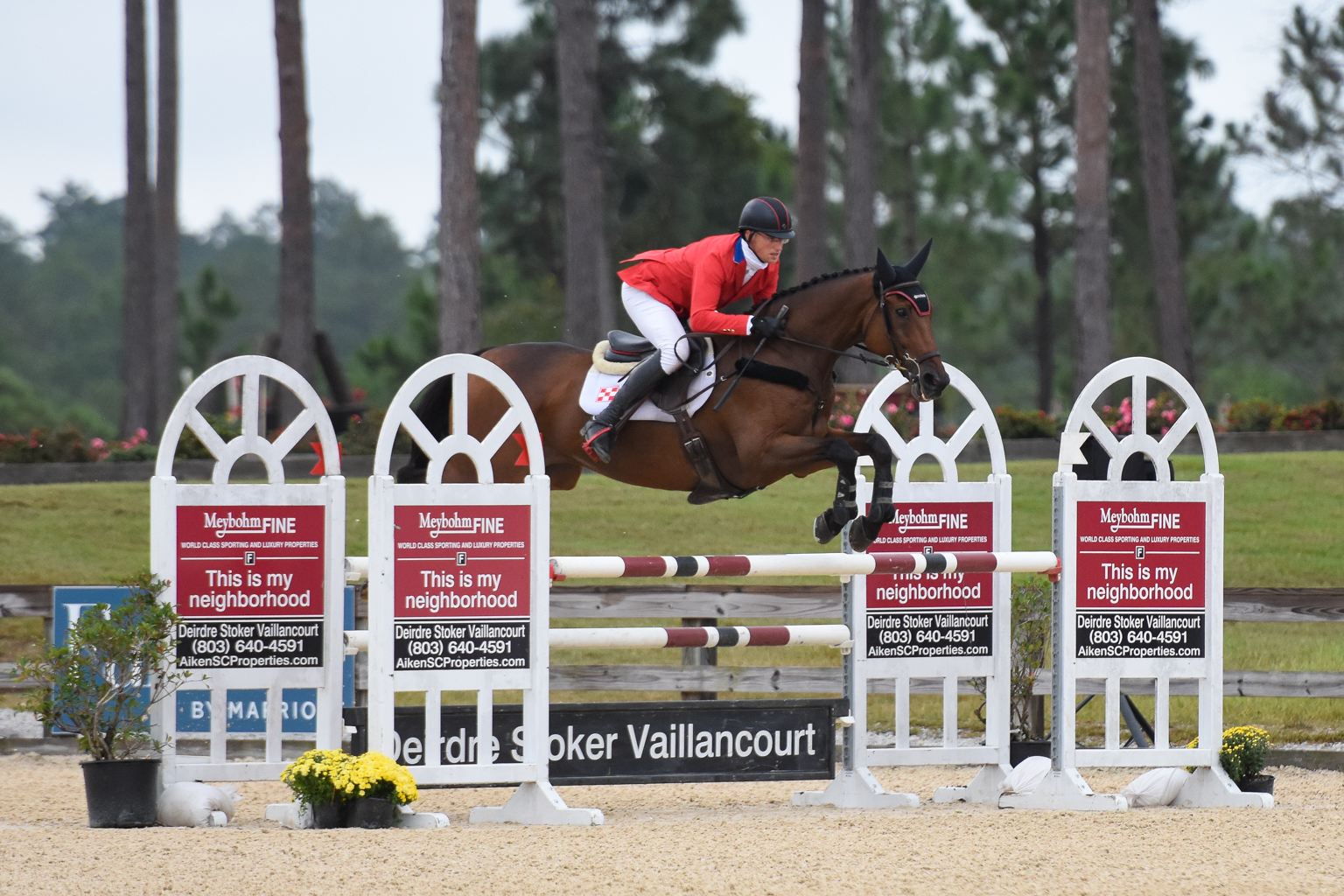 Overnight leader Vandiver clipped one rail to drop to fifth, but Doug Payne saw another from his string, Quantum Leap, take over third. Quantum, a 9-year-old Zweibrücker gelding (Quite Capitol x Corporate Report) owned by Doug and Jessica, was Doug’s final ride of the day, and he he used what he learned on his previous rides to his advantage.

“I had “Gin” first and I made a turn and she lost it a little bit and had the front rail of the 7A, and I kind of wrote it off because she’s a little green,” he said. “I made the mistake on her, and didn’t think much of it, then I made the same freaking mistake on [Vandiver]. I’m kicking myself. Same exact set up too. I just made sure with Quantum not to make it again. It’s the benefit of having a number of horses. You only learn by making mistakes.”

Quantum holds 26.8 points ahead of tomorrow’s cross country, followed by Vandiver on 28.3. Starr Witness, holds 18th overnight after having two rails down on a score of 35.3.

“[Quantum] was excellent I couldn’t have asked for better. He and Starr Witness are definitely green at the level, but I was extremely happy with how well he jumped. They’re both starting to become extremely comfortable at the level and using their bodies better. He’s the biggest trying horse you’ll meet, so it’s pretty exciting,” Doug said. 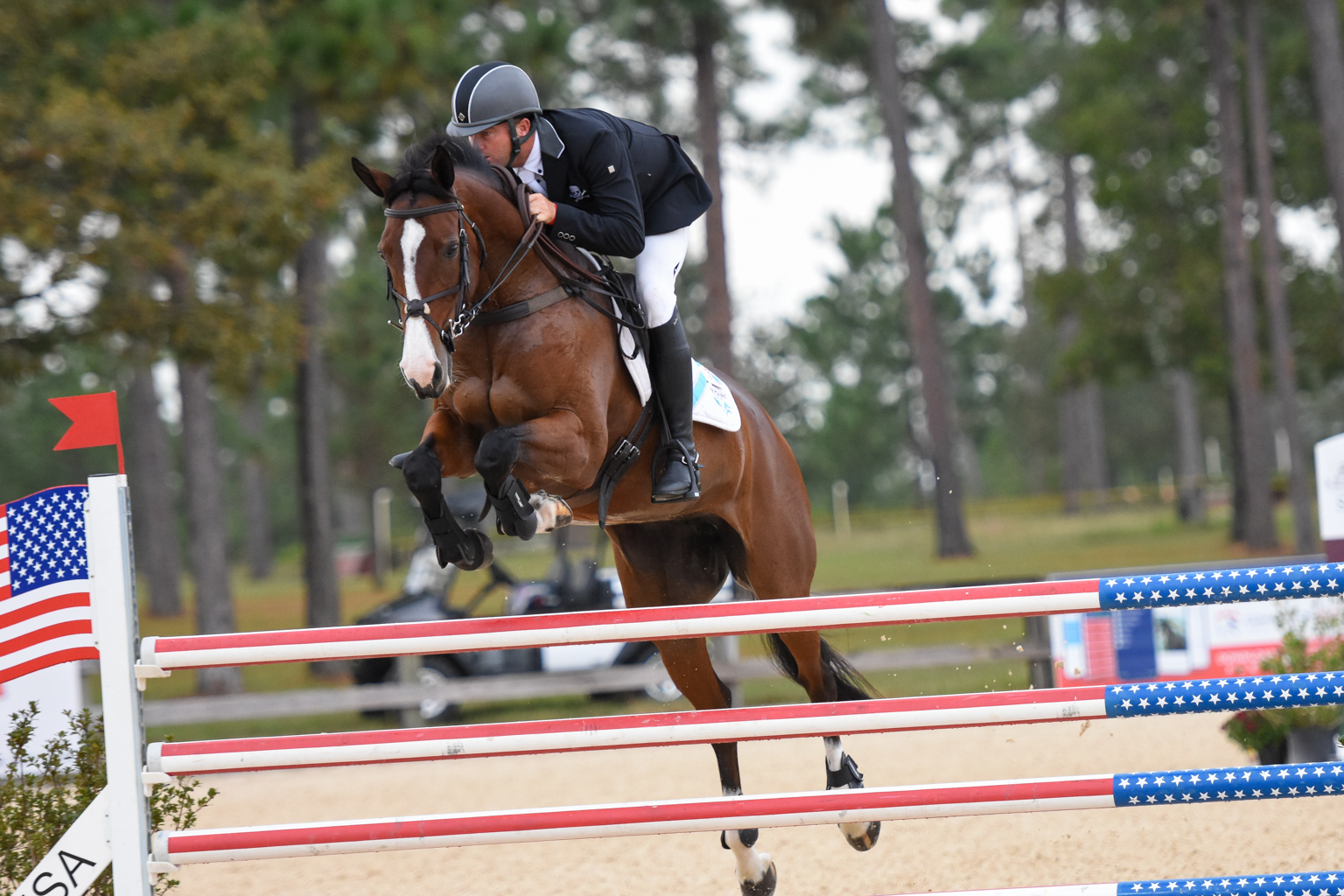 Will Faudree is fourth with the flashy Caeleste, an 13-year-old Holsteiner mare (Contender X Happygolucky, by Lucky Lionell) owned by Jennifer Mosing and Sterling Silver Stables, after a clear round keeps them on 27.4. 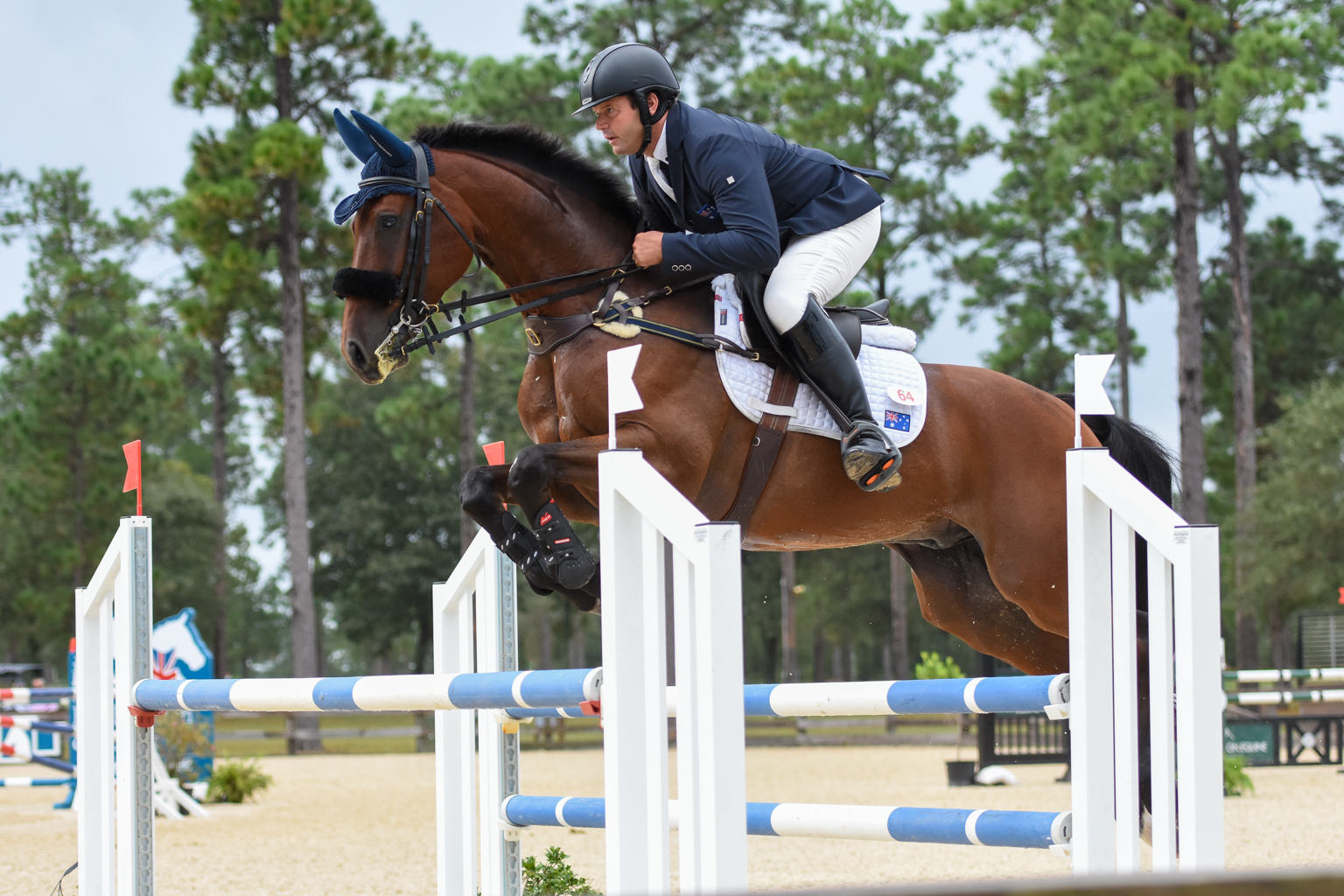 Vandiver shares fifth place in a tie with Clayton Fredericks and FE Always In Time, a 9-year-old Trakehner owned by Clayton, Adele Siewert and Eckart Siewert. It was a good day at the office for the Australian rider. His second ride, FE Stormtrooper, an 11-year-old Hanoverian (Stakkato’s Highlight x Levina, by Levisto) owned by Diana Crawford and Kingfisher Park, also jumped clear for seventh place on a score of 29.4. 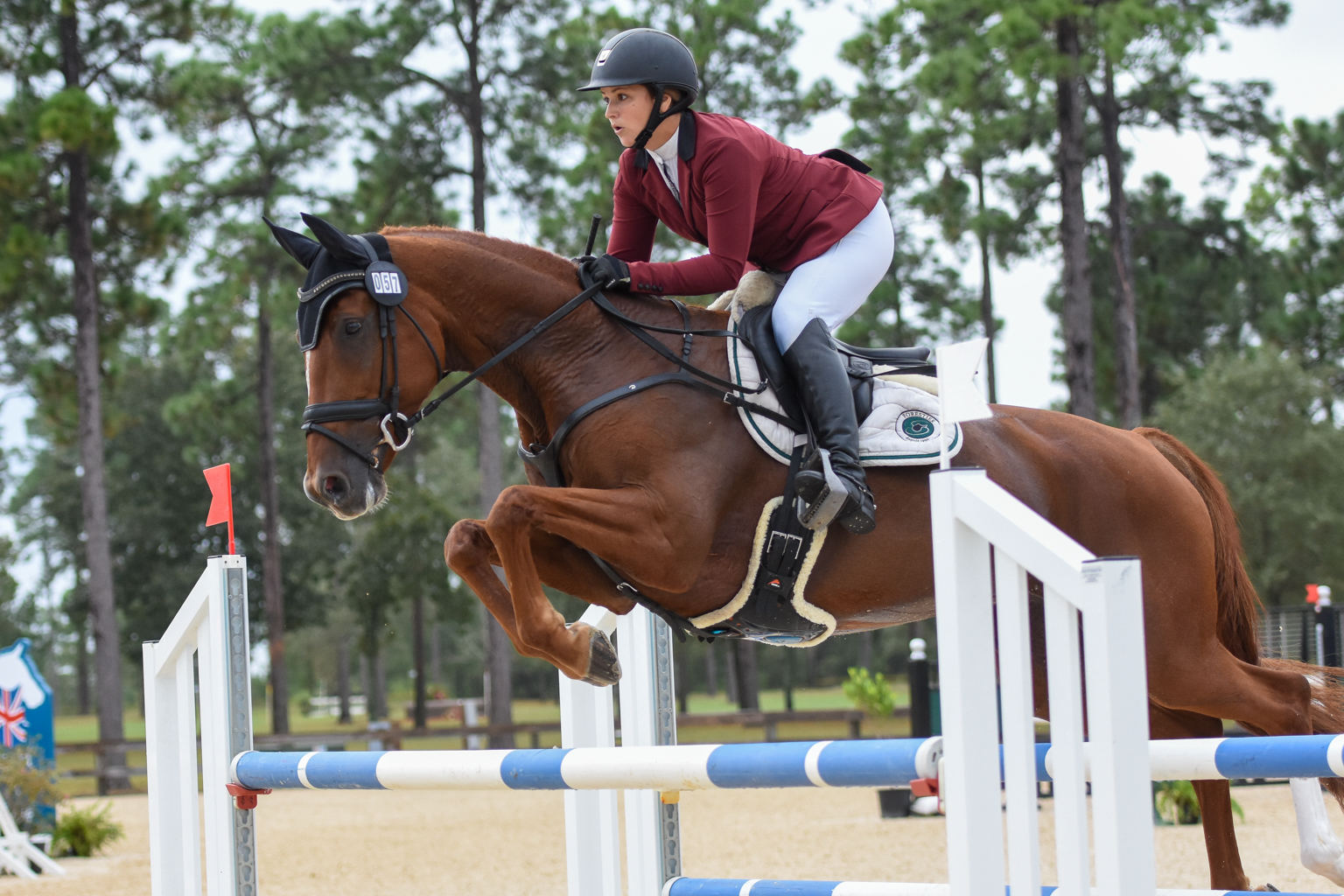 This division produced a double clear jumping rate of 35%. Those who could push for a forward ride and keep the rails in their cups were rewarded, and none more so than Ellie O’Neal. She and Zick Zack were the biggest leaderboard climbers of the day, moving from 19th to 8th after a lovely round.

This show is far from over. The four-star pairs will tackle Capt. Mark Phillips’ cross country tomorrow morning. To see what they’re up against, check out our course preview at this link. Stay tuned for more from Stable View. 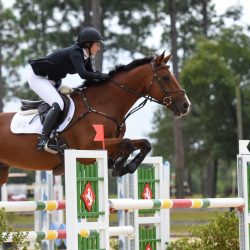 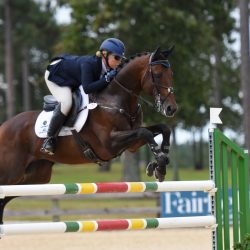 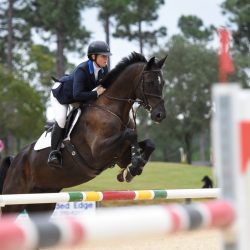 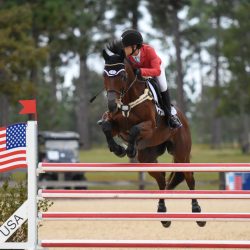 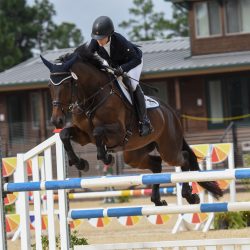 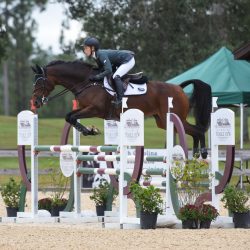 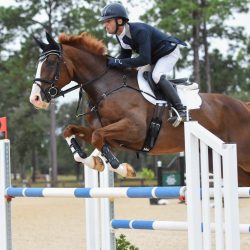 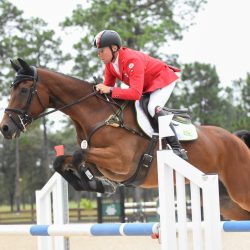 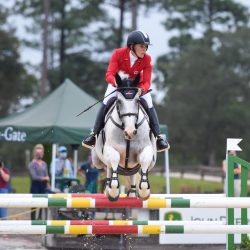 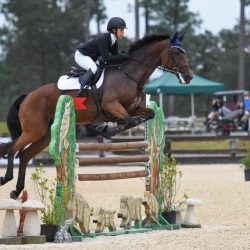 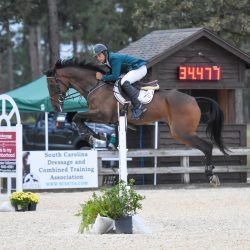 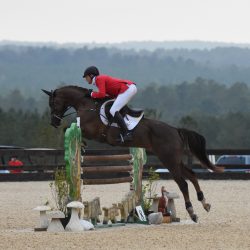