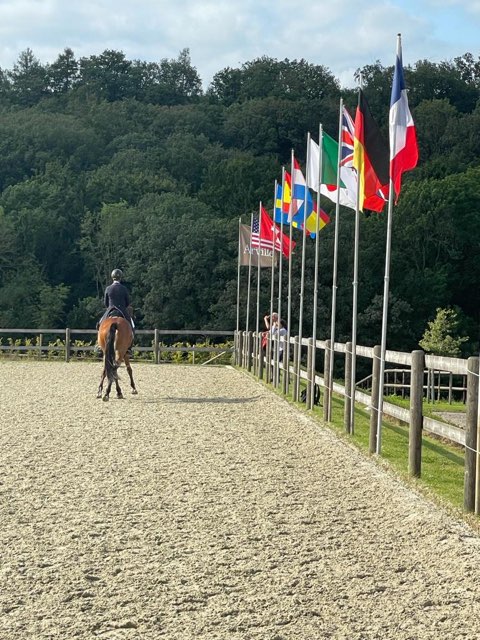 The scoreboard saw a shift after that, with Michael Jung/fischerWild Wave (28.1), Christoph Wahler/Carjatan S (28.7) and Katrin Norling/Fernando-Ukato (29.1) squeezing in just ahead of the USA’s Tamie Smith with her two top placed horses from yesterday, Danito (29.4, 8th place) and Mai Baum (29.9, 9th place) — check out a recap of those rides here. Her third ride, Solaguayre California, sits 21st (36.1).

Tamie says she was very pleased with all the horses, even if she wasn’t at the very tip-top of the scoreboard after dressage as is her modus operandi in the States. It’s all relative when it comes to international competition; no points can be left on the table, a reality reiterated at Tokyo Olympics.

“Dorothy, we’re not in America anymore,” Tamie said after her test with Solaguayre California today. “But I am here to learn how to be better and what it takes to become the best so this is all an exercise of what I need to do to get to the next level.” 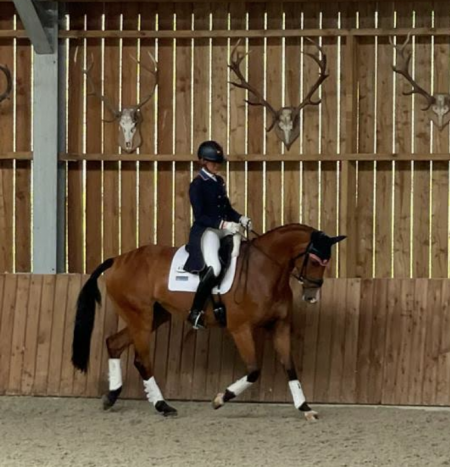 “Although each horse had some mistakes in there tests I felt they put in top performances and the highlight was going on a hack with Ingrid Klimke today with SAP Hale Bob. She was so nice and complimentary of me and all of the horses and offered help finding a gallop near Johann Hinnemann’s place. I can’t help but feel so grateful to get to spend some time competing with the best in our sport!”

Both show jumping and cross county phases are planned for Saturday; the area is expected to get eight inches of rain on Sunday so they moved the schedule to accommodate the four-star division.

As for her plans in the jumping phases, Tamie says, “This event will be a steady run for all of them. Mai Baum (with whom she was named to the US Team for CHIO Aachen CCIO4*-S) will just do about half of the course as he has traveled so much with Tokyo and although he is needing to go out of the start box for his brain before Aachen, I want to do the right thing by him and make sure I don’t press him prematurely.” 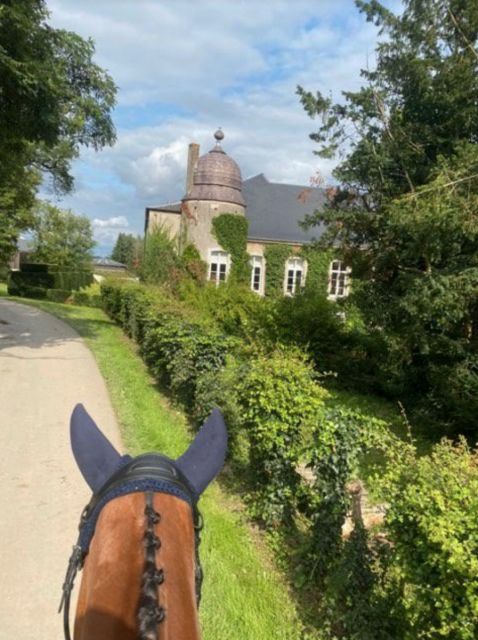 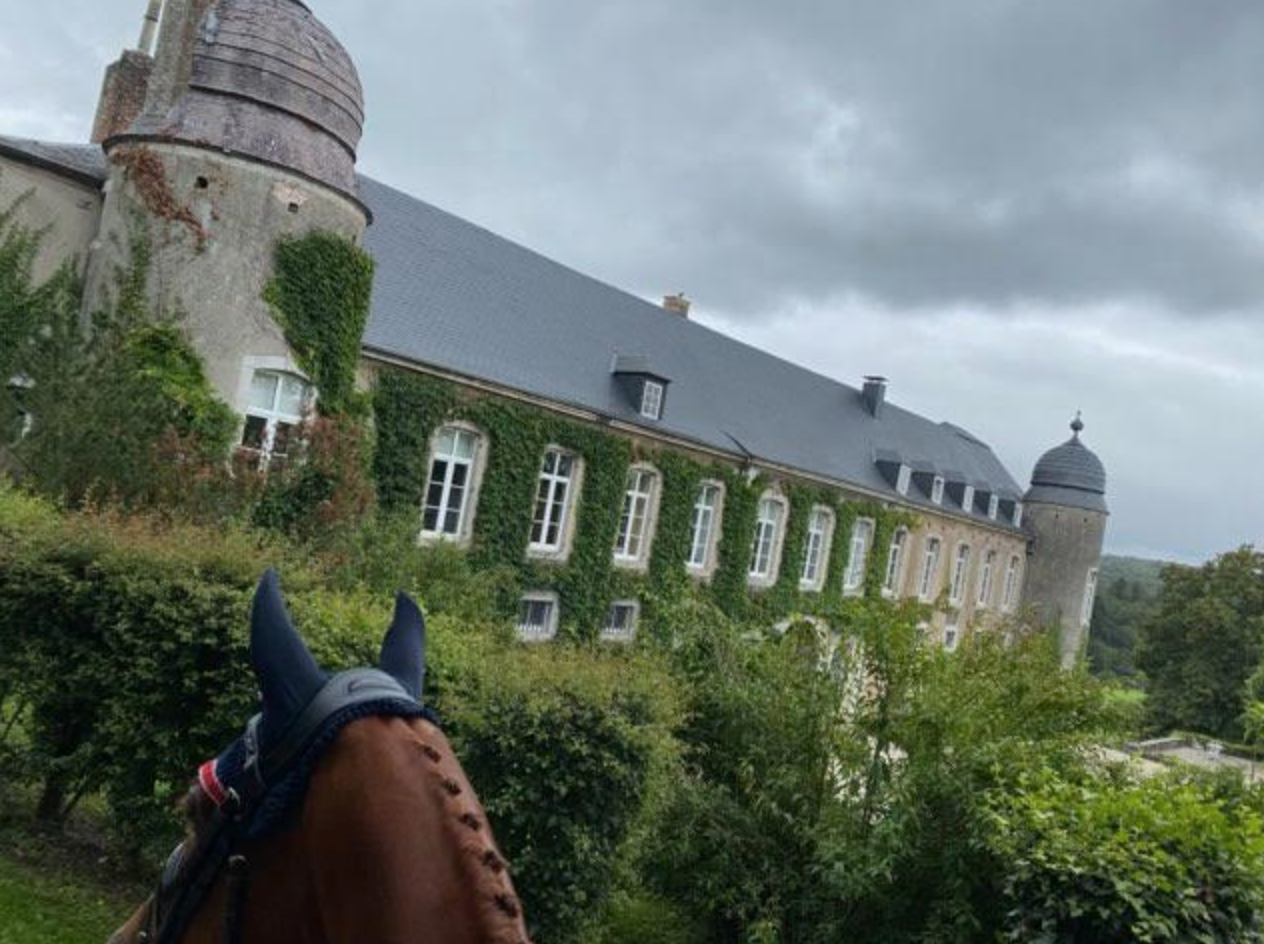 “Danito and California are aiming for Boekelo so this event will be their prep run to have a nice strong steady run. We won’t be going out to be winning this weekend; it is all about the long game for these horses,” Tamie says.

The Rüdiger Schwarz-designed course, she says, has some serious combinations that will test bravery as well as accuracy: “It’s on quite a bit of terrain so it will be an excellent fitness run and it’s nearly seven minutes long.”

Overall, Tamie says, “I can only describe this place as magical. Kai and Lara and the entire team here have outdone themselves and in such a league of their own. I’m absolutely honored to be able to compete here with the likes of the best in the world. It really is incredible.”