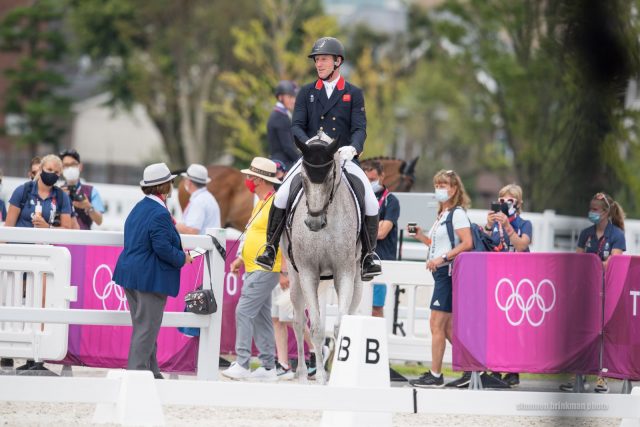 Dressage is done and dusted, and yet we can’t seem to stop talking about it. Dressage is unique in the three phases in that there is effectively no cap in what you can achieve, while the other two phases tend to be pass/fail. In show jumping and cross-country, if you jump all the jumps high enough and within the right amount of time, you pass and add nothing to your score. But in dressage, there is no level of sufficiency that allows you to pass with no penalties: extra credit is given for better and better performances. Is this the way the sport should be? That’s a conversation for another day, but this is the way the sport is now. 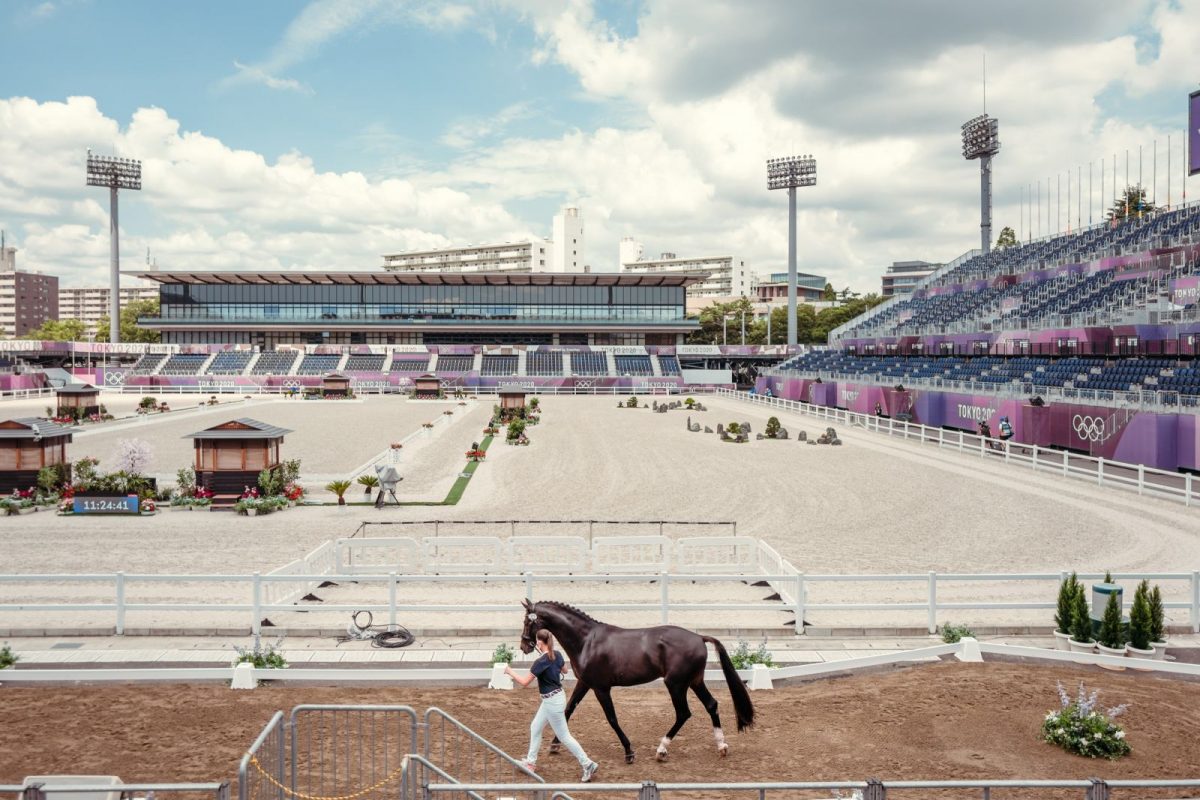 Shortened Dressage Tests: I for one am a huge fan of the shortened dressage test. I’m about as die-hard of an eventing fan as you can get and yet I find my brain straying to other things during two days of dressage.  The shortened test is a good thing for our sport and I’d love to see it rolled out across the board, particularly at the lower levels. A shorter dressage test could bring us back to the days of a true three-day event, with all the dressage completed in one day. That would have the advantage of saving money for organizers and competitors alike by shortening the competition for a day and opening up more competition opportunities to populations who have limited time off from work or school.

The Judging: There will always be overall variances on an individual level; some horses love the arena, others hate the weather. On any particular day we will see some pairs shining and others faltering. But as a field, those variances should really fade away if the judging is consistent with the international standard. That’s exactly what we saw at this venue, with the overall field averaging only +1.12 points above the expected field average. There was no apparent session bias or halo effect and the largest disagreement between the three judges was a 5.00% difference between Jane Hamlin and Nick Burton for Virgil’s performance. There was agreement to within 1.00% between all three judges on a whopping 16.1% of the field (10 pairs) and a very solid 75.8% of the field had scores that fell within 3.00% of one another. All in all a very successful panel for this weekend. 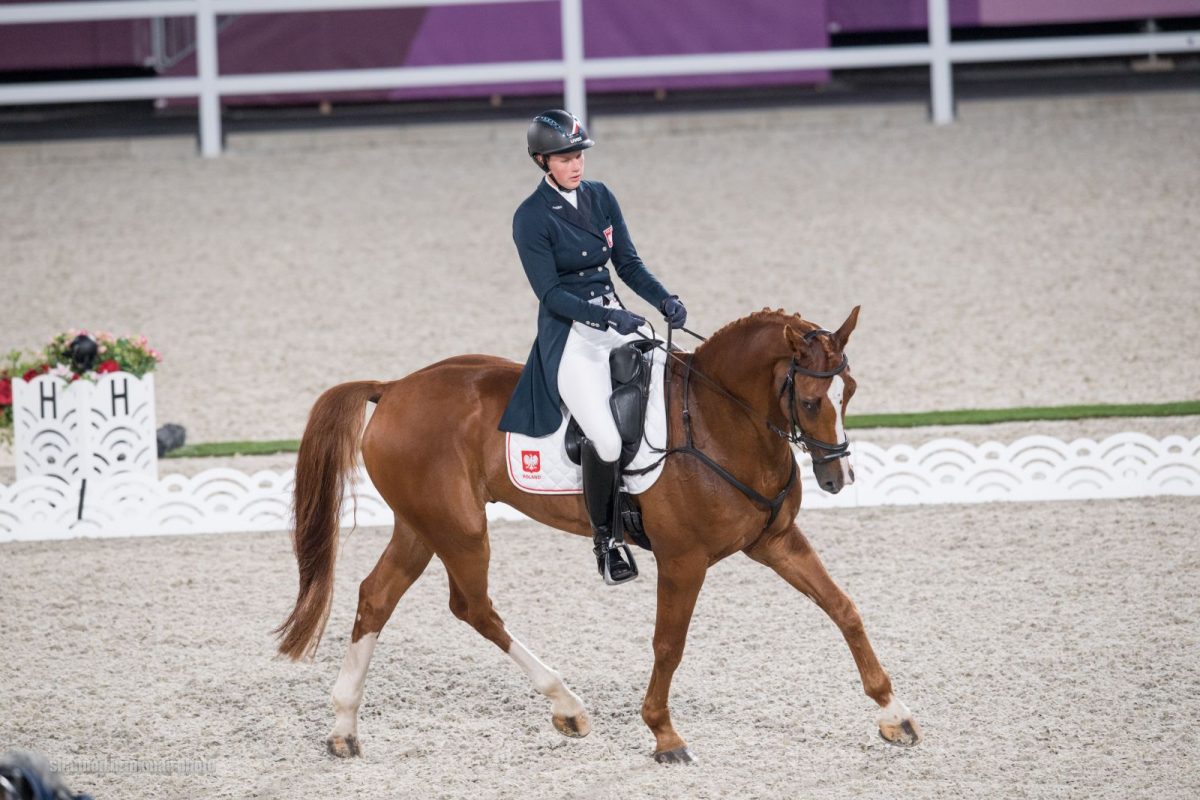 Malgorzata Cybulska and Chenaro 2 lead the way for Poland after dressage. Photo by Shannon Brinkman.

Team Poland: Poland in particular should be pleased with their performance, although they find themselves down the order. Losing at Banderas as the jogs was a huge blow but the team members responded beautifully by each exceeding their expected dressage score by an average of 1.5 points. 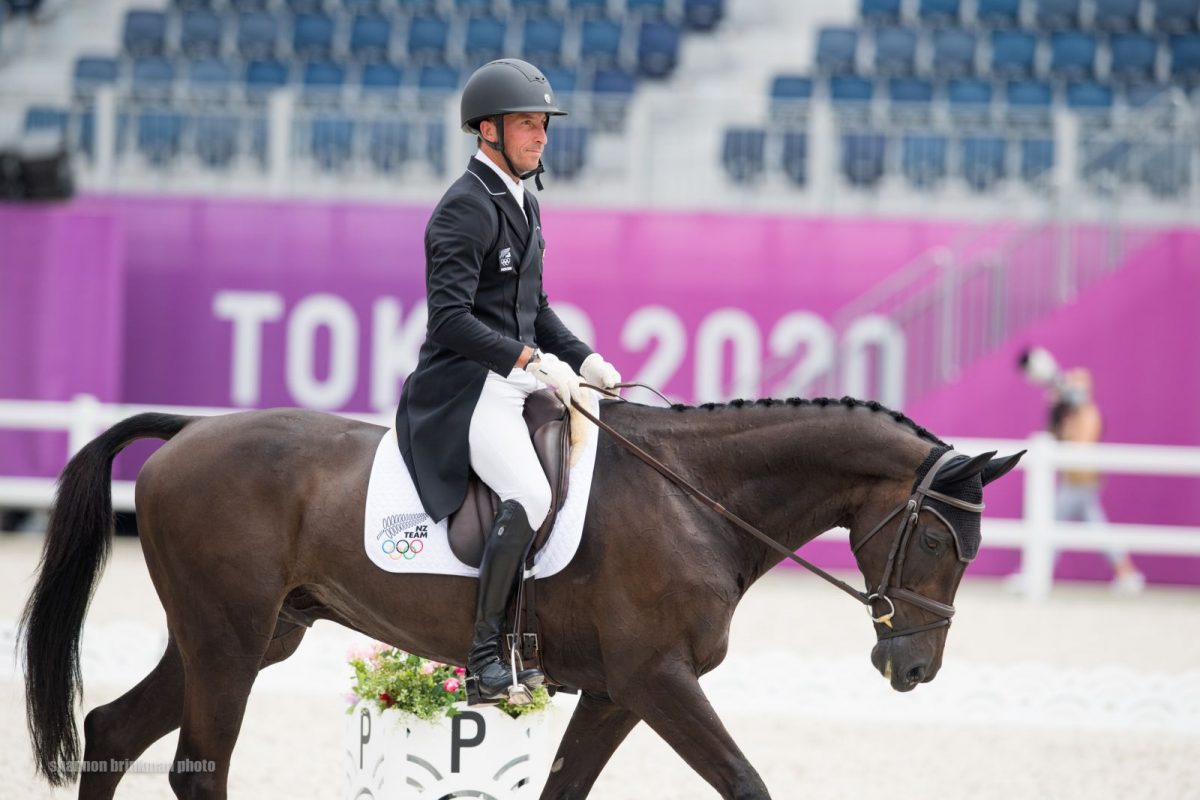 Tim Price and Vitali: With only three 4* tests under their belt as a pair (and only four total overall for the horse), Vitali stepped up in a big way for Tim Price. Tim has a bit of a rough spring, with most of the experienced campaigners he had in his string having rough times of it at their long formats this spring. Taking Vitali was a calculated risk; perhaps better the unproven potential world beater was better than horses who might not be on top of their game. These two equaled their previous personal best, which takes the New Zealand expected dressage score down by just over 3 penalty points. Pairing that up with two scores within one point of expected from both of his teammates could prove huge if things fall their way on cross-country day. 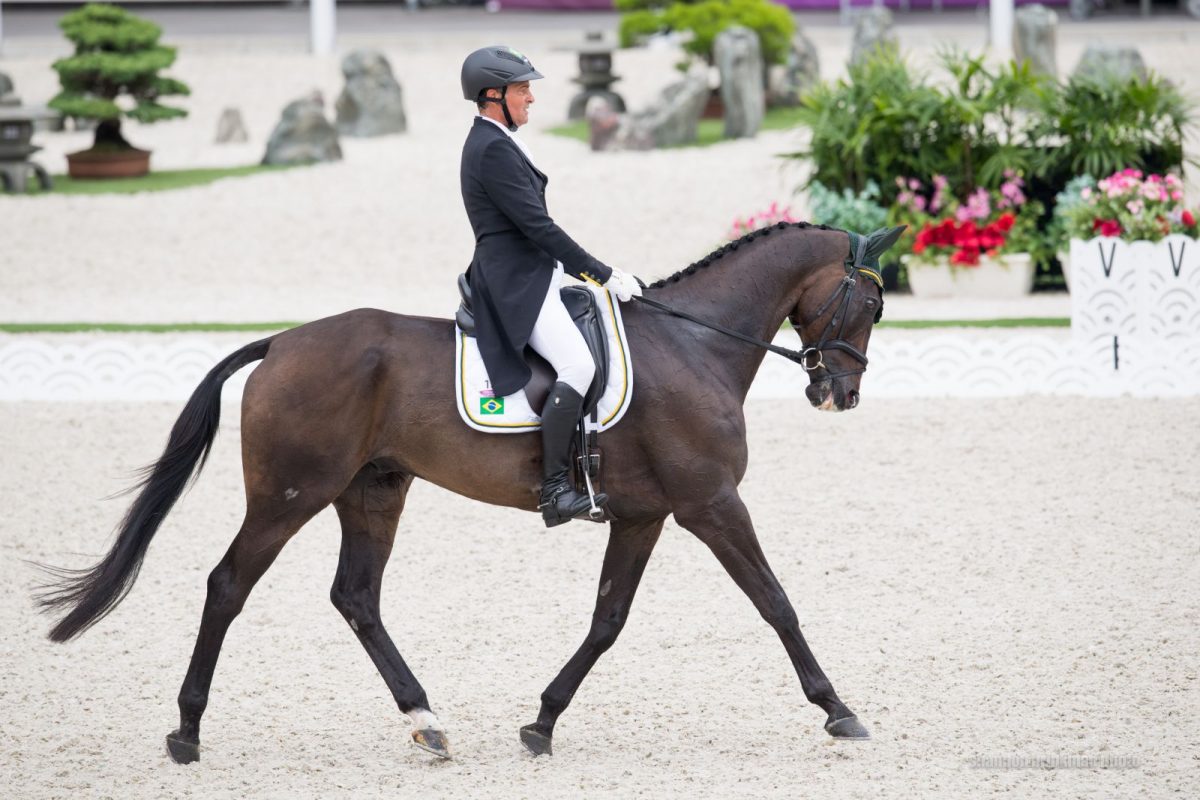 Marcelo Tosi and Glenfly: The sole Thoroughbred in the competition also rose to the occasion beyond any other horse in the field, scoring more than five points below his expected score. His final score of 31.5 edged out his previous personal best, not just at 5* but at 4*. The pace on cross-country will still likely be a problem for him but hopefully the Brazilian rider can exceed expectations once again.

Over-Reliance on Lead Changes: I’d like to see less reliance on one specific skill. Four changes in a shortened test means that 18.2% of the dressage score is reliant on the ability of the horse to execute good changes. It seems like overkill to be insistent on testing one specific skill and weighting it so significantly in our method of scoring. To put this in perspective, a change that is late behind is an automatic 4; if you’ve gone from a possible 8 then you’ve lost 4 points on that mark. That loss equates to 4.5 seconds worth of time penalties or 1.8 rails….if you’ve flubbed four changes, then you’re now spotting 21 seconds of time on cross-country or 2 rails in stadium. The committees who create the dressage tests should be taking into consideration how much weight one particular skill is given in relation to the penalties in the other phases. 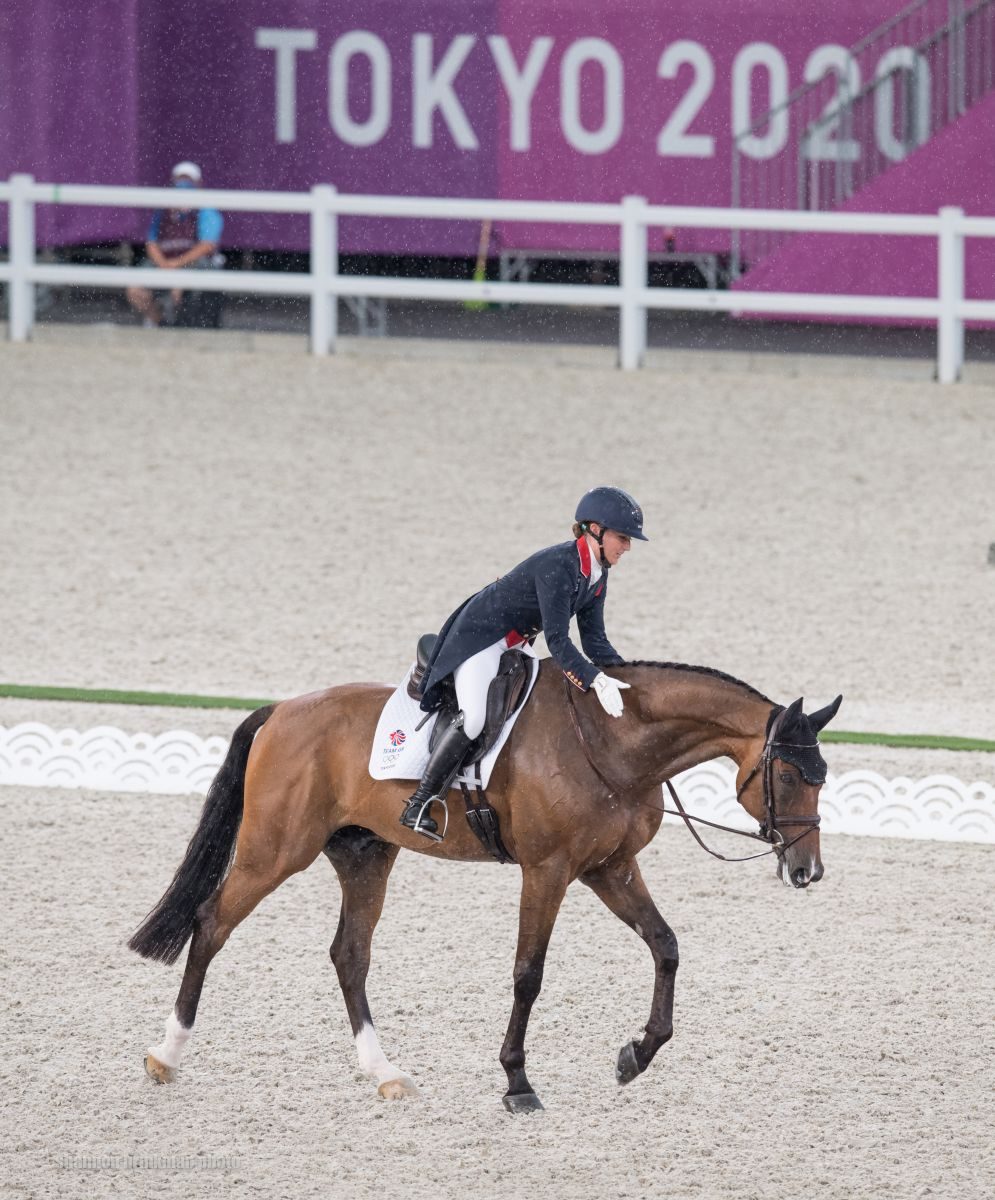 Team Great Britain: This team came riding high into the competition with high expectations that this was their competition to lose. Make no mistake, this team is still the favorite and of course lead the way, but it wasn’t by the ten point margin they should have had. Both London 52 and Toledo de Kerser underperformed by approximately four points, which is fairly remarkable considering their respective scores of 25.8 and 28.9. However, that left the door open for Germany to be hard in the hunt for the gold instead of chasing after Great Britain for the next two phases.

Teams Ireland and Italy: Although neither of these teams came into the Olympics with dreams of leading the way after dressage, they will now both find themselves in a much bigger hole than expected after two members on each team underperformed to the tune of 4 to 7 points. That loss adds up quick. 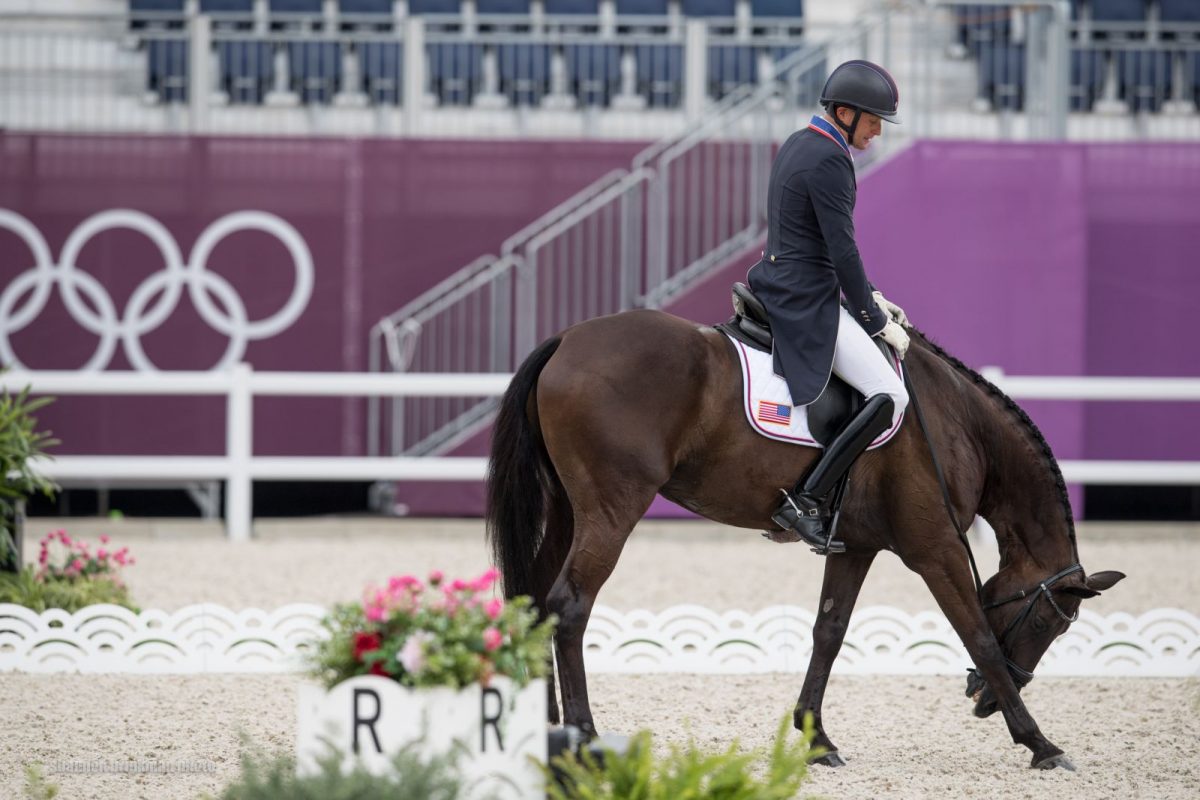 Boyd Martin walks out of the arena after his test on Tsetserleg TSF. Photo by Shannon Brinkman.

Boyd Martin and Tsetserleg TSF: Despite a lovely entry, things seemed to come off the rails after the rein back, when Thomas clearly thought he was supposed to step into the canter. The mistake seemed to rattle the horse, who spent the remainder of the test worried he was doing the wrong thing, causing major issues when picking up the counter-canter after the walk. The result is a major blow both to Boyd himself who had a shot at an individual medal, and to Team USA, whose other members put in performances within 2.5 points of their expected score.

Event Scheduling: Having the eventing dressage immediately after the pure dressage really highlights the differences between the two types of rides and not in a way that is flattering to eventing. While I know this is not under the control of anyone except the IOC, it would really suit better to have eventing either go first, or at least follow show jumping; following dressage is akin to watching the equestrian phase of modern pentathlon….compared to the pure dressage horses it looks rough.

Three Members Only: There’s a lot less calculating going on behind the scenes without the drop score, which on one hand is nice but on the other hand is clearly not the right way to run a team for eventing. It’s jarring seeing the alternates load up to travel over to the cross-country, clearly preparing to step in should something go wrong with the team horses; quite frankly it makes no sense to have not had a fourth dressage session in the evening and allow the alternates to compete as individuals unless called up for the team. 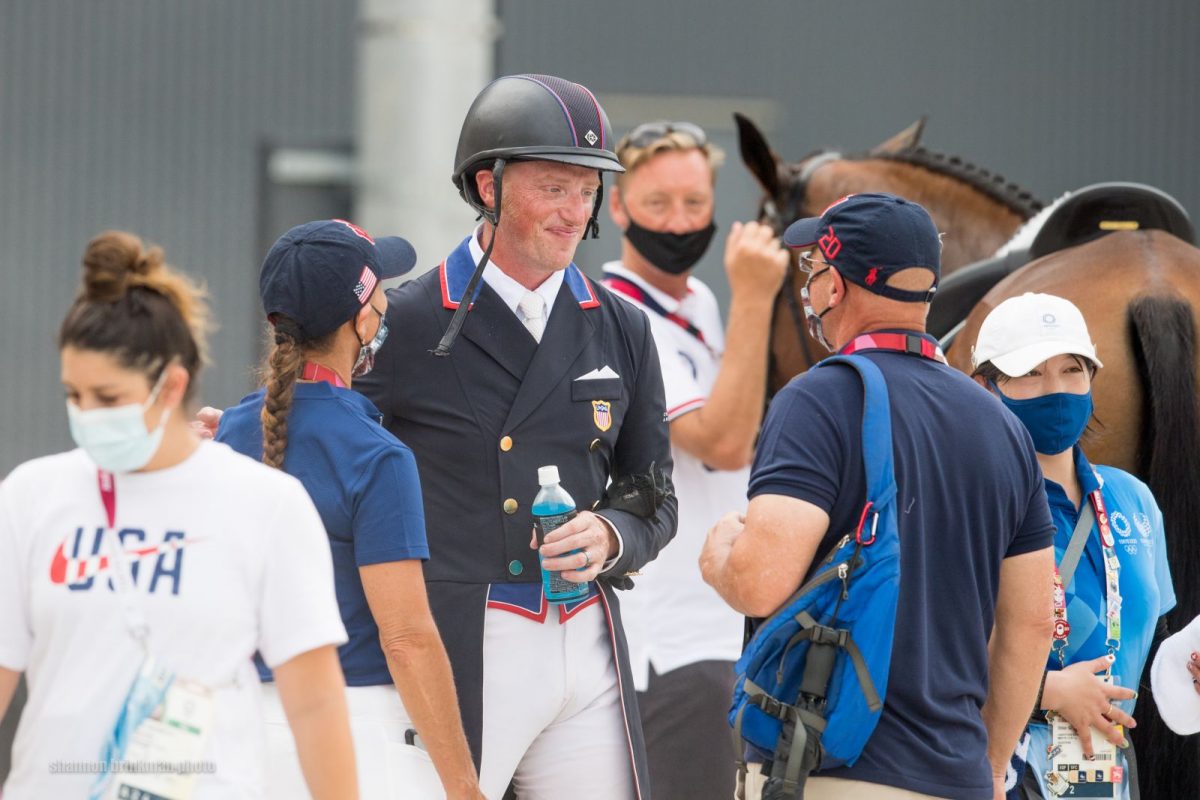 USA Team Selection: I’ve said it before and I’ll say it again — it’s absolutely bizarre to me that the selectors felt that it was best to leave what is possibly one of our generational equine talents off the team. Tsetserleg TSF’s surprising issues aside, Vandiver and Z are both horses whose 5* averages vary significantly from their 4* averages so despite false hopes that we should have been better off across the board, two of the three members performed within their expected ranges. However, I have the utmost faith that the selectors would have taken this performance variance between the dressage tests into account and we will hopefully see both of these two horses prove their mettle and reason for selection in the coming days.