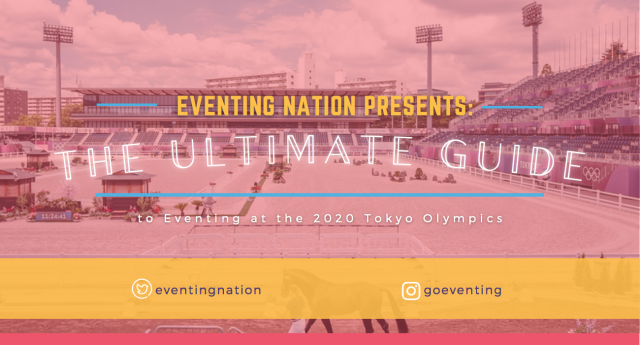 Is this the real life, or is this just fantasy? It’s hard to believe, really, that after all that the last 18 months has thrown at us, we’re really, truly at the Tokyo Olympics. It might be a quieter affair than usual, with no spectators in the capacious stadiums, but the competition is still set to be smoking hot. We’ll be on site bringing you everything you need to know (and, as always, some of the stuff you don’t really need to know, but will thoroughly enjoy nonetheless). Consider this your Tokyo bible – keep it bookmarked for the easiest access to all the essential information you need, including schedules, live-streams, up-to-the-minute scoring, and, of course, every last bit of coverage EN puts out. We’ll be adding each new article as it goes live – simply scroll to the bottom to find the latest additions.

Ready? Let’s do this thing.

THE LOCATION: Tokyo, baby! The last time the Olympics were hosted here was way back in 1964, and this time, the equestrian events have brand new, top-spec venues of their own. The arena-based phases will take place at Baji Koen Equestrian Park in Setagaya, while the cross-country course is set over a former landfill site at Sea Forest. This stunning waterfront venue is also used for rowing and canoeing, and boasts the best city backdrop of the whole Games.

THE COMPETITION: The Olympics runs at a modified level somewhere between a four- and five-star: the dressage test is a shortened version of a CCI5* test, but runs at less than four minutes, and cross-country runs as an eight-minute four-star track, at around 4500m and with roughly 38 jumping efforts. The final day is split into two showjumping rounds: the first will be set at 1.25m and the second, for those who have qualified to fight for an individual medal, is at 1.30m. You can check out the Olympic dressage test here, and for further insight into what makes it such a challenge, check out FEI judge Valerie Vizcarrondo Pride’s analysis.

For the first time, teams will bring forward three horses and riders, without a drop score – but in some circumstances, they’ll be able to substitute their reserve combination into play, even once the competition is underway.

WHAT’S AT STAKE: This is the creme-de-la-creme of championships, and everyone wants to get onto those final podiums. The legacy of great results means something different for each country: many national sporting federations provide financial incentives to individuals who earn medals, and often, funding for the sport in general is dependent on Olympic success.

THE TEAMS: Twenty-nine countries come forward to battle it out for Olympic glory, with fifteen nations fielding teams. Two of those are making history already: China and Thailand have never qualified eventing teams for the Games before. Each team is made up of three competitors, though each can bring a travelling reserve combination who can be substituted at any point in the competition for a penalty. In total, we’re looking at 77 definite entries, though if no substitutions are made, we’ll see 64 actually compete.

THE FORMAT: This is the first Games at which we’ll see the new Olympic eventing format in action. That means that teams are now down to three, without a dropscore — instead, there’s the option to sub in a reserve horse and rider. For all the info you need on the new format, check out these guides:

THE OFFICIALS: There’s a truly top-notch cast of ground jury members on duty in Tokyo. Great Britain’s Nick Burton will serve as president of the ground jury, while Sweden’s Christina Klingspoer and the USA’s Jane Hamlin will work alongside him. The FEI Technical Delegate for the week is the Great Britain’s Philip Surl, while the Assistant TD is New Zealand’s Neil Mackenzie-Hall. The cross-country course will be designed by the USA’s Derek di Grazia, who designs the Land Rover Kentucky Three-Day Event and will design at Burghley from 2022. Great Britain’s Richard Clapham will work as cross-country controller.  On Sunday, the showjumping track – which will be used for both a team session and an individual medal session – will be designed by Santiago Varela. He’s also the designer for the pure showjumping, and was a technical delegate for the Rio Olympics. You can find out more about the course designers here.

THE REIGNING CHAMPIONS: France took the gold in Rio, followed by Germany in silver and Australia in bronze. On the individual podium, we saw Michael Jung and La Biosthetique Sam FBW take gold for Germany, Astier Nicolas and Piaf de b’Neville earn silver for France, and Phillip Dutton round out the podium with a bronze for the USA. 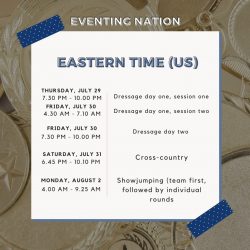 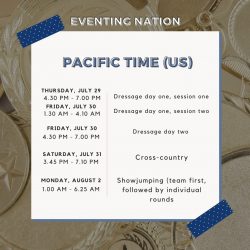 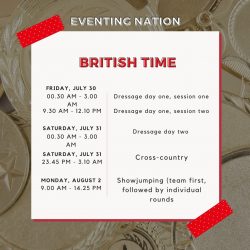 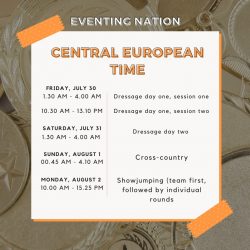 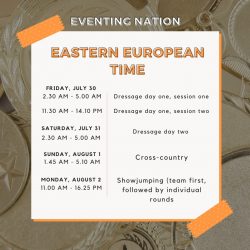 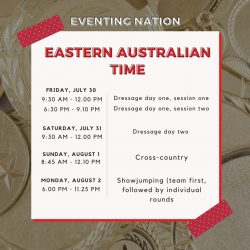 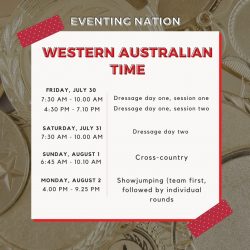 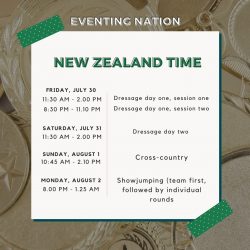 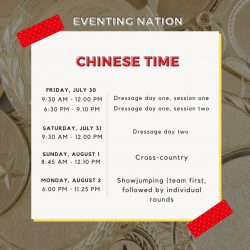 WHERE TO WATCH: Here’s our global live-stream guide.

HOW TO FOLLOW: No matter where in the world you are, you’ll never be starved for content from the Games, which promise to be enormously well-attended by the world’s media heavyweights, despite ongoing restrictions and travel complications. Here are some of the Instagram accounts and hashtags you’ll want to follow to see the competition from all angles…

Accounts: The Olympics, Horse&Hound, The Chronicle of the Horse, FEI Eventing, Equestrian Team GBR, US Equestrian, Eventing Ireland, and Equestrian Life Australia are among the boots on the ground. Don’t forget to follow EN, too – we’ll be bringing you all the insanity in the middle you could possibly need, with editor Sally Spickard on site in Tokyo. Want to know the juiciest stats throughout the competition? Make sure you follow EquiRatings and sign up for the super Eventing Manager game to play along.

Need to Knows: The Tokyo 2020 Eventing Line-Up At a Glance

Horses and Courses: Behind the Scenes with the Tokyo Olympics Course Designers

The Logistics of Flying Horses to Tokyo

Your Tokyo Olympic Quick Facts from the FEI

July 8 – The Journey Begins: North American Horses and Riders Embark on an Epic Adventure to Tokyo

July 9 – Journey to Tokyo: Horses and Riders Arrive at Aachen