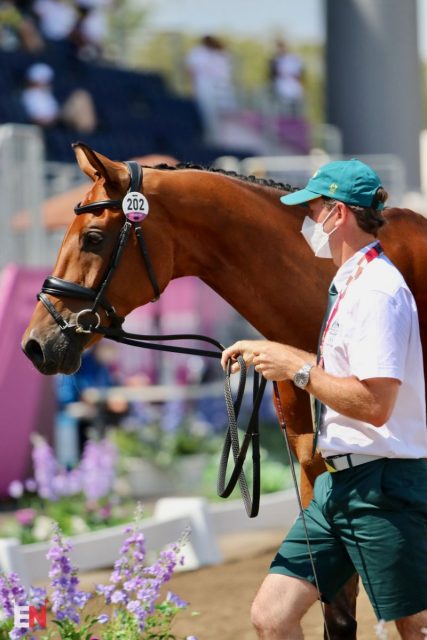 Kevin McNab and Don Quidam step into the Australian team just hours before the start of competition. Photo by Sally Spickard.

Following this morning’s first horse inspection at Tokyo, where all the Australian horses were accepted, the decision has been made within the Team Australia camp to move substitute pair Kevin McNab and Scuderia 1918 Don Quidam into the main team. Stuart Tinney and ten-year-old Leporis will now move into the substitute slot, which means that they won’t compete unless they’re called into replace a team member who’s unable to continue at any point.

“Following the acceptance of all Australian team horses at the first horse inspection today, a decision has been taken that Leporis, ridden by Stuart Tinney, will not start the competition and will be replaced by Kevin McNab riding Don Quidam,” reads the statement released by EA. “Based on advice from the team veterinarians and in consultation with the athletes, the decision was made in the best interest of the horse and team. Under the new Olympic format, Leporis and Stuart Tinney now become the P alternate combination.”

Because this change has been made more than two hours prior to the start of the dressage, the team will not be awarded any substitution penalties.

Kevin and Don Quidam bring forward an impressive wealth of experience, with a sixth place finish at Kentucky CCI5* under their belt this spring and a 7th place finish in the horse’s CCI5* debut at Pau in 2019. There has been no word from EA on whether this swap will prompt a change in their team order of go, which currently features Kevin in the middle slot. 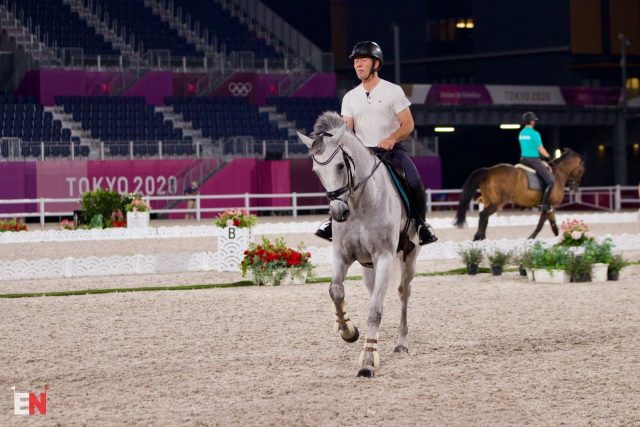 Team Ireland has also undergone a major change, as reserve combination Austin O’Connor and Colorado Blue take the place of European bronze medallists and WEG silver medalists Cathal Daniels and Rioghan Rua. Cathal will now move into the substitute spot, from which he can be called into the team as needed pending veterinary approval.

“Being reserve is that awkward position where to get a run yourself, something has to go wrong for a fellow team member,” says Austin’s team in a statement on his Facebook page. “Our commiserations go to Cathal, his owners and his team. We only hope that Austin and Salty can do their country proud. Riding at the Olympics is the ultimate honour and we couldn’t be prouder.”

Team Ireland’s chef d’equipe, Sally Corscadden, says: “Obviously this is really tough for Cathal and Rioghan Rua’s owner and breeder Margaret Kinsella, particularly with it happening so close to the start of the competition. We did everything we could and gave the mare every chance to be ready, but unfortunately we were forced to make a decision and of course horse welfare is always paramount for everyone. Austin now steps in and he is ready to go. We are very lucky to have someone of Austin’s calibre to step in, he is in great form, we still have a very strong team and are looking forward to the start of the competition.”

Like Kevin, Austin looks set to move into the middle of his team’s order of go.

Want to stay in the know with all things Olympic eventing? We’ve officially kicked off daily editions of our Olympic Digest. You can sign up for free right here.