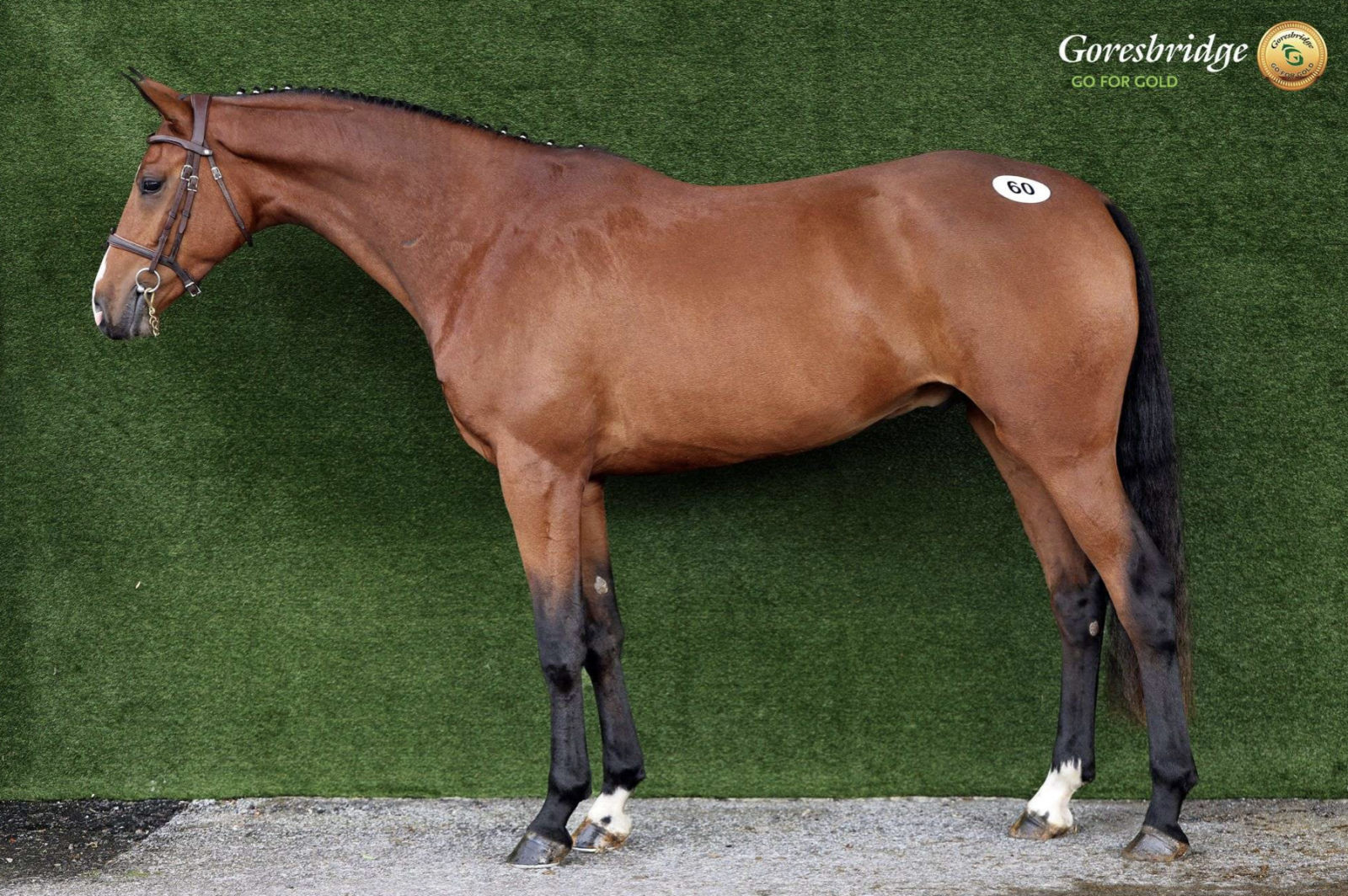 When EN’s boss lady, Sally Spickard, first asked me to pick out my favourite horses in the catalogue and plan for a trip to the Goresbridge Go For Gold Sale, held in Co. Wexford, Ireland, I truly thought I might be sent with full access to the company accounts and a blessing from our chinchilla overlords to find a new mascot. And really, truly, I did my best to pick out some worthy candidates, most of which ended up selling for the kind of prices that would require those chinchillas to start an OnlyFans, probably. Alas, I ended up spending eight hours at the auction yesterday sitting on my hands so heavily that even typing this is a struggle today, but I do come with news of my fellow attendees who were let off the leash and happily took my horses away with them.

84 horses went under the hammer in this year’s sale, which took place at Gorey’s Amber Springs Hotel after two full days of viewing and trials at nearby Barnadown Showjumping. 61 of them sold, with a couple of those going unsold in the auction itself but changing hands through private deals later in the day.

The top lot went for a very respectable €65,000: that was the attractive MBF Bonfire Heart, who began at €5,000 and then promptly jumped to €20,000 in the next bid, skyrocketing to his final sum over the course of nine bids before ultimately changing hands. The three-year-old son of Castlecomer Q, who is out of a daughter of Damiro, joins CHF Cornet Vivendi (€35,000) in making his way to buyers Barratt Equestrian.

That top sale marked the second consecutive year in which Co. Waterford-based MBF Sporthorses, the enterprise of husband and wife Meabh Bolger and Brian Flynn, has led the Go For Gold Sale — and it was just the tip of the iceberg for the pair, who sold all 14 of their entered horses at a total sum of €430,000. Several of their horses, including the top lot, were consigned in partnership with Jason Higgins, who bred MBF Bonfire Heart. 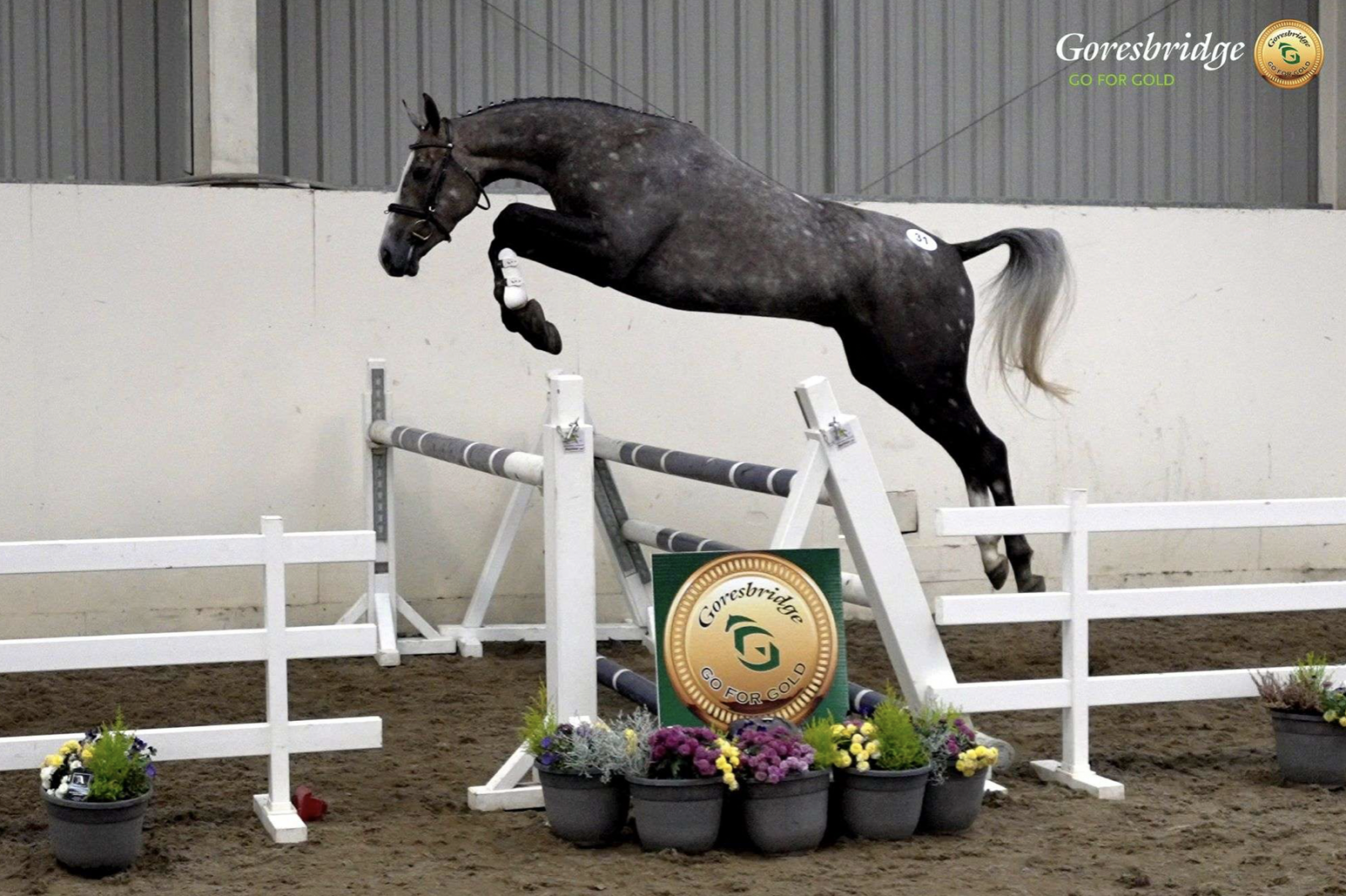 Monbeg Celtic Moon is one of the top lots of the day, and will go to 5* rider Fiona Kashel. 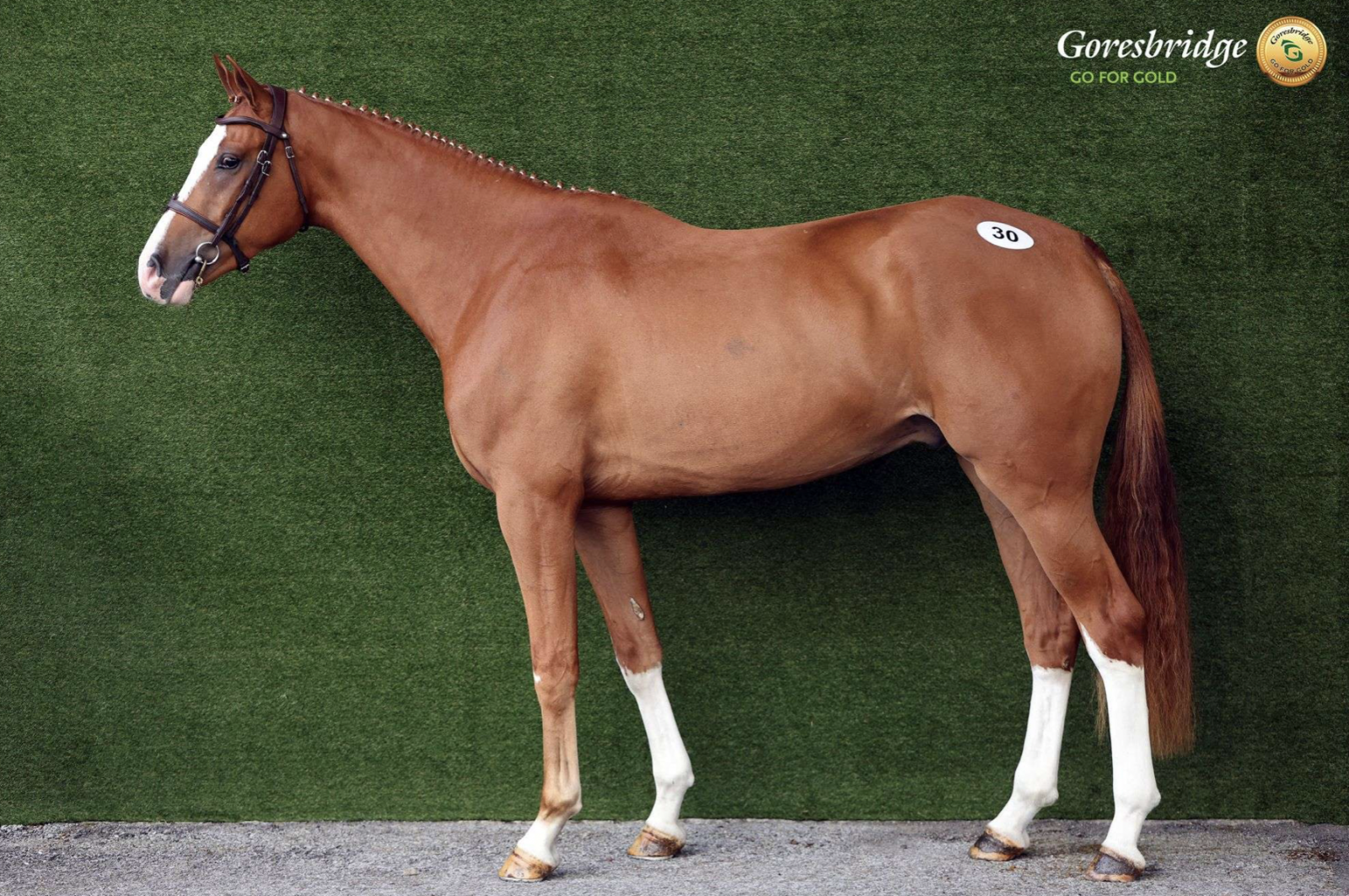 A number of five-star riders picked up new projects in the sale, whether buying for themselves or on behalf of owners: the fourth highest-selling lot in the sale, the enormously appealing MBF PLS Castlecomer Q (Castlecomer Q x Fornet Roos, by Cornet’s Stern) commanded a price of €47,000 and was ultimately secured by Steffi and Andrew Hoy, while MBF Barravalley, a very promising son of Tom Carlile’s Anglo Arab stallion Upsilon, was a surprisingly low seller at the end of the day, and was picked up by Irish team rider Susie Berry and her partner, Max Warburton, for the bargain price of €13,000. Nicolai Aldinger was delighted to place the winning €19,000 bid on Lot 86, Carrigshawn Apollo (Carrigshawn Quantum x Carrigshawn Polly, by Bolivar) on behalf of stalwart owner Jutta Spethmann, who also owns his top horse Timmo, with whom he was named as reserve for the German team at Pratoni this year. Who Knows (Yeats x Prime Adage, by Marignan), a lightly backed three-year-old, will also go to Germany, having been bought for €17,000 by Robert Sirch. 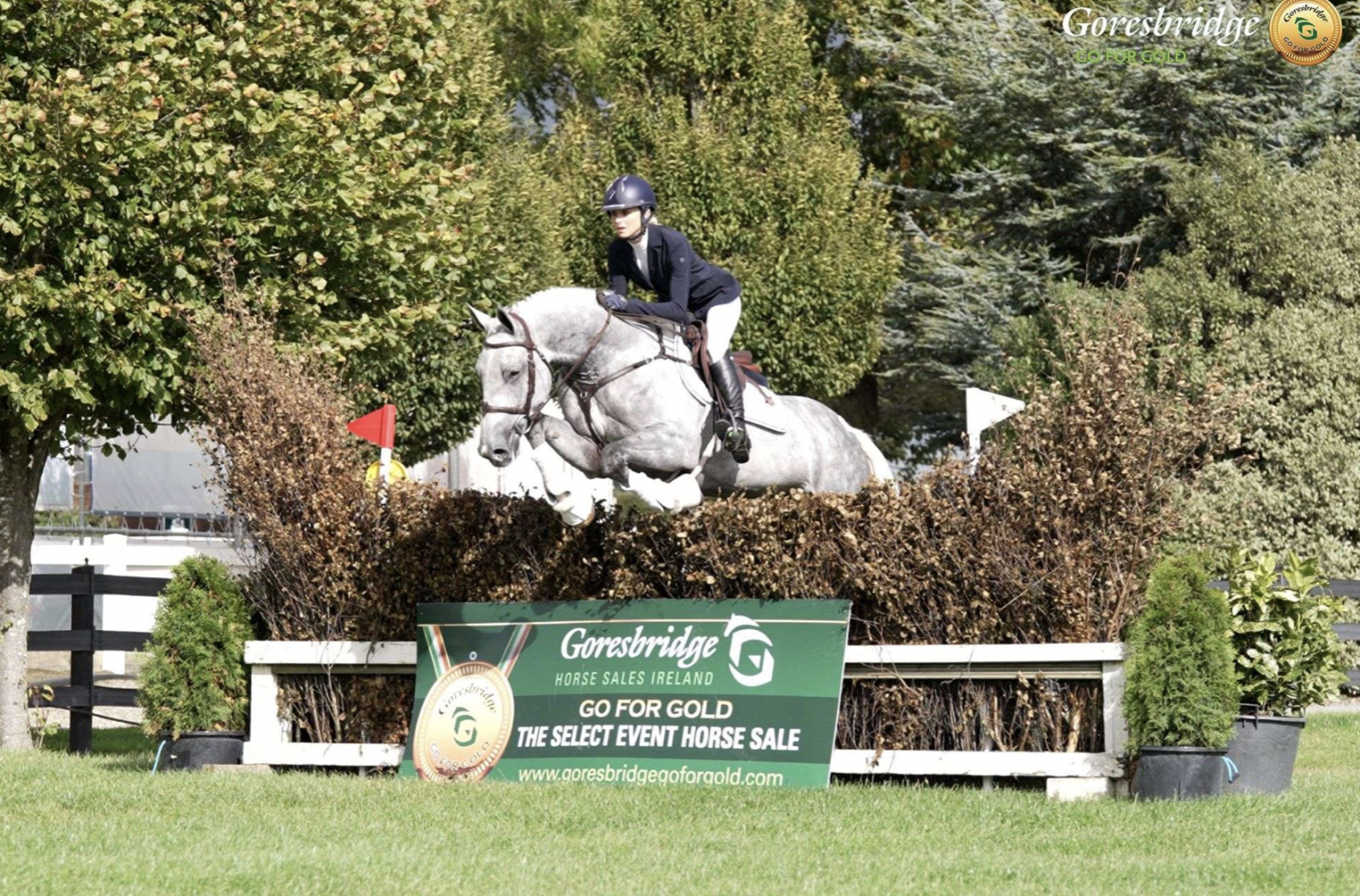 MBF Flintstone will head to the US under the auspices of agent Ruthie Meyer.

Plenty of the horses sold in this year’s catalogue will be winging their way to the US soon, too — and many of those were selected by Ruthie Meyer, busy acting in an agent capacity, who secured five lots, including the five-year-old MBF Flintstone, a horse that was among EN’s picks to go straight to the States. 19 horses in total will be heading to US buyers, while two will go to Canadian owners. One of those will join the stable of Katlyn and Karl Slezak, who purchased Maplevalleys Tyson (Tyson x Rowanstown Clover, by Touchdown) for €22,ooo.

You can check out the results of this year’s sale in full here, and stay tuned for a look behind the scenes at Goresbridge, coming soon on EN!