EN TRENDS:
Thoroughbred racehorses that go on to second careers are unique in that they have two retirements in their lifetimes: the first from the track and the second from the show ring. Thoroughbred Legends, a new EN series presented by Cosequin, seeks to honor off-track Thoroughbreds that went on to accomplish great things as upper-level eventers and now enjoy a second retirement in their golden years. If you know of a great Thoroughbred for this series, email [email protected] 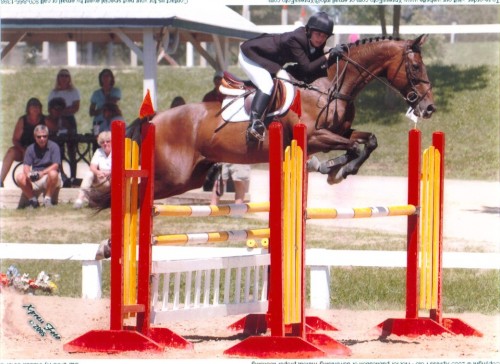 Ben and Rachel at the 2005 KY Classique. Photo by Xpress Photo.

A striking bay colt with a star named Point Piper was born to Thoroughbred glory in 1990. He was by Elegant Life out of Maranoa, and like many of his kind, destined for the racetrack. However, after 10 career starts and failing to hit the board even once, the gelding retired from racing, having earned only $701.

From there, the gelding was renamed Ben Starr and began a new career in his fourth year as a dressage horse. Much of Ben’s life for the next four years remains unknown, until eventer Martha Lambert bought him and took him through the Preliminary level within two years. At age 10, Ben met his person, and Rachel Zoller Sketo met her once-in-a-lifetime horse.

“I had been looking all over the country for a horse, and there he was, just right down the road from me,” Rachel said. She bought him in 2000 and was able to compete at a few Trainings and then move right up to Preliminary with him, her first time at the level. The next year, Ben helped Rachel achieve her B Pony Club rating, and the pair also won the MidSouth 3-Day CCI* long format event.

In 2002, Ben and Rachel competed on the Area VIII team at NAJYRC and won the silver medal individually in the CCI* long format. Following that, they made a smooth transition into the Intermediate level. As Ben was Rachel’s first upper-level horse, she took a nice long time at the Intermediate level, staying there through 2003, prior to entering college at Miami University in Oxford, Ohio. 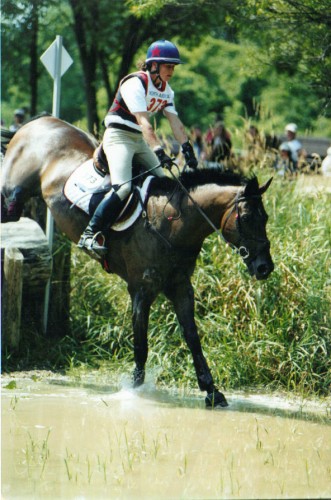 Rachel and Ben at NAJYRC. Photo by C. Knight.

“Selling Ben before college just wasn’t an option for me; he was my best friend,” Rachel said. “I decided to lease him to another young girl to help her gain some mileage.” However, when Rachel returned to school after a summer of riding Ben again in 2004, she realized that she badly missed riding and she was desperate to continue somehow.

In 2005, Rachel took the spring semester off school and went with Ben down to Florida to work with the O’Connors. Under their tutelage, Rachel and Ben completed their first CIC2* at Red Hills.

However, when Rachel returned to Kentucky that summer, something was wrong with Ben. She soon found out that he was suffering from EPM and promptly began treatment. He recovered very quickly and by the fall was back to competing at the Intermediate level, this time accompanying Rachel back to school.

In the summer of 2006, when Ben was 16, Rachel felt like they were ready for the Advanced level together. “Going Advanced was something I never thought I would do,” Rachel said. “I thought it was only for the professionals who were heading to Rolex or the Olympics.” However, they were able to easily complete two Advanced horse trials, placing fourth and third at Maui Jim and Richland, respectively. 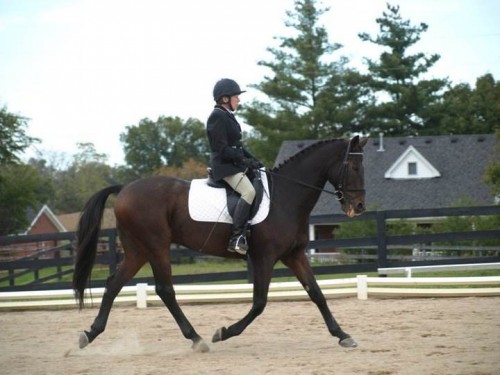 While Rachel traveled abroad in the fall of 2006, Ben competed at the Training level with Rachel’s mom and easily returned to Intermediate and Advanced in the spring of 2007. However, at the age of 17, he finally suffered an injury, straining a front suspensory. Due to his age, Rachel decided to retire him from upper-level eventing and officially give him to her mother for Novice and Training. Ben competed another four years at that level, until at age 21 he retired to do dressage at Third level.

“I was so young when I got him, so naïve, that I didn’t really know exactly how athletic and amazing he was,” Rachel said. “He was steady, yet fancy in the dressage. He was athletic and consistently clean in the show jumping. He was brave and honest and scopey on cross country. He really had no weak phase.” Ben finished his upper-level eventing career with 10 first-place finishes, 11-second place finishes and nine third-place finishes — certainly a Thoroughbred legend.